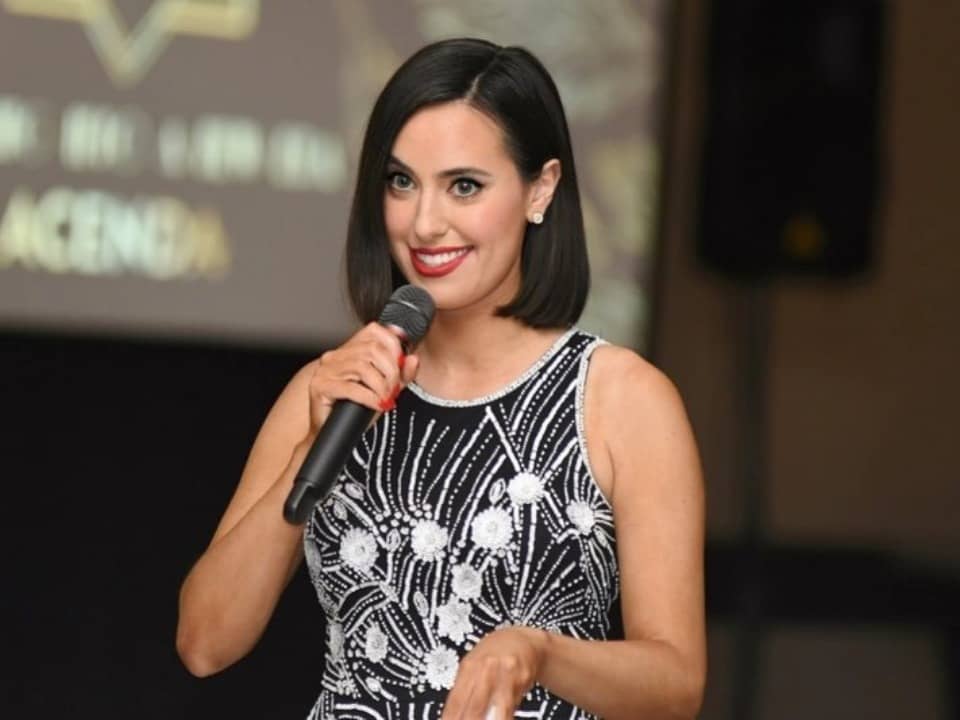 Katie Katro is a journalist and a news reporter, who is extremely well known for anchoring live newscasts for 6abc Action News Channel. She also has reported for many big networks, where she handled high-profile events like presidential meets with Donald Trump.

Katie Katro was born on the 10th of December, 1992 in Athens, Greece. Her parents were from communist Albania. She was traveling across the world at the age of 2. She resided in England with her parents, later moving to Belfast, Northern Ireland. They then moved to Philadelphia, United States. She grew up in Mount Airy and East Oak Lane before they shifted to Abington, where she resides now. Other than this, Katro hasn’t disclosed information about her parents or siblings.

Katro attended Abington High School. She attended Ithaca College from 2011 to 2012, where she pursued journalism and international politics. She then attended Temple University, and graduated in 2015 with a degree in Broadcast Journalism, and bagging 15 internships in major cities of the United States like New York City, Philadelphia, and Washington DC.

It was from her high school that she discovered her passion for journalism. She used to produce news pieces that she filmed and edited for Abington’s cable channel. In her senior year, she became the editor-in-chief of her school’s paper, The Abington. Because of her skills and dedication, she landed many internships. From September 2008 to May 2009, she interned as a Homework Helpline intern. She also has worked as a Multimedia Food Intern, WTXF-TV Good Day Philadelphia Intern, NBC News Special Intern, WTXF-TV Sports Intern, Philadelphia Wedding Intern, and Editorial Web Intern.

Two days after her graduation, she got her first official job, at 5NEWS. She started as a field journalist and fill-in correspondent at 5NEWS in Fayetteville, Arkansas. Here she reported actual and major events. A few of them were the LPGA Tour, the Walmart Shareholders Meeting, and the Bentonville Film Festival. Along with these events, she also covered many visits of Presidential candidates, including Marco Rubio and Donald Trump.

After that Katro moved to a station in Hartford, Connecticut, where she worked as a reporter and fill-in anchor. There she also served on the Communications Advisory Board for Manchester Community College, mentoring college students. In December 2018, Katro joined the 6abc Action News team. In September 2019, she worked as M.C. and helped present the awards at the 10th annual TDM Advocates breakfast in King Of Prussia, Pennsylvania. She is currently serving as a news reporter at 6abc Action News Channel.

Katro’s dedication to her work can also be seen through her official social media accounts, as she often shares snippets from her work. She has accounts on various social media platforms which are verified. Along with work, she also shares pictures of her gorgeous self. On Instagram, she can be found under the username @katiekatro6abc, while on Twitter she is under the handle @KatieKatro6abc. She also has a public fan page on Facebook which has around 52k followers. Her followers on Instagram and Twitter are 60.3k and 16.8k respectively.

There hasn’t been much news about her being in a relationship. It is highly possible that she is in a loving relationship and is keeping it away from the limelight, as she is a private person and isn’t one to share too much of her life with the media. But she looks single, which will definitely be a great joy to her fans who are dreaming of dating her.

Katro earned through her work as a television host and news reporter. Though there are no records of her actual salary, it is speculated that she earns $40+ thousand per year. She earned about $35,000 to $50,000 during her internships. According to sources, it is estimated that her total net worth is $200 thousand.