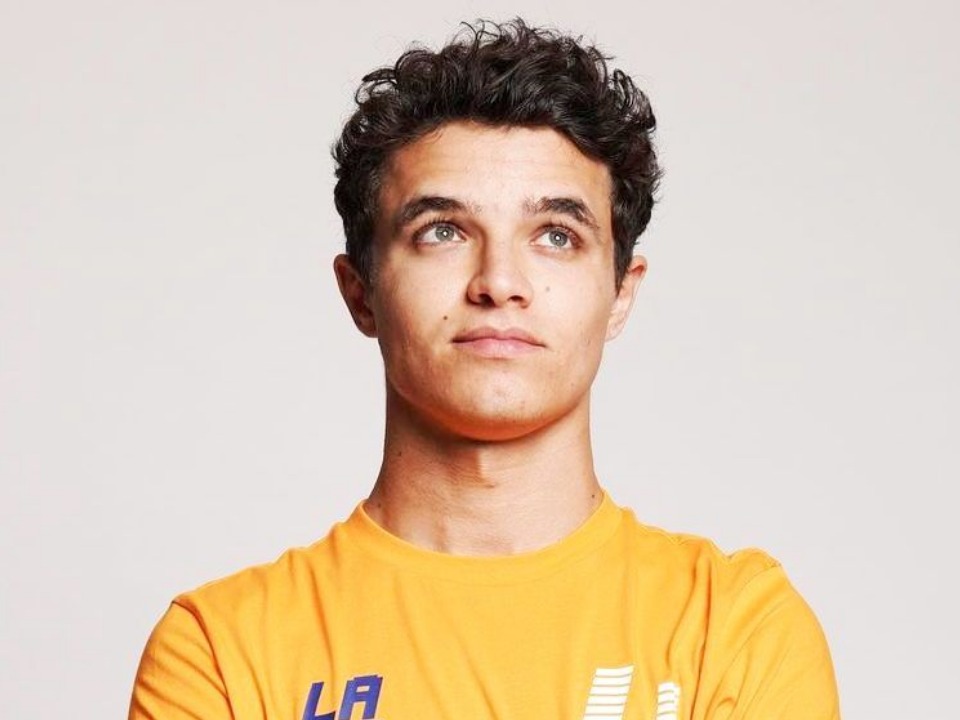 Lando Norris is a young and talented Belgian-British racer. He is the youngest ever Karting world champion as by 2010 he had won Britain’s Cadet Karting Category for the junior racer. At the age of 14, he won a world title in the KF category. He is also seen in a Netflix series named Drive to Survive. On his Twitter, he has 919.1 thousand followers and 2.5 million on Instagram account.

Lando was born on 13th November 1999 in Bristol, England.  The names of his parents are Adam Norris who is a retired pension manager and Cisca Norris who is from Belgium. He has two younger siblings named Flo and Cisca and an older brother named Oliver. Lando went to Millfield School located in Street, Somerset, England. He used to study mathematics and physics with a full-time personal tutor. Later his family moved to Glastonbury to pursue a career in racing as he resided in Woking which is close to McLaren’s headquarters. As he gave his heart and soul to racing, he started training for the competitions.

He initially developed an interest in motorcycle riding and later shifted to four-wheelers. His racing career began at the age of 7 when he claimed pole position at his first national event.  Later he started participating in various events like Ginetta Junior Championship, World Karting Championship, and many more where he also won. In 2015 he signed with Carlin Motorsport to drive their newly established MSA formula series. Next year he was seen in M2 Competition, BRDC British Formula 3 Championship, Macau Grand Prix, and many more. In 2017 he was with Campos Racing in a match named FIA Formula 2 Championship.

In 2018 he was seen in FIA Formula 2 Championship with Carlin, Weather Tech Sportscar Championship with United Autosports, and Formula One with McLaren F1. From 2019-2020 he was seen in Formula One with McLaren F1 Team. Lando will be seen in the 2021 Formula One race. So he has been training for the same and will be giving interviews about the same. He is also very much into gaming, so he has been active on Twitch for posting content and also played many video games. He will be soon seen competing as his matches were postponed due to the Covid-19 pandemic.

Lando is currently single there is no information shared about his past relationship but it is believed that he was in a relationship. He likes to keep his private life away from the limelight. His focus is totally on the upcoming karting match and video games.

Lando has earned a lot from his Formula 1 career and many other karting competitions. He also has his own business dealing with Apparel and content creation. His net worth has been estimated at around $1 million. The other sources of his income are from sponsors and event appearances.