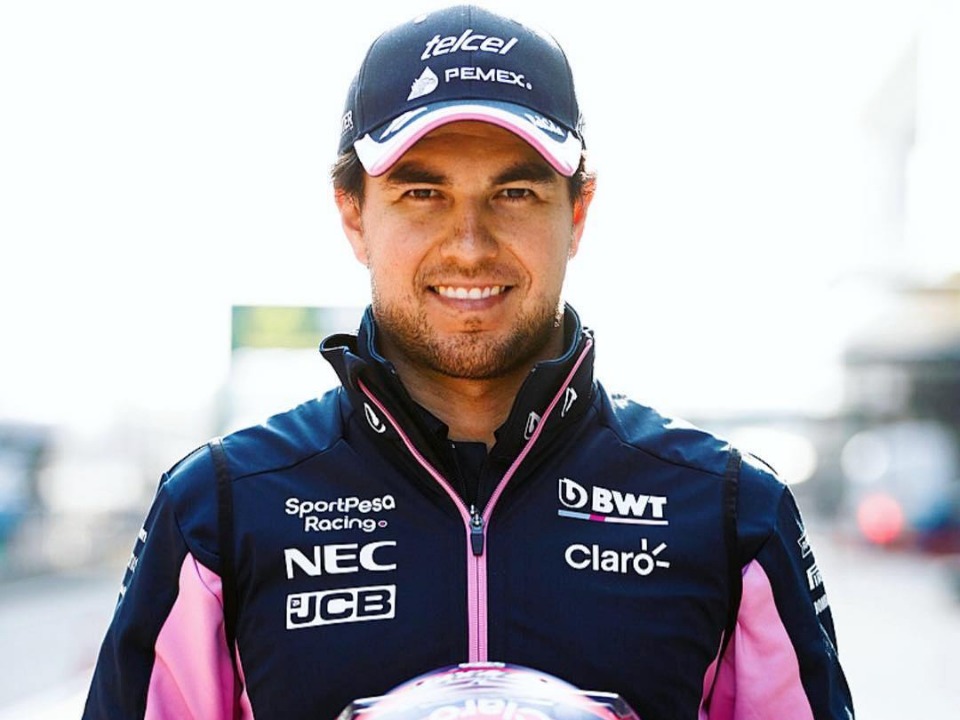 Sergio Pérez Mendoza is a Mexican racing driver for Red Bull Racing and races in Formula One. He has previously driven for Sauber, McLaren, Force India, and Racing Point. He won his first Formula One Grand Prix at the 2020 Sakhir Grand Prix and is called by his nickname Checo quite frequently.

Sergio Pérez Mendoza was born on 26 January 1990 in Guadalajara, Mexico to father Antonio Pérez Garibay and mother Marilú Mendoza de Pérez. He also has an older sister Paola and an older brother Antonio who is a retired stock car racing driver who competed in the NASCAR Mexico Series. Paola is the president of Checo Pérez Foundation to support orphans and children with cancer.

From a young age, Sergio was interested in Karting, in fact In 1997, he participated and won in the karting Youth Class, where he was the youngest driver in the category. Sergio began his racing career at the early age of 6 in Karting. He went on participating in many classes and tournaments and won several titles. But there is no information regarding his schooling or education.

In 1996, Perez began his career in Karting and soon he became the youngest driver in the category and earned a win, five podiums, and finished fourth in the championship. By 2003, he was leading both championships in the 125 cc category. In 2004, Sergio competed in the United States-based Skip Barber National Championship and finished 11th in the championship. The next year he moved to Europe to compete in more championships and then in 2007 Pérez switched to the British Formula 3 Championship and he grabbed 1st position in National Class. He became a member of Ferrari Driver Academy until 2012 and made his Formula One debut driving for Sauber during the 2011 season.

For the 2013 season, he signed with McLauren but as the team was not able to score a single podium, Perez was replaced with Kevin Magnussen. Soon, Force India signed Perez with a €15 million contract. At the 2014 Bahrain Grand Prix, he achieved his first podium finish since the 2012 season, with third place in the race. His highest championship position to date, with 78 points was seen at the 2015 championship. Then as Racing Point Force India became Racing Point, they retained Perez as a driver and signed a contract until the end of 2022. In September 2020, Racing Point announced that Pérez would be leaving the team at the end of the season and signed with Red Bull Racing for the 2021 season, replacing Alex Albon.

In 2016, when Donald Trump was elected as the US President, Sergio’s sponsor, The Hawkers which is a sunglass wear brand made a controversial tweet. Soon after the tweet was published Sergio dumped his sponsor for their comment.

The Formula One race has been married to Carola Martinez. He proposed to Carola on August 13, 2017, and on June 3, 2018, the couple exchanged their vows. The pair welcomed their first child on December 21, 2017, and named him Sergio Perez Jr. Soon after two years they had a daughter named Carlota on September 15, 2019. Sergio is very popular on social media platforms. On Instagram, he goes by the username @schecoperez and has 1.6 million followers. He is also active on both Twitter and Facebook with 2.3 million and 765k followers respectively. Other than his sponsorships and endorsements, Sergio is also seen posting insights from his personal life.

The Mexican racer debuted in Formula One in 2011 with the Sauber team. He has personal sponsors such as Telmex and Telcel both of them are Mexican telecommunications companies, and other than that he was also sponsored by Hawkers, Claro, etc. Reportedly his net worth is estimated to be around $30 million US Dollars with his annual salary being $8 million.