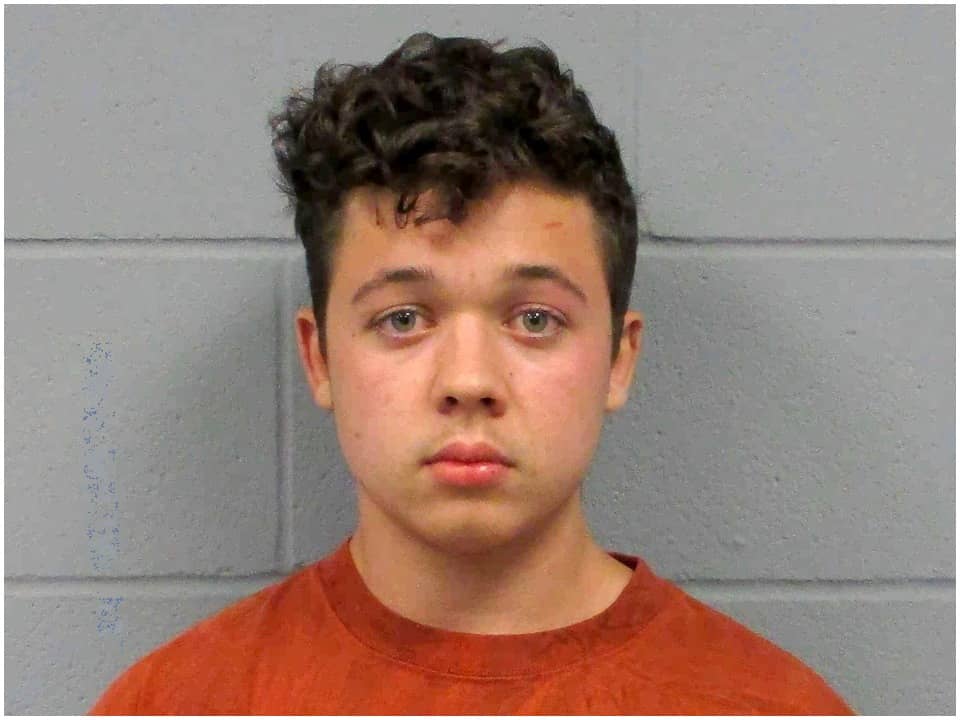 Kyle Rittenhouse is an 18-year-old teenager who belongs to Antioch, Illinois. He shot and killed two men and wounded another man while being confronted at two locations. The incident happened on 25th August one year ago in 2020 and it was named “the unrest in Kenosha, Wisconsin” after police shot dead Jacob Blake. Not much detail has been revealed about Kyle Rittenhouse. Only one thing is confirmed that he has killed two men and wounded the third one with his AR-style semi-automatic rifle.

Kyle was born on 3rd January 2003 in Antioch, Illinois, the USA to his parents Mike and Wendy Rittenhouse. Their first children Faith was born in 2000 and three years later his son Mike took birth in January while younger daughter McKenzie was born in December 2003. The family went through quite a rough patch as his father was drug-addicted and remained unemployed for more than two years. Wendy and Mike raised their children by doing multiple jobs that include machine operating, housekeeping, and cashier. Later they parted ways and Wendy continued her journey by adapting to a whole new life. She went on to become a certified nursing assistant although, she had to struggle financially despite her strong profession.

Last year in the summers, the country reeled from the murder of George Floyd and another black man named Jacob Blake who was shot dead by police in Kenosha made people shout with their voices on the street in Kenosha. The protest took the violent side and was soon met by civilians in Kenosha and around the places of the United States. On the third night of the protest, a white teenager shot and killed two men and wounded a third one with his rifle. He later became the symbol of the moment and was started being called a terrorist by some and a patriot by others. Now, on 1st November 2021, he was about to face a trial for those shootings.

At the time of the shooting, the young man was armed with Smith & Wesson M&P15 rifle. The individual who was wounded by Rittenhouse was armed with a handgun. In his answer, Rittenhouse said that he was there at the scene to provide medical aid to that person as he was carrying a medkit with himself at that time. Rittenhouse was charged with multiple counts of homicide. In the same case, another teenager was arrested with the charge of supplying a rifle to Rittenhouse unlawfully. Rittenhouse’s attorney said that the boy acted in self-defense upon hearing the firearm discharge and in response to protect himself he acted the way that he had not to.

On 1st November 2021, in the opening statement of the trial, the defense attorney Mark Richard said that the two of the men whom Rittenhouse shot dead had reached for his rifle that further made the teen fear his safety. The third man was armed with a handgun and seems to be part of the mob who attacked him like an animal in the street. He killed three men out of which two are being identified as Joseph Rosenbaum, 36, and Anthony Huber, 26 while the other who got wounded was Gaige Grosskreutz, now 27, with a bullet to the arm.

Recently, the trial of Kyle Rittenhouse took place on Monday where a jury of 11 women and 9 men were selected to serve in a process that lasted a single day. The jury seems to belong from white ethnicity with one colored person among the group of 20 as confirmed by Milwaukee Journal Sentinel. The jury is expected to carve 12 jurors for the final consideration. On the other hand, Rittenhouse said that he had to travel to Kenosha for the concern of his business that was going to see damage by the demonstrators. His prosecutor and team argued that he acted in self-defense.

Kyle is a single personality. Though he owes a business due to which he was about to travel from New York City to Kenosha. But, he has not disclosed much about his parents or love life. He is around 18 years old and has just started his life with his business which seems to come from his family’s side. The time when he came for the trial on Monday, 1st November 2021, he was suited in a blue-colored coat and pants with highly polished and charming skin with a classic hairstyle.

Kyle is running his family business although, it’s quite difficult to state his net worth. None of the information is available about his educational details or from where he pursued his college. He is still known to be guilty by those who all think that the 17-year-old child was not that capable to owe a semi-automatic rifle at that time and by those who think that he must not be punished just because he killed two men and wounded another one.