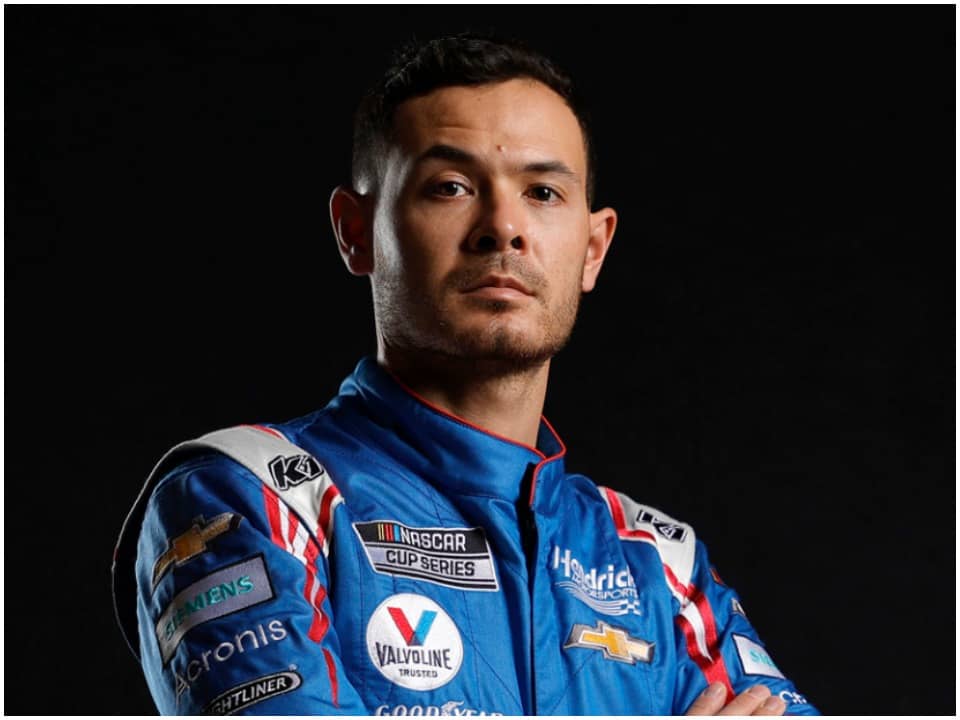 An American professional auto racing driver, Kyle Larson is considered to be a man with a sporting spirit. He spends most of his time correcting his faults and practicing for the races. At present, he competes full-time in the NASCAR Cup Series while part-time in the NASCAR Camping World Truck Series.

Kyle Miyata Larson was born on 31st July 1992 in Elk Grove, California to his father Mike Larson, and mother Janet Larson, who is a Japanese American. His maternal grandparents used to spend time in a Japanese internment camp. He grew up alongside her sister, Andrea Larson. Since his childhood days, he has been a huge fan of cars and racing. Unfortunately, Kyle has not revealed his educational accomplishments as he seems to keep it all in secret. Given her achievements and glancing his successful career hights, he appears to be well educated. However, it is known that he was good in academics too.

Larson competed in his first race with his parents a week after his birth. When he was 7, he knew his goals and began to work for them. At that time, he initiated his racing career in the Outlaw karts in Northern California. While as a teenager, he raced open-wheel cars, which also includes United States Auto Club midget, silver crown, and spirit cars. During those days, he used to compete for Keith Kunz Motorsports and Hoffman Racing with Toyota backing. He also raced in the world of Outlaws sprint cars. The racer has earned six USAC National Midget races which include the Turkey Night Grand Prix in 2012. To compete at the New Zealand race, he never stopped racing open-wheel cars for midweek races.

In 2013, he grove no.32 Chevrolet Camaro and moved to become a full-time racer to the NASCAR Nationwide Series for Turner Scott Motorsports. In 2016, he drove the no.42 part-time for GCR. Before initiating his 2019th season, he lost his first sponsor DC Solar, as his headquarters had been assaulted by the FBI. Later he started the season with a 7th place finish at Daytona. Recently in 2020, he joined GMS racing to drive no.24 trucks for the Homestead race. Throughout his Stock Car racing career, he has received heights of success in Dirt Trak racing, which includes his win in the Chili Bowl Nationals in 2020 and 2021.

On April 13, Larson was suspended by the GCR immediately without paying him after it was known that the day before, during an iRacing event, Kyle stated that “You Can’t hear me? Hey, nigger”, believing that he lost communication. Soon after Ganassi’s declaration, NASCAR also suspended Larson forever and ordered him to compete sensitively in training before he is permitted to race again. Various collaborations such as McDonald’s, Credit One Bank, and Chevrolet also turned down their sponsorship made to him. Later, he apologized while posting an essay on his website for using the slur and taking responsibility for his actions.

The athlete is been active on social media lately. He has earned a huge fan base. On his Instagram account, he has gained 235k followers under the username @Kylelarsonracin, where he posts pictures and videos of him racing as well as posts pictures with his family and friends. While on his Twitter account @KyleLarsonRacin, he enjoys around 436.1k followers. He has his own website called kylelarsonracing.com.

Kyle Larson took vows with the love of his life and a ling time girlfriend Katelyn Sweet. They tied knots on 29th September 2018 after getting engaged on 22nd December 2017. Katelyn is a sister to Brad Sweet, who is a world of Outlaw sprint driver and NASCAR driver. On 22nd December 2014, the couple was blessed with a baby boy named Owen Miyata Larson. Later, on 7th May 2018, they welcomed a new member of a family, a baby girl, and named her Audrey Layne Larson.

Kyle Larson is known to be on the list and is one of the 10 highest-paid NASCAR drivers in the world. Moreover, he owns a World of Outlaws sprints car team that fields a car for Carson Macedo. Over these years, his estimated net worth is $12 million, and has approximately earned $9 million between June 2018-June 2019. Most of his earnings came from his salary and winnings. He amassed his wealth mostly from the income he makes from his professional racing career.