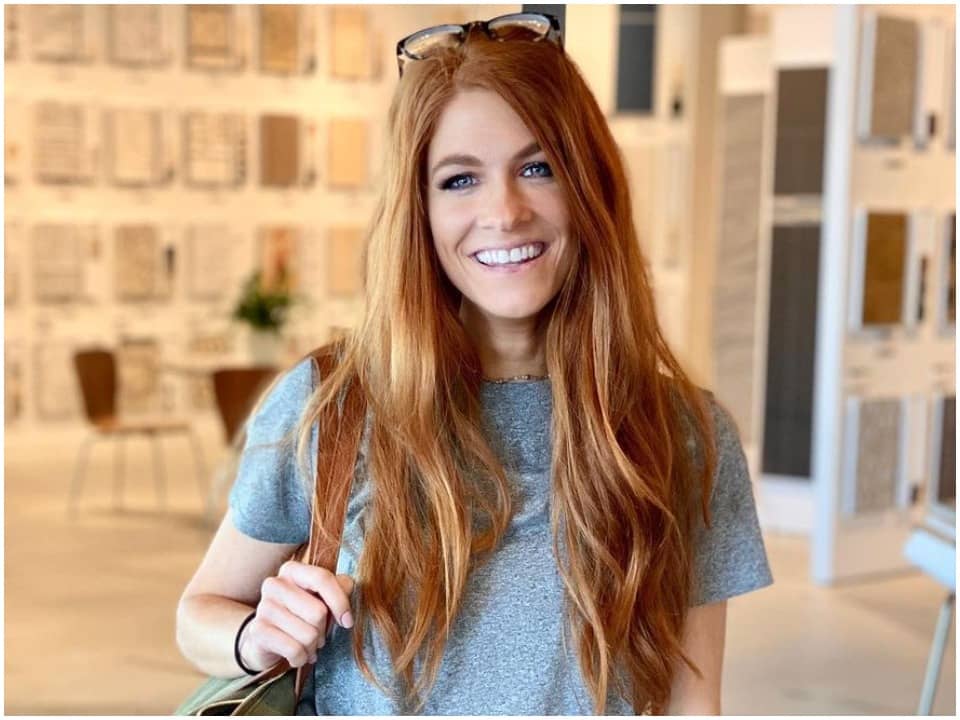 Jennifer Todryk is an American renovation expert and author famously known as the Rambling redhead after her famous lifestyle blog and is well known for her renovations, interiors, and house decors. She has become a respected and well-known face among home and design lovers.

Jennifer was born in Burleson Texas, the USA on 22 July 1988. Her parents are Josh Marsh and Cathy Marsh and she is known to have two siblings brothers named Colt and Kevin Marsh. She is currently 32 years old.

Jennifer has not shared much about her early education but it is believed that she completed her high school at Burleson High School, Texas. She then attended the Tarleton State University in Stephenville, Texas but her graduation year has not been shared. She completed graduation and acquired a degree in fashion merchandising.

Jennifer started her career after graduation in the fashion industry and started working at stores in Zara and forever21. She also interned with Marie Claire for a while before marrying. career took off in 2015 when she started her lifestyle blog by the name Life as Rambling Redhead. She shares hilarious stories and talks about life, house, parenting, décor, and fashion, etc on this channel. Jen started getting more and more attention online for her relatable content and hilarious blog write-ups and formed a community of her own. She also became well known over social media platforms. In 2017, she also authored a book named “W(h)INE: 50 wines that pair perfectly with your kid’s rotten behavior” written with a lot of humor about parenting life and struggles.

The book captured great response and is still beloved among readers. She also owns a café with her husband named Armor coffee bar and workspace where they try to offer a little bit of everything for every need. They started the café in 2019 and are still running successfully in business. She recently made her debut on television when she appeared on the HGTV channel on the show No Demo Reno. Jennifer appealed to a large audience when she transformed an entire house without even have to demolish a lot of it. She has only recently started to appear on such shows and revamp houses which have been a great success for her career trajectory.

Jennifer is currently married to her husband Mike Todryk, an Army Veteran. The couple met randomly once a day while shopping at a Zara store and Mike immediately asked her for a date. They haven’t shared much about their personal life but it is known that they dated for a while and then got married at an early age in Mexico. The couple has three kids together named Berkeley, Vivianne, and Ron. Her eldest is Ron, aged seven while her youngest is two years old Vivianne.  She is also a great lover of pets and animals and also owns a white retriever puppy named Gary. She is currently settled in Texas.

Jennifer is highly active on social media platforms. On her Instagram account, she currently has a total of 848k followers where she likes to post pictures of her home, different interior designs, pictures with her pet and kids, life updates. On her Facebook page, she has a following of more than 82,000 people. She also has a YouTube channel where she currently has 31.8k subscribers and likes to post videos about life hacks, home décor, and parenting.

Jennifer has been working hard for several years as a blogger and revamp expert. She has made a name for herself as a happy-going and funny lifestyle blogger whose expertise is in home decors and interiors. She has earned a lot of wealth through several house revamp projects and also has a successfully running coffee shop business. Her estimated net worth including that of her husband is estimated to be around $1.5million.