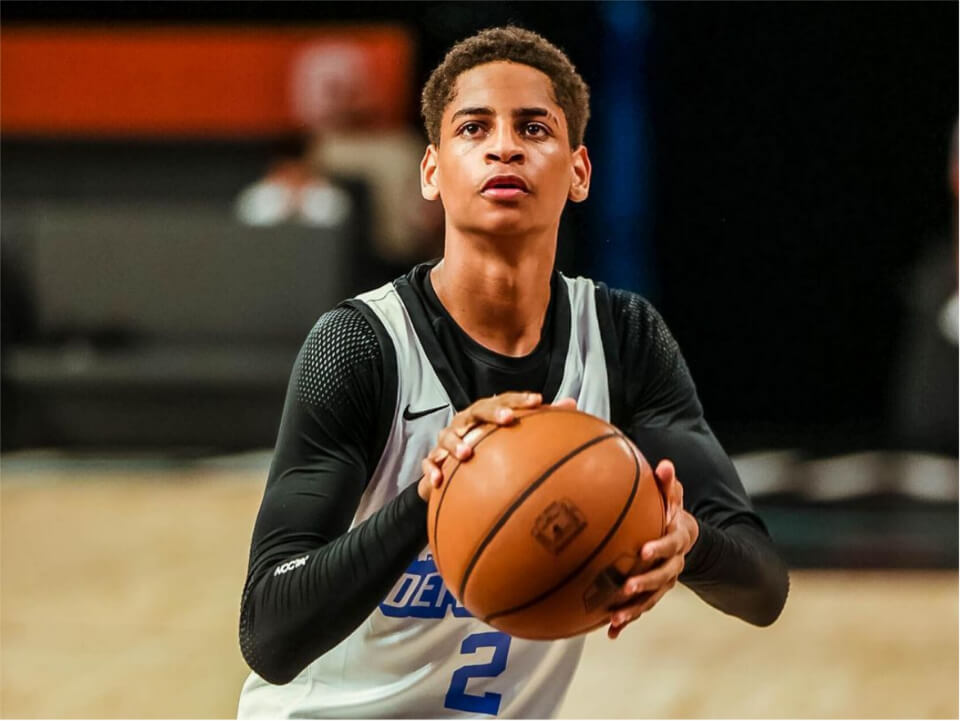 Kiyan Anthony was born on 7th March 2007 to well-known basketball player Carmelo Anthony and TV personality Nicole (La La) Anthony. He was born while his parents were engaged and they later got married in 2010. However, his parents have recently decided to go for a divorce due to personal reasons. Kiyan has grown up in a large family along with his grandparents, aunts, and uncles, and is immensely loved by all. Kiyan is currently attending high school at Christ the king high school in New York. He is part of the school basketball team and is set to graduate high school in 2025. He has previously attended Calhoun school and Lakeridge Junior High. Other than this, there isn’t much known about his academics and qualifications.

Kiyan grew up learning basketball from his father and inspired by him, he decided to make his own career in the same. He currently plays basketball as the shooting guard position for his high school team. He is the No 62 ranked recruit from his class. Other than this, he also plays with Team Melo in the AAU on Nike Circuit. Much is not available about his career prospects however he is often seen working out in the gym and practicing for his basketball game.

He is set to have a successful career ahead and is completely focused on making the most out of his amateur career at the moment. He has already got offers from several colleges like Bryant Bulldogs, George Mason Patriots, Manhattan Jaspers, Memphis Tigers, etc. Kiyan has recently received a scholarship from Syracuse Orange for which his father won a national championship 20 years ago.

Kiyan has not shared anything about his personal life, friends, or relationships and likes to lead a private life. He is known to be close with his parents however is currently going through a lot due to his parent’s divorce. His mother recently moved into a new place in New York and he lives with her at the new residence. Kiyan is currently focused on his career and not much on relationships.

Kiyan is currently a high school student and thus does not have any income. However, he is known to live a lavish lifestyle and enjoys the life built by his celebrity parents. He is currently dependent on his parents whose net worth can be estimated to be around $ 8 million.