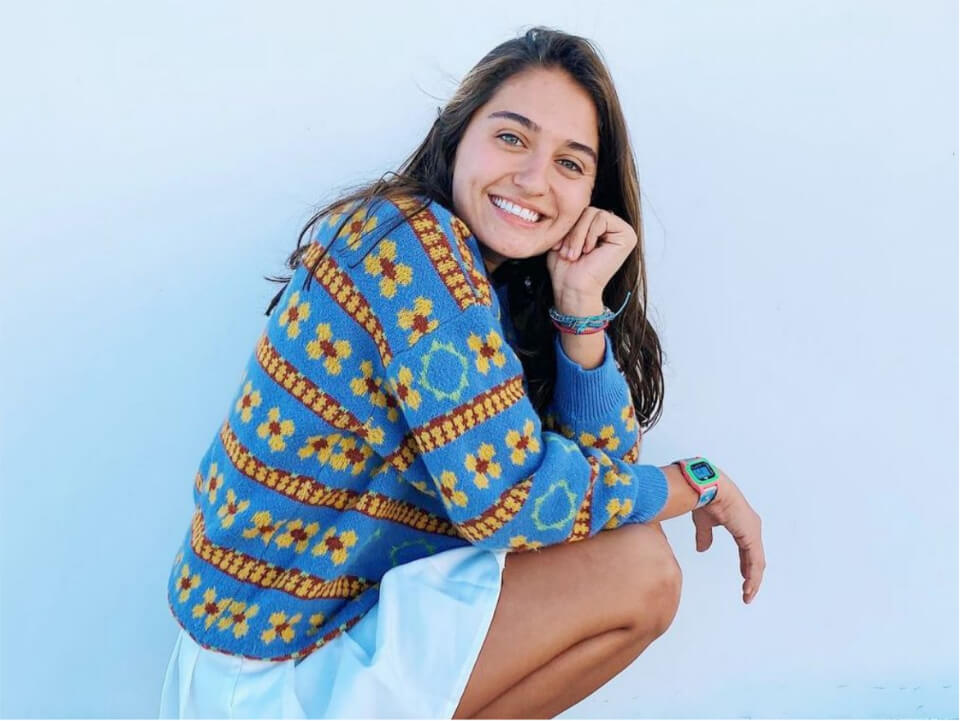 Avery Blanchard, known as Avery Cyrus in the social media world, is a Texas-born American personality who was born on 23rd May 2000, making her 22 years old as of 2022. She shared her childhood with her younger brother, Jake. she has completed her education at the University of Houston.

Avery is a social media star who has risen to fame because of her TikTok channel “averycyrus”. She has earned massive popularity for her lip-syncs and clips from her everyday life. Previously, she was associated with Team Colour Sound, which used to manage her work and her social media. Currently, she is managed by UNDERCURRENT.

Avery began with short films and videos on TikTok, which she joined back in 2019. She began her debut that time only, and since then she has gained nearly 8 million fans on her channel, @averycyrus. Most of her posts include lip sync videos, glimpses from her day-to-day life- that are made of sketch forms, and various other fun and art projects. Among her various projects posted on the TikTok channel, one of the famous ones included a video from June 2020, where she was set to singer and rapper Doja Cat’s song Freak. She was accompanied by the other famous TikTok stars, AG McDaniel and Soph Mosca, in the same video.

Cyrus is also available on her Instagram account by the name @itsaverycyrus, followed by various 339K followers. She is available on Twitter also, joined back in July 2013, and since then, she has more than 24.4K followers. Among the various videos and the daily content posted on her Twitter, one of the famous ones is her Candy Kiss Challenge!!, which received various or even millions of views. Despite all these, she has also posted a lot of content based on the LGBTQ community. She is also managing her merchandise where she works and sells her stuff, including T-shirts, hoodies, socks, mugs, and phone cases.

Avery Cyrus has openly declared herself bisexual and is also romantically linked with another TikTok star Soph Mosca. Currently, she is speculated to be dating YouTube star Jojo Siwa. she says there is a new love in JoJo Siwa’s life. In mid-August 2022, the former girlfriend of JoJo named, Kylie Prew, revealed that they’d been broken up for two months. Several days after this revelation, JoJo confirmed that she is now dating Avery.

Afterward, the pair went public to showcase their love in front of the camera. On 13th September, Avery and JoJo officially announced their relationship on TikTok, showing the two kissings each other in a Chuck E. Two days after this appearance, the pair was seen together on the red carpet. The couple sparked their romance after they filmed for a TikTok video on 5th August and were seen together in one video. As per the words spoken by Avery Cyrus, she revealed that-

The pair leave flirty messages for each other and are deeply seen in love when they connect on videos on social media.

As discussed in the career section, Avery is a social media star, so it is obvious that she is highly presentable and available on almost all social media platforms like Instagram, YouTube, TikTok or even Twitter. She launched her YouTube channel by her name and has over 144K subscribers or even more than that. As of 2022, she has over 8 million followers with 279.2 million likes (she has a maximum on her unique and conceptual videos). She has also posted many videos showcasing her lesbian side, including her friends and girlfriends.

Seeing her hard work and attention-seeking qualities in public, it is inevitable that she is earning around $1 million. Although she has not specified things regarding her net worth and salary per month, she is sure to get good revenue from her YouTube ad revenue, as per SocialBlade. She is also working as a merchandiser selling various kinds of stuff like T-shirts, mobile cases, etc.