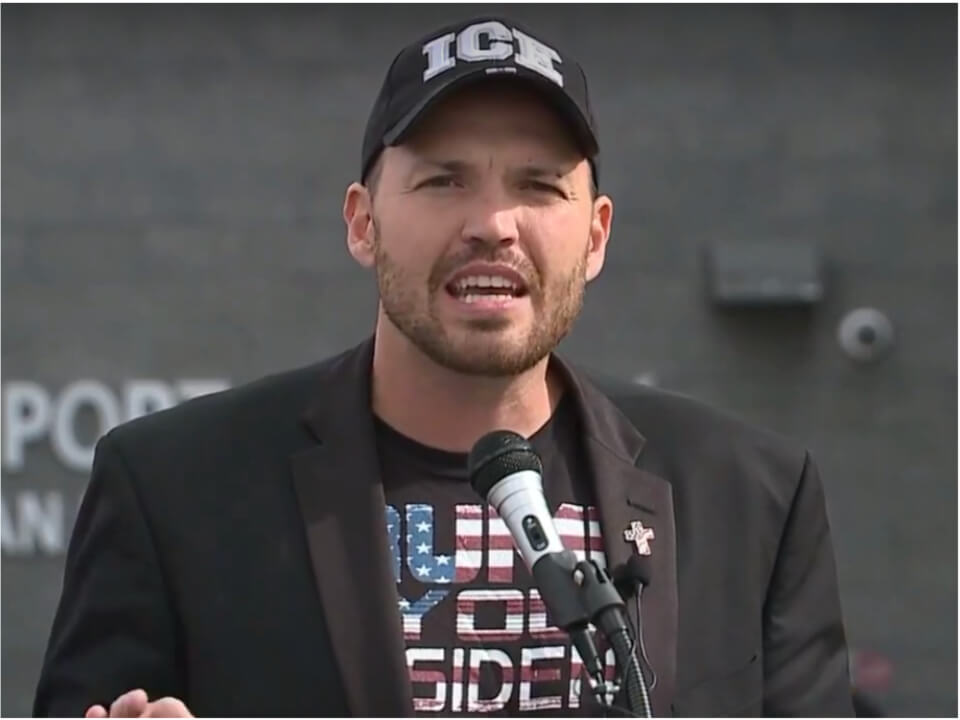 Ben Bergquam is a well-known Texas-born conservative Christian correspondent. He is the host of “Law & Border “ on RAV-TV News. His experience includes working in the state government and the private sector and engaging in political activism in California and America.

Ben Bergquam was born on 30th November 1984, making him 38 years old as of 2022. He was born in Dallas, Texas, and was raised with other siblings in Africa for ten years. His father was a minister of the Christian faith, and His mother was a nurse. In 1989 Ben and his family moved back to America and lived in San Jose. He went to Sierra High School to pursue his education. Ben graduated from Fresno State University. Later, he earned an MBA master’s degree from Fresno State University.

During college, Ben started a conservative company with two friends called Patriots for America’s Independence. The goal of the conservative company was to educate students about conservatism. After the selection of Barack Obama as the president of the USA in 2008, he joined the Central Valley Tea Party. Eventually, he got involved in Valley issues, including the fight against radical environmentalism, which stands on the motive of destroying agriculture in the Central Valley, along with many other industries.

During that time, he was invited to speak at several Tea party events across the country, traveled from the east to the west coast communicating the plight of the Central Valley farmer, and ultimately spoke at the 9/12 National Tea Party event in Washington DC. During those years, Ben met many freedom-loving patriots, including former Fresno Mayor and now CA State Assemblyman Jim Patterson. In 2010 he ran a congressional campaign that outspent 15 to 1 and narrowly lost the election. That process was his first real insight into the political world.

Shortly after the campaign, Ben started working for a living. He went to work for a large corporate retailer in Stockton, CA. After two years of working, he was sucked out by politically correct corporate nonsense. Later, he decided to move back to the Fresno area and start his own fitness business, Ground Force Fitness (which he still operates). Eventually, he returned to work for Jim Patterson, an honorable man who had since won the bid for CA State Assembly. Ben worked as his field rep to interact with voters across the Valley on his behalf and saw first-hand the California politics sickness. In 2014, after two years of working for the State Assembly, he wanted his political voice back.

Later, he went back to work in the private sector as the sales and communications director for a local synthetic grass company for three years and began re-engaging in political dialogue. He also owns Ground Force Fitness, specializing in outdoor wise well-being schooling, instructing, and new commerce traits. Currently, he is actively in Frontline America as a Director. The institution where he works as a director works to level out the leftists and communists living in America. In November 2022, he exposes how horrifying the US Southern border has become and how the Democrat policies that entice people to risk their lives are not at all compassionate.

Ben was a supporter of Donald Trump. He has been traveling the state inspiring or mobilizing Christian conservatives to stand up for righteousness and saying “what we believe in Christ, Family, and Country.”. for the past several months. He supports children’s lives and futures. In his portfolio (mentioned on the company’s page, where he does his job), he has also attached a link where you can support financially various people, poorer, children, and deprived population. He is also open to attending any event (that targets service to the poor population). He openly says he will join the events and add them to his calendar to mobilize the target of the events.

Ben Bergquam is a married man who tied the knot with Villy Bergquam. The couple has two daughters, Chloe and Olivia. On June 21, 20221, his family met a horrible coincidence concurrently traveling to Arkansas. The family was traveling in the car when they all met an accident and had to undergo various surgical procedures. This took them three to four years to recover from the accident injuries.