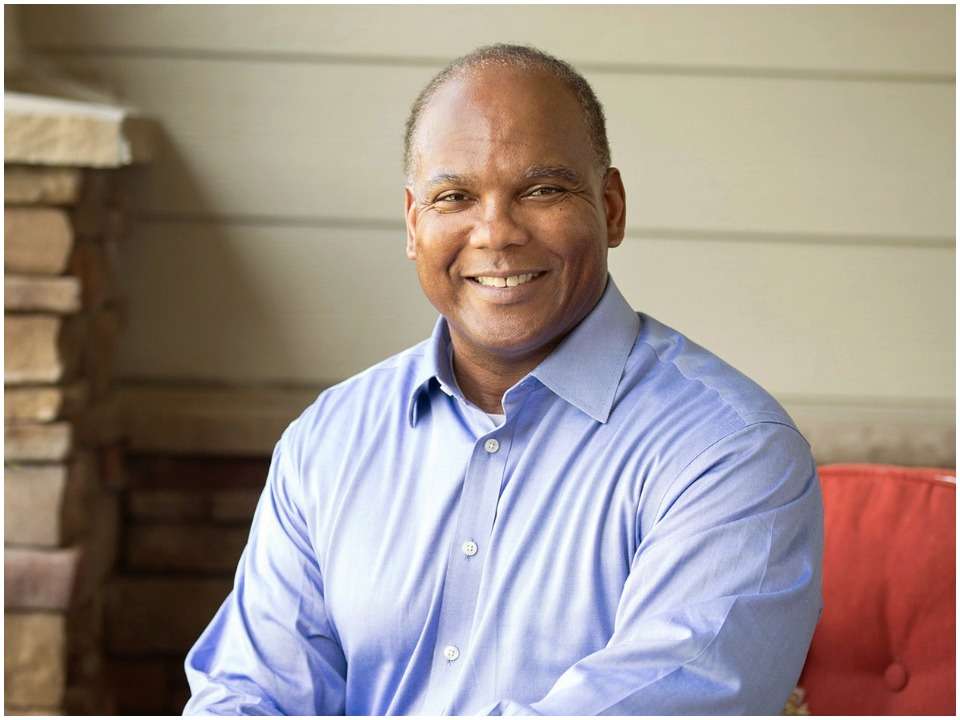 Kendall Qualls is a man who belongs to the Republican Party and is running for the election for Governor of Minnesota. Qualls has declared his candidacy for the elections of 9th August 2022. The general elections will take place on 8th November 2022. He is serving as a U.S. Army veteran, Republican, and vice president of a Fortune 100 company. In January 2022, he announced his intentions of running against Governor Tim Walz.

Kendall Qualls has not given any detail regarding his date of birth or year of birth. However, it is confirmed that he is living in his late 50s. As far as his education is concerned, he went to the University of Michigan where he received his degree of MBA with an emphasis on strategy. He is also a degree holder of MA in Communications which he received from the University of Oklahoma. Despite this, he has received his MA in Economics from OKC University. Also, he went to Cameron University where he obtained his degree of BA in Political Science.

He is not only a U.S veteran but also a transformational and result-oriented leader. He began his professional life while pursuing the position of captain in field artillery of the US army. Kendall served at the position from August 1985 to November 1990. He served the position in the US and South Korea. Thereafter, he became the executive leader at Fortune 100 Healthcare Companies where he spent almost 27 years of his life from 1990 to 2017. Most recently, Kendall is the founder and president of TakeCharge- the organization that helps to promote the idea of promising and alive Americans regardless of any discrimination on race and social standing. He has also spent two years and six months as a chief commercial officer and EVP at PotentiaMetrics.

In addition, he has spent a few years of his life in holding the responsibility and a few known roles in Pharmaceutical, Biotech, and Medical Device companies such as Johnson & Johnson and Roche Labs. Throughout his professional life, Kendall has built a strong position in business and has developed or worked in different niches, building the different companies and pharmaceutical units of the industries. The outcomes of one of his projects were published in Harvard Health Policy Review on 7th January 2018.

Kendall also served at the position of Board of Trustees at Nyack Hospital in metro NYC along with the position of Board of Directors at Colorado Uplift. The organization Colorado Uplift possesses over 35 years of record in breaking the cycle of poverty. Despite all these positions, Kendall has also served as the vice president of the marketing and sales function. He has served at the position of P & L responsibilities of business units having the net sale of $600M to $1.1B and a personnel responsibility of 225 people.

Kendall is a married man who has a wife and well-settled children who have all now become teenagers. Kendall Qualls is married to his loving and beautiful wife named Sheila Qualls. The family is known to reside in Minnesota. The couple has been married for 30 years. The couple often speaks about the Critical Race theory. Sheila Qualls has been a former editor and civilian journalist. She has a well-established career life that she has spent while being an active member of the US Army’s newspaper. Currently, she is serving as the speaker, writer, and stay-at-home mother.

Sheila and Kendall share five children. Most of their teenage kids have now graduated. According to the website excellent wife, Sheila Qualls says that she has been married to Kendall for over 33 years. They both have given birth to four children and have adopted one. The pair has survived over 10 corporate moves and 20 years of homeschooling. Sheila Qualls is popularly known for giving coaching and mentoring countless women. She gives the morals based on Bible studies and severe responsibilities of being a leader with the role of Bible Study Fellowship in her church. Currently, the family is residing in Minnesota with their five children and a black lab named Largo.

It is for sure that Kendall Qualls is earning millions. He must have a net worth of around $3 million. He is actively presenting himself in the general elections for the governor of Minnesota. Previously, he was appointed at different positions including captain in the US army, an executive leader at Fortune 100 Healthcare Companies, chief commercial officer and EVP at PotentiaMetrics, founder and president of TakeCharge Minnesota. Despite this, he has also remained an active candidate for the U.S congress for at least one year from January 2020 to December 2020.