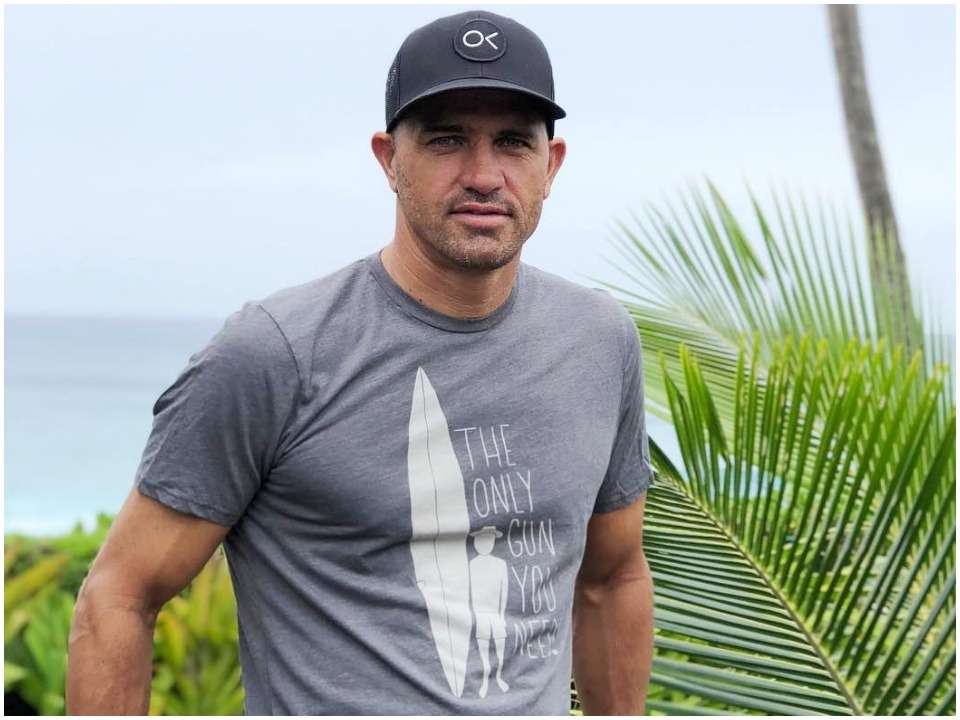 Kelly Slater is an American Professional Surfer. His favorite waves are Cloudbreak, Pipeline, and Deerfield Beach Pier. In 2003 and 2004 he won the Gold medal in the X-Games. He is also the older surfer to perform a 10 point ride in World Surf League at 2019 billabong Pipe Masters. Recently in 2022, he competed in Billabong Pro Pipeline in Oahu, Hawaii, and also hints at retirement.

Kelly was born on 11th February 1972 in Cocoa Beach, Florida, United States. The names of his parents are Judy Moriarity and Stephen Slater. He also has two brothers named Sean and Stephen. At the age of five, he started surfing. Kelly completed his high school education at Cocoa Beach Senior High School. The details about his further education have not been shared with the media yet. At a young age, he participated in various surfing competitions.

In 1984 he won his first age division United States Championship title in surfing. He decided to focus his career in the field of surfing. In 1990 he turned professional and was honored with Body Glove Surfboat in Trestles, California. From 1990 to 2022 he was seen in many surfing competitions and has been honored as well. In 1994 he has been crowned as World Surf League Champion and held the record 11 times. He was seen in various surfing events like Quiksilver Pro, Billabong Pro, Volcom Fiji Pro, Hurley Pro, Nike Pro US Open, Rip Curl Search, Hang Loose Pro, and others throughout his surfing career.

He also joined Rob Machado and Peter King in a band named The Surfers. Apart from his surfing career, he has also made appearances in various TV series and films. He was seen in TV series named Baywatch, The Jersey, The Girls Next Door, and The Ultimate Surfer. His role in films are seen in Focus, Endless Summer, Hit & Run, The Show, Surf’s Up, Down the Barrel, One Track Mind, Campaign 1, Step into Liquid, Fighting fear, View from a Blue Moon, The Ocean, Waveriders and many more films.

Kelly is dating his longtime girlfriend named Kalani Miller for more than five years. They are rumored to be engaged and not married yet. He has previously been in a relationship with Cameron Diaz, Pamela Anderson, and Gisele Bundchen. In 1996 he was blessed with his daughter named Taylor.