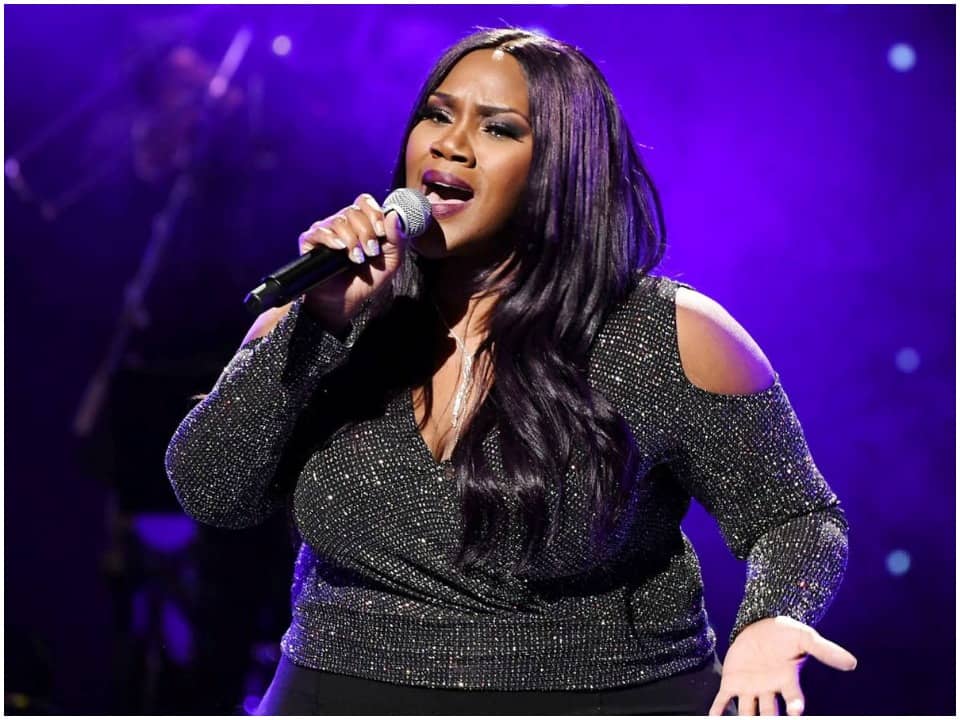 Kelly Price is a well-known R&B and gospel singer, songwriter, author, and actor from the United States. She is a gifted singer who has recorded numerous songs and albums under her name and is also associated with a lot of labels as well.

Kelly Price was born in Far Rockaway, Queens, New York City, on April 4, 1973. Claudia Price, her mother, is a public health activist who educates the public about the disease. She was diagnosed with inflammatory breast cancer but, due to a lack of insurance and funds, she died last year. Her father, Joseph Price, passed away when she was only nine years old. Kelly started singing at church when she was a toddler.

She is known for her work as a backup and guest vocalist. Mariah Carey’s “Fantasy,” The Notorious B.I.G.’s “Mo Money, Mo Problems,” and Mase’s “Feel So Good” are just a few of the notable singles she has appeared on. Faith Evans, Aretha Franklin, and Brian McKnight are among the performers for whom she has provided background vocals. Her first album, “Soul of a Woman,” was published in 1998 and featured the breakthrough single “Friend of Mine,” which reached number one on the US R&B chart. She followed up with her second album, “Mirror Mirror,” which had the breakthrough singles “You Should’ve Told Me” and “As We Lay,” earning her a Grammy nomination.

She starred in the comedy film “Bringing down the House” in 2003, and her third album, “Priceless,” was published the same year. In 2006, she released her first gospel album, “This Is Who I Am,” which debuted at No. 1 on the Billboard Gospel Charts and No. 9 on the R&B Album Charts. Her song “Why” was featured in the 2007 comedy-drama film “Why Did I Get Married?” on the soundtrack. Her song “Tired” was featured on the soundtrack of “Madea’s Big Happy Family,” a 2011 film. She collaborated with Kanye West on his album “The Life of Pablo” in 2016. She also collaborated on K. Michelle’s hit, “Not a Little Bit,” as a co-writer.

Kelly is a breast cancer activist and the chairwoman of the Sister to Sister Fitness Festival, which is in its sixth year. In December 2000, Price gave $250,000 to the fight against breast cancer.

Kelly Price married Jeffrey Rolle Sr. in 1992, but after 23 years of marriage, they divorced in 2016. Jeffrey Rolle, Jr. is their son, and Jonia Rolle is their daughter. Kelly is now a single mother with two children.

Kelly Price, a gospel singer, came into the limelight after being reported missing earlier this week. Cobb County police verified to PEOPLE that the iconic singer, 48, was reported missing in Cobb County, Georgia. Price vanished after being discharged from the hospital where she was being treated for COVID-19, a virus for which she had tested positive over two months prior. Her children paid her a visit when she was in the hospital, and her family last spoke with her in early August. Price’s condition deteriorated while she was in the hospital, and she spent time in the intensive care unit.

She was reportedly discharged three weeks later, but she was still not totally recovered, according to reports. Price’s family has told police that they haven’t heard from her since her discharge and that her boyfriend won’t let friends and family see her at her house. However, according to Bossip, Kelly’s boyfriend was “compliant” when officials spoke with him. Last Saturday, they also requested that officials do a welfare check at her residence. As a result, Price was officially declared missing. Cobb County officials do not suspect foul play, but they are conducting an active search for Price.

Kelly Price’s net worth as of January 2021 is $4 million. Her profession as a singer and songwriter has provided her with the most of her earnings. We wish her the best of luck in all of her future ventures and hope she continues to entertain and inspire us in the same manner she has in the past.