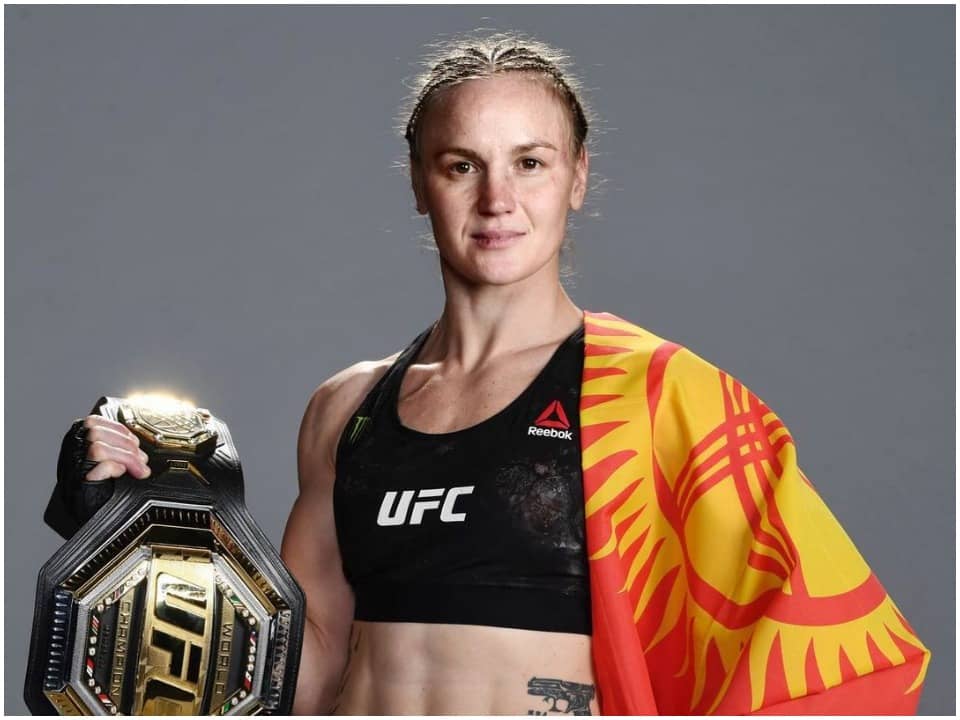 Valentina Shevchenko is a Russian professional mixed martial artist. She has formerly fought for Muay Thai Fighter and is currently a part of the UFC flyweight division and has also been named as UFC Flyweight Champion. She is the younger sister of a UFC fighter being named Antonina Shevchenko. As of September 21st, 2021, she retained the 2nd spot in UFC Women’s pound-for-pound ranking since 2020.

Valentina Shevchenko was born on 7th March 1988 in Frunze, USSR in a Ukrainian family but she describes herself to be Russian as her native language is Russian and she plays for the same country. Her mother who named Elena Shevchenko is currently the president of Kyrgyzstan’s national Muay Thai association. Her father named Anatoly Shevchenko used to work in the Pacific Fleet of the Soviet Navy during the Cold War and played football nationally for Kyrgyz. Being from a sports background and after playing combat sports at an early age, she started practicing Taekwondo at the age of 5 under the influence of her elder sister Antonina and her mother who both participated in their respective sports. At the age of 12, she started practicing kickboxing and then freestyle Vale Tudo.

Valentina Shevchenko has won overall 50 amateur matches in Muay Thai, Kickboxing, and K-1. She lost her first-ever played game of kickboxing to Debby Urkens in 2008 and then her second loss was against Cong Wang in 2015. While playing for IFMA World Championships and IMFA Royal World Cup in 2015, she has won a total of eight gold medals. During her performances in these competitions, she defeated Joanna Jędrzejczyk (UFC Women’s Strawweight Champion) three times and Lina Lansberg (future UFC fighter) one time. Valentina is considered to be one of the best women being there in Muay Thai fighters in the world.

She began her kickboxing career at the age of 12 when she knocked out a 22-year-old opponent which further made her earn the moniker “Bullet” from her trainer Pavel Fedotov because her speed in the ring was prodigious. Thereafter in 2007, she traveled to Peru with Fedotov and Antonina where they all became martial arts teachers. Valentina earned her Peruvian citizenship in 2008 and knows three different languages including English, Spanish, and Russian. Valentina went to the National Academy of Arts of the Kyrgyz Republic and earned her degree in Film Directing. In 2019, she was being honored with Dank order by Kyrgyz President Sooronbay Jeenbekov. Valentina and Antonina became the first pair of sisters to enter UFC 255 while featuring the same fight card.

Valentina is a professional Russian mixed martial artist who has been retired from Muay Thai fighter. She is one of the important contenders in the UFC Flyweight division where she holds numerous championships titles. Currently, she is believed to be single though she has been seen accompanying a man secretly who used to appear for his fighting games in the ring. She has also been rumored to have a relationship with her coach who seems to be close to her for post-fighting poses. However, she doesn’t seem to be dating anyone neither she has detailed anyone with whom she is in a relationship.

Valentina Shevchenko is estimated to earn a net worth of around $5 million. She is one of the most dominant MMA fighters who have earned a huge reputation for herself while playing in the ring.