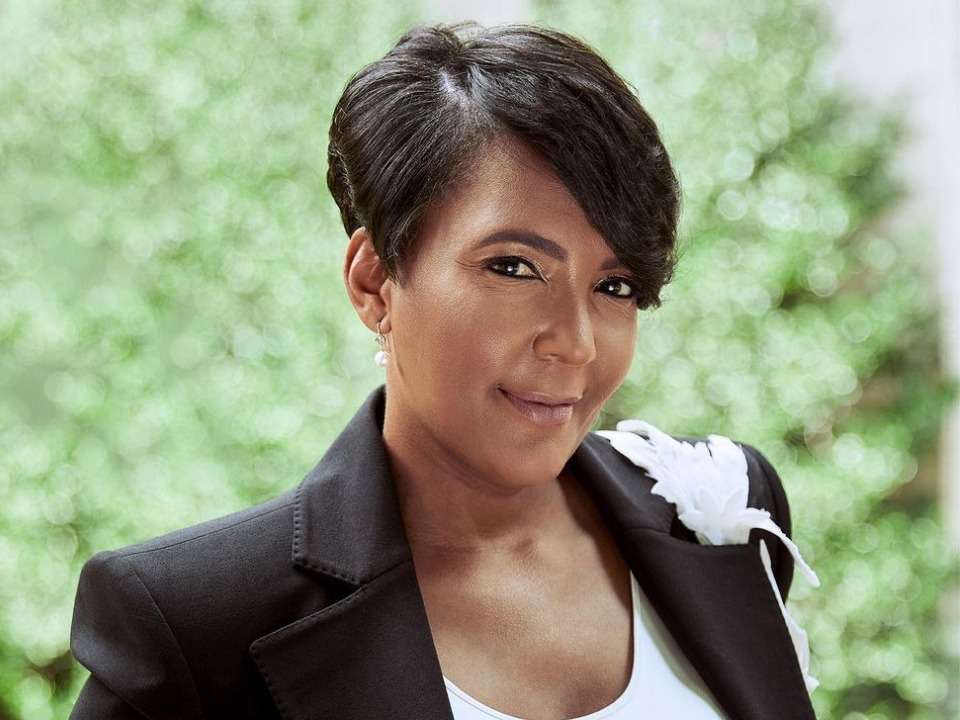 Keisha Lance Bottoms is an American politician and lawyer by profession. She is the 60th Mayor of Atlanta city in Georgia since 2017 and was earlier a member of the Atlanta city council. She has recently declared her will to re-run for the Mayor of Atlanta this year and is also nominated as a vice-chair of civic engagement and voter protection for a democratic national convention for the term 2021-25.

Keisha was born on the 18th of January 1970 in Atlanta city, Georgia, USA. Her father Major Lance is an R&B singer and her mother is Sylvia RobinsonShe lived with her family in Atlanta and grew up in the city itself. She is not known to have any siblings and is a single child to her parents. Keisha completed her high school education at Frederick Douglass High School in Atlanta. She was interested in social issues and politics and thus decided to pursue her further studies in journalism and communications.

She attended Florida A&M University and graduated with a Bachelor’s degree in Communications with a Journalism major. Keisha further decided to study law and went on to pursue the Juris Doctorate degree from Georgia State University College of Law. She graduated with a Doctorate degree in law in 1994. While at college, she was also part of sororities like the Delta Sigma Theta sorority.

Keisha started her career in law after graduation and started practicing as a prosecutor. She was the state prosecutor representing children in various juvenile court cases. Keisha later became the Magistrate Judge of Atlanta in 2002. She practiced as a judge in the Atlanta bench 2009 until she became an elected member of the Atlanta city council as a representative of the southern district. Meanwhile, in 2015, she also became the executive director of the Atlanta Fulton County Recreation Authority. She stepped in as a politician in 2017 when she ran for the Mayor elections in Atlanta and was elected after defeating Mary Norwood, another member of the Atlanta city council.

Keisha became the 6th African American to serve as Mayor. She also became 2nd African-American woman to serve as a mayor. During her term as a Mayor, she stood against the immigrant rights violations and refused to hold Immigration and Customs Enforcement detainees in the city jails in 2018. She also stood for refugee rights and also worked towards a better life for LGBTQ communities in Atlanta. Keisha also set up the very first LGBTQ advisory board in 2018 for this. The board released a report in 2020 on LGBTQ affairs focusing on policies, programs, and incentives for them.

Recently due to the death of George Floyd, the county was in a state of unrest and she also voiced against those who were involved. She also won the public trust as being black herself she encouraged people to vote for her to ensure better representation of Blacks. She also condemned Trump for being racist and causing riots and anger among the public. Moreover, she tried to handle it in the best ways during the Covid 19 pandemic which is still an outbreak.

She made stricter regulations to ensure less spreading of disease and held back from re-opening the city and businesses. In the recent 2020 presidential elections, she stood in support of Joe Biden and was named the permanent vice chair of the Democratic National Convention in 2020 for Civic Engagement and Voter protection for the term of 2021-25. She also announced that she will again run for the Mayor of Atlanta city in the 2021 elections.

Keisha was once investigated back in 2017 during the mayor elections for improper reporting of campaign payments totaling up to $180,000. She later returned $25,700 which she had received from an Engineering contractor group named PRAD. During her campaigns in 2017, she was also in media attention due to fake racist calls made in her name mainly to white communities living in Atlanta. She later sought the help of the attorney general of Georgia to investigate it.

Recently also during the COVID 19 pandemic, cases increased in Atlanta, and all her attempts to curb it were failing and the Governor of Georgia, Brian Kemp invalidated only her orders filing a suit against her and did not do so to other cities. She earlier has a rift with the governor on his decision to re-open Georgia and criticized his step as it was too soon for the action. Moreover, in July 2020 she tested positive for COVID 19 and recovered in late July.

Keisha is married to Derek W Bottoms who is also a lawyer. He is currently vice president of employment practices and associate relations for The Home Depot. The couple got married in 1994 at the Ben Hill United Methodist Church. They met in the first year of their college in Georgia state University college of law. The couple made several failed attempts to conceive a child and thus had to adopt. They are currently parents to four adopted children but their names have not been shared.

Keisha has worked as a lawyer since the early 2000s and later shifted to politics. She has been actively trying to bring social as well as exemplary changes in the city. She is well respected and has earned a lot of wealth through her profession as a lawyer and judge in earlier years and now majorly sources her income through her profession as a politician. Her net worth as of 2021 is estimated to be around $1million.