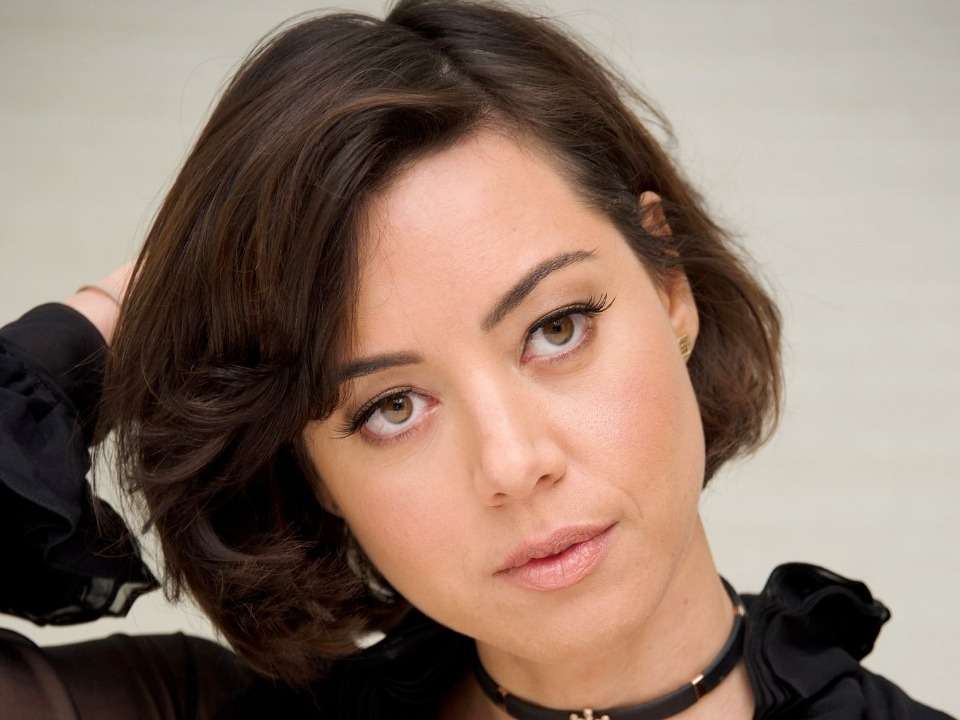 Aubrey Christina Plaza, famously known as Aubrey Plaza, is America’s renowned actress and comedian. She has done a phenomenal role on NBC’s sitcom “Parks and Recreation” as “April Ludgate” in 2009. She has also played a fantastic character of “Lenore (Lenny) Busker” in the drama series “Legion”. Aubrey is all over the news and as she finally tied the knot to Jeff Baena and she revealed this just a while ago.

Plaza was born on June 26, 1984, in Wilmington, Delaware, United States of America. Her parents are David Plaza, a financial advisor, and her mother Bernadette, an attorney. Aubrey has two siblings, Renee and Natalie and she is the eldest of all. Aubrey studied in a private school, Ursuline Academy, an all-girls Catholic school, and graduated in 2002. She earned a degree in film in 2006 at New York University’s Tisch School of the Arts. At the age of 20, Plaza suffered a stroke that caused her expressive aphasia ( Broca’s aphasia) and temporary paralysis. Some years later, on the sets of “Parks and Recreation”, she had a Transient ischemic attack.

After completing her education, Aubrey started off her career in 2004 by performing improv and sketch comedy at an American improvisational theatre named, “Upright Citizens Brigade Theatre”. She performed stand-up comedy too and has appeared at “The Improv” and at a chain of comedy clubs namely, “Laugh Factory”. In 2006, Plaza made her entry into the film industry. She began by working in short films named “Killswitch” and “In Love. In 2009, she appeared in another two films titled “Mystery Team” as “Kelly Peters” and “Funny People” as “Daisy Danby”. She starred as “April Ludgate” in an American sitcom television series “Parks and Recreation”. Later in 2010, she worked as “Julie Powers” in a comedy film “Scott Pilgrim vs. the World”.

She appeared in 3 episodes of “Portlandia” as “Beth / Bookstore Customer” in 2011 and played the role of “Marnie” in 2012, titled “A Glimpse Inside the Mind of Charles Swan III”. In 2013, she appeared in a short film “From Up on Poppy Hill” as “Sachiko Hirokouji”; “The End of Love” as “Aubrey”; “Charlie Countryman” as “Ashley” and many more. In 2015, she played the character of “Kelly” in a dark comedy film “Addicted to Fresno”; “Dirty Grandpa”, as “Lenore”; “Golan the Insatiable” and played the voice of “Dylan Beekler” in 6 episodes. In 2017, she starred in an award-winning series “Legion” as Lenny Busker” in 27 episodes. Recently,

In 2017, she did several films where she appeared as a cast and producer. She produced a film “The Little Hours” and also cast as “Sister Fernanda”; “Ingrid Goes West”, charactered the main role “Ingrid Thorburn”. In 2019, she produced a thriller film “Black Bear” and starred herself as “Alison”. Plaza also did many successful music videos. In 2012, she worked in a video “Hollywood Cemetery Forever Sings”. Her other music video is titled “Rouse Yourself”. She appeared in a music video “Bona Fide” as well. In 2020, she appeared as “Riley Johnson” in “Happiest Season” and is set to cast in other films like “King Knight”.

The alluring actress has been dating since 2011 Jeff Baena, a famous American film director, and screenwriter. He directed many films such as The Little Hours, Joshy, etc, where she cast Plaza in his movies. Almost after a dating life that spanned over a decade, they married. Aubrey revealed this through an Instagram post and also confirmed their wedding in the Interview with People Magazine. She said,

We were quarantined for months and months like everybody else,” she recently told PEOPLE. “And we did enjoy it. I think it was, obviously other than all of the catastrophic things happening in the world, just on a personal level, relationship level, was kind of nice to just be forced to be in one place for that long. Could have gone either way, I guess.

The actress and comedian have made a lot of success in her career. Her source of income is acting, comedy shows, and much more. It is expected that her net worth is around $6 million as of now. The glamorous actress has gained a lot of reputation due to her fabulous personality, excellent acting skills, and easy on eye looks. She has more than 2.5 million followers on Instagram with 400+ pictures posted.