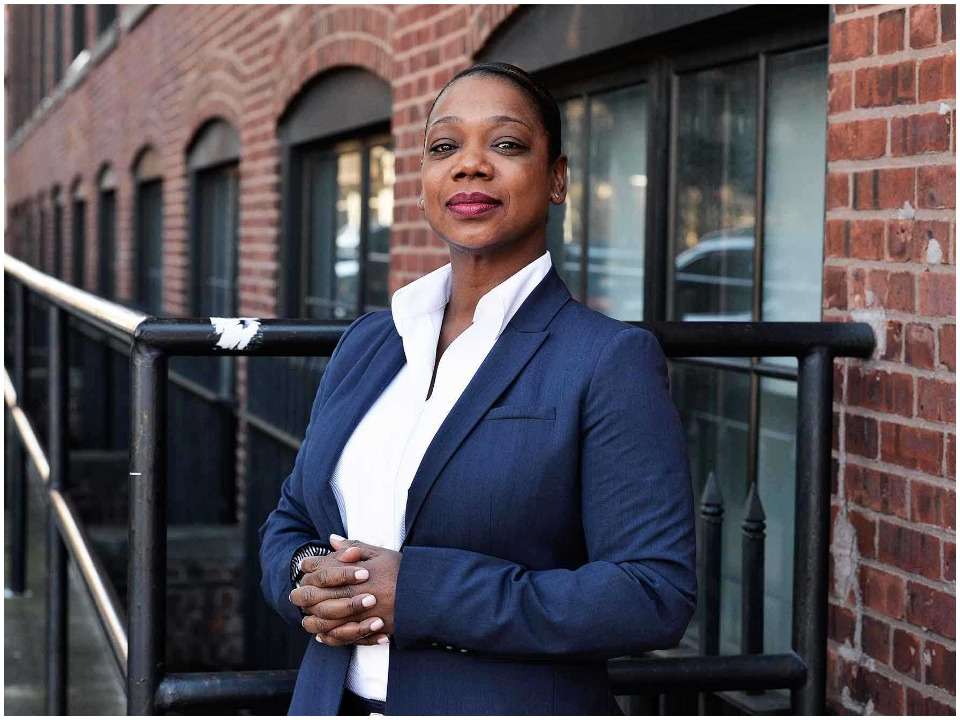 Keechant Sewell is the best example of woman empowerment as she would be leading the nation’s largest police force, New York Police Department. Mayor Eric Adams shared the news with the media that Sewell would be the next NYPD commissioner. She would be joining the post after the current head of the police department retires at the end of the year. Adams confirmed the post on Tuesday evening. Sewell would be the first black woman to hold the position and the third black person in the department.

A native of Queens, New York Keechant was born on 4th April 1972 in Long Island, New York. In her earlier life, she was raised in the neighborhood of her hometown and spent earlier years in Queensbridge Houses. Later she shifted to Corona and Jamaica, nearby neighborhoods of Queens, that’s where her life completely changed. She met her mentor and a retired NYPD detective John Wesley whom she called “Pop Pop” and developed her interest in public services. Her father served in the US Marine thus, she grew up in a strict discipline household. Along with her father and surrogate grandfather, she learned the value of “Service and honor”.

Previously, she has served as the Nassau County chief of detectives since Sept. 2020 where she used to oversee a staff of nearly 350 people. Talking about her experience then she is a 22-year police veteran in Nassau County and is well-liked in her department. Previously, she has held various leadership posts ranging from heading different major cases to hostage negotiation. As of now, NYPD has about 35,000 officers. In his statement, Eric Adams confirmed that Sewell would be a well-proven crime-fighter who has earned great experience and emotional intelligence.

She would be delivering safety and justice to New Yorkers the way they deserve. She would wake up every day with the laser-focused day keeping a track of safety and improvement in the city. Sewell very much impressed Adams during the meeting. She beat several other candidates including a former Seattle top cop Carmen Best. Adams, who is a former NYPD captain, promised to hire Sewell as a commissioner; the department has also hired other people at different posts. The Police Benevolent Association welcomed Sewell to the second toughest policing job in America. They said that it is toughest because as part of the NYPD you need to be on the streets, of course.

Being into her 50s it is usually that a woman in this span should be married, but not with her. There is no news available whether she tied the knot or ever linked with anyone in the past. Thus, we assume she likes to keep the privacy of her personal matters limited to her only. It seems, she is only dedicated to her duties and wants to fulfill her responsibilities.

The legal announcement was made on Wednesday morning where Adams spoke at the Queensbridge Houses in Long Island City. She will be joining the commission as the third black person to run the NYPD after Benjamin Ward and Lee Brown who served in the 1980s and 1990s respectively. Killing, shooting, and the rise of gun arms is the national trend in the wake of the COVID-19 pandemic. The police officials have tried to reform the pretrial detention for many charges. There is little evidence on how these reforms can result in more crime. The news of the appointment comes after it was revealed that the current NYPD commissioner Dermot Shea and the department’s second in command, First Deputy Commissioner Benjamin Tucker, will be finishing his full term and will retire at the end of this year.

The police commissioners would be required to give a prior 30 days’ notice. Adams, who is himself a retired person from NYPD as a captain, was given the task of finding a replacement. Before the commissioner’s (Shea) role, a 28-year-old veteran of the NYPD was promoted to Chief of Detectives on 16th April 2018. Before serving the duty of Chief of Detectives, Shea also served as the Chief of Crime Control Strategies. His duty was to analyze the city-wise crime and trends developing the crime-control plans and procedures. Shea spent more than four years as Deputy Commissioner of Operations.

Usually, the basic pay grade or salary of the Police Commissioner in New York is $196,998. This is almost 30% higher than the average salary of a commissioner across the whole country. Also, she has been serving the nation for more than 2 decades so her net worth is around $2 million at least.