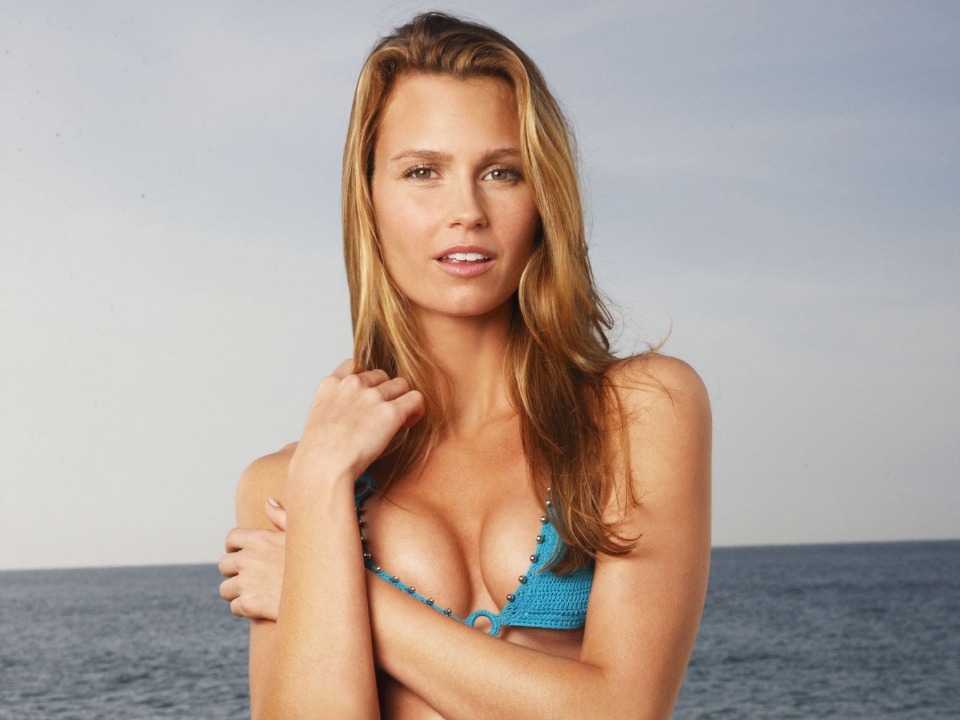 Kathy Leutner is a well-known model who got an amazing opportunity to be running for being featured in a Sports Illustrated Swimsuit Edition in 2011 as a swimsuit model. Kathy has worked for various leading clothing lines which include Naked and Famous, Abercrombie & Fitch, and much more. She is also really famous because of being the girlfriend of the professional ice hockey player Sidney Crosby.

Born on December 13, 1987, the 33-year-old model Kathy Leutner grew up in Chantilly, Virginia with her sister, Jennifer Ann Dybsky. Born to her lovely father and mother, John Leutner and Judith Leutner, Kathy has always been a sports and modeling enthusiast ever since she was a small girl. When she was 18, she was scouted by a modeling agent in a store near her hometown. She also started dating the famous professional ice hockey player Sidney Crosby in 2008. Kathy Leutner grew up in Chantilly and attended Chantilly High School. Kathy aspired to be a model at a very young age and therefore, she abandoned the idea of going to college and started pursuing her childhood dream instead. Kathy’s father and mother were supportive of her decision and gave her freedom to choose what she wanted to do with her life.

Kathy’s modeling career started a bit later than compared to other models. Her modeling career only started once after she was discovered by the scouting agent back when she was 18 years old. In the early days of her career, it was hard for her to find stable work because she only appeared in advertisements and various publications. She is very talented and hard-working as she only needed one opportunity to become popular and rise to fame. Once she started working with the ‘Fitness’ magazine, her popularity took off and she rose to fame quickly. Leutner was the perfect person for the magazine because of her fit physique and sports background.

In the year 2011, Kathy Leutner appeared in the Swimsuit Edition of the ‘Sports Illustrated’ as a featured model. SI (Sports Illustrated) is an American sports magazine that is owned by the Authentic Brands Group and was first published as early as August 1954. She has also worked with other companies which include leading clothing lines such as Abercrombie & Fitch and Naked &  Famous. Kathy has been very inactive on social media platforms but she does have a Twitter account (@kathyleutner), it is a non-verified account that has over 800 followers. She doesn’t have a Facebook, Tumblr, or Instagram account.

Kathy is known by her nickname Kath. She has been in a long-term relationship with the Canadian star player and captain of the Pittsburgh Penguins ice hockey team of the National Hockey League (NHL), Sidney Crosby. The two couples have mostly been really private about their relationship. Even though they have been together since 2008, they have both tried to keep their personal life a secret while still trying hard at achieving success in their professional careers. Their relationship came to light when they were seen kissing in front of a camera after the Pittsburgh Penguins ice hockey team won the Stanley Cup in 2016. They have been together for more than a decade but they have never spoken about marriage, although, there are obvious speculations about Kathy being Sidney Crosby’s future wife.

In the past, there have been controversies of Kathy Leutner breaking up with Sidney Crosby in the year 2010 or 2011 but they could not stay away from each other and get back together again. There are also rumors that the couple could have married or at least, have had a secret engagement or a secret marriage. Nothing is confirmed regarding their marriage as of yet. She mostly keeps her personal life very private and therefore is not engaged in a lot of controversies or rumors.

Her incomes and earnings mostly come from featuring in magazines and modeling. As of 2020, Leutner has an estimated net worth of over 1 million dollars. His source of income is all through his talents and skills that he has proved to be.