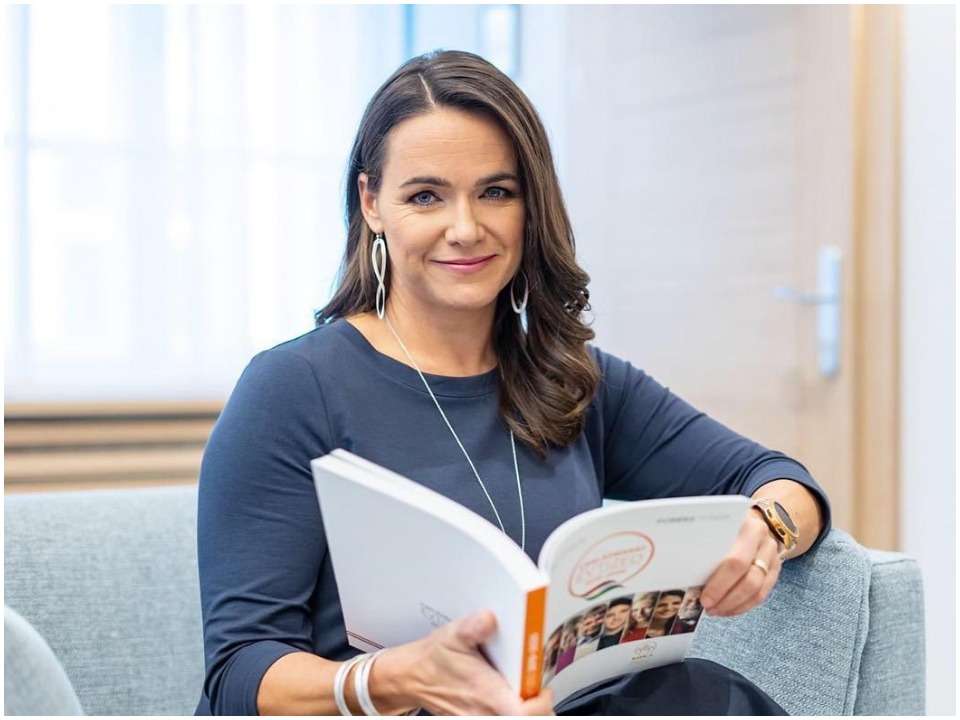 Katalin Novák is a Hungarian personality who has remained the former Fidesz Vice President and Family Minister and is now serving as the president of Hungary with a two-thirds majority of votes. Novák has given more than a decade of her life to the work of politics. She has developed a stellar career starting from the foreign minister and then held the position of Family Minister, later to which she became Vice President of the Fidesz party and finally rose spectacularly with her career to another position of president. Not only did she become president of Hungary but became the youngest personality to do so since the regime change at the age of 44.

Katalin Novák was born on 6th September 1977 in Szeged, Hungary and she completed her secondary education at the Ságvári Endre Secondary School back in 1996. She went to the Corvinus University of Budapest where she studied economics and later went to the University of Szeged, where she received her degree in law. Additionally, she has received her degree from the Paris Nanterre University and professionally she speaks three languages including English, French, and German.

Katalin Novák began her political career back in 2001 during the first Orbán government when she was appointed as the Minister of Foreign Affairs, where her work was mostly associated with European Affairs. Back in 2010, she became a ministerial counselor, where she spent two years in the position. After the same position, she was appointed as the head of the cabinet of the Ministry of Human Resources and served her responsibilities for another two or three years. Later in 2014, she was appointed to the new position of Secretary of State for Family and Youth Affairs of EMMI and after presenting the same position for around 6 years, she became Minister of Family in October 2020.

Between 2017 and 2021, she was presented with another position as the Vice president of Fidesz. After the results of the 2014 elections, Katalin Novák rose to the position of State Secretary for Family and Youth. She was announced as the leading personality to hold the position of the deputy party leader of Fidesz which she served between 2017 and 2021. Since 2018, she has been serving as a member of parliament. In 2020, he was given the post of Minister of Family and Youth, from which she resigned to hold the position of president.

On 21st December 2021, Prime Minister Viktor Orbán announced that Novák would be his nominee for the 2022 Presidential elections and consequently she won the majority of votes. Back in 2020, Katalin topped the list of the most influential Hungarian women and regardless of her position in Hungary, she is considered the most preferable minister closest to the head of government (according to Forbes). Her messages and social media presence has always remained an influential activity in the public. Forbes listed her as the most influential personality in all the four categories including Business, Media, Public Life, and Culture and she tops the list in the recent year.

Katalin is a happily married woman who is the most influential personality being listed by Forbes as seen by her social media activities and her speaking style. She is married to her husband named István Veres, who is an economist by profession and is working as the director of the Financial Market and Foreign Exchange Market Directorate at the Hungarian National Bank (MNB). Together, the pair has produced three children- two sons and one daughter named Adam Veres, Kata Veres, and Tamas Veres.

Seeing the picture of the family, the daughter looks like the youngest in the family of the Veres. Katalin is the kind of politician who often posts her pictures and speaks the words that affect the people and influence them positively. She has posted a lot about her private life including her family members like her husband, and three children. She tries to point out that she is preferably a housewife who loves to bake, knit, cook and clean the windows in her spare time.