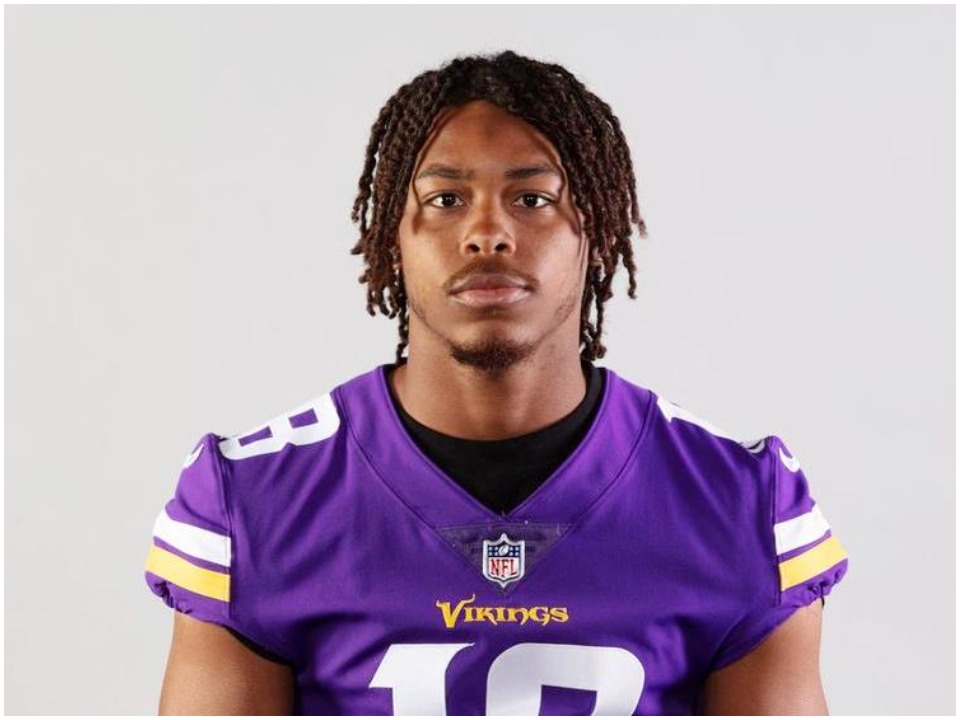 Justin Jefferson is an American football player currently playing at the wide receiver position for the Minnesota Vikings team at the national football league. He had a lustrous high school and college career and was recently drafted in 2020. He has since been making several records and is set to make many more.

Justin Jefferson was born on June 16th, 1999 in St Rose, Louisiana, the USA to his father John Jefferson, and his mother Elaine Jefferson. He grew up with his two siblings brothers Jordan and Rickey who are also football players. He inherits the legacy of a sportsman as he was born in a family of athletes as his father was also a basketball player at Division 11 level. Justin completed his high school graduation from Destrehan High School in Destrehan and graduated in 2017. He later went on to join the Louisiana State University for his college education and to take ahead his college football career. He majored in Sports Education.

Justin started his career in high school where he was part of the school team and later he continued his career at college where he was part of the LSU football team as the leading receiver. In 2018, he recorded 54 catches and 6 touchdowns while the following year in his junior year, he ranked second in the country by recording a total of 18 touchdowns. In 2019, he played at the Peach Bowl and also at the National Championship in which he recorded 106 yards and led the team to win against Clemson. The following year, he went on ahead with the NFL draft 2020 and did not play his college senior season.

He was drafted in round 1 of the NFL draft 2020 by the Minnesota Vikings which started his professional career. Justin made his debut at NFL against Green Bay Packers where he recorded 26 yards and later against Tennessee Titans he recorded 175 yards. He also played against Houston Texans where he became 5th rookie wide receiver in Vikings to record back to back 100 yards. He later played against Atlanta Falcons, Jacksonville Jaguars, and Chicago Bears and maintained his great form.

By the end of the 2020-21 season, he recorded 1400 yards and became the only rookie in NFL with the most receiving yards. He was also named the 2021 Pro Bowl and Rookie of the year. Recently in the 2021 season, he again started off with great form and in the recent game against the Packers team and scored 169 yards and two touchdowns becoming the NFC offensive player of the week. More recently he led the team to win the game against the Steelers with 28-36 where he recorded 79 yards, 7 receptions, and 1 touchdown.

Justin has not shared anything about his personal or dating life and likes to keep his personal life out of the spotlight. He has also not shared much about his interests but is known to have a keen interest in fashion and fitness. Justin currently has 798k followers on his Instagram account while on his YouTube channel he has a total of 98.5k subscribers where he posts videos about health, fitness, daily life, career, etc. other than this, he is not known to be active on any platform like Twitter, Facebook, Tik-Tok, etc.

Being a professional football player, Justin Jefferson earns a lot of income and leads a lavish lifestyle. His net worth as of 2021 is estimated to be around $7.7 Million. He is also known to have signed several endorsement contracts with several brands through which he also sources his income.