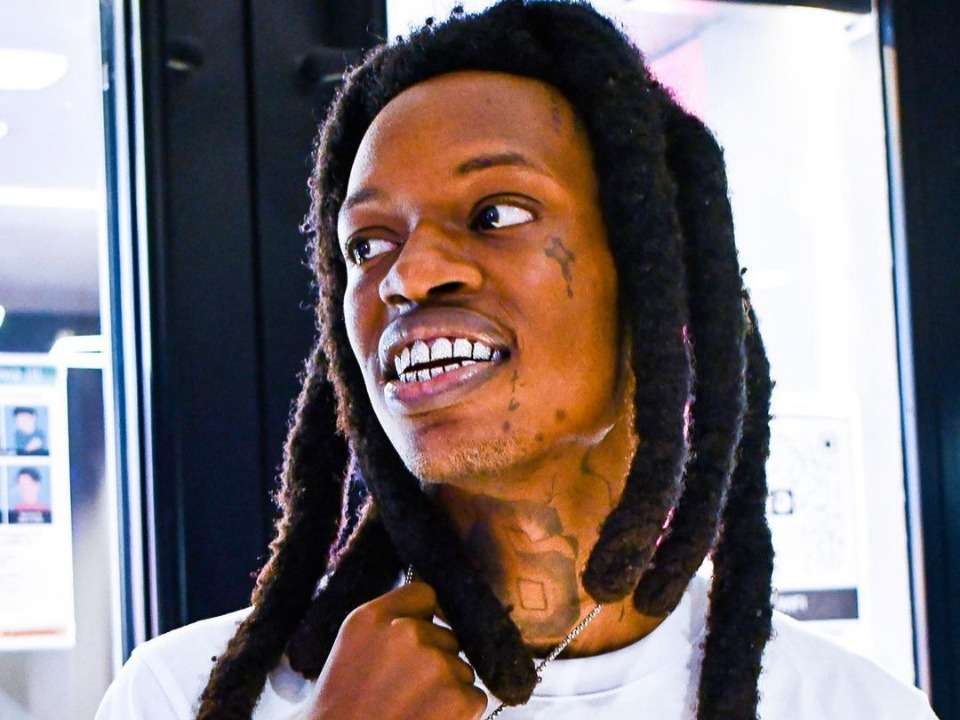 Julio Foolio is an American musical artist and a rapper. He is known as the Rapper On Instagram. He rose to popularity in 2018, when he released a song titled ‘Coming Up’ that went viral. Thus he became a success in the mainstream music industry. He is also in the limelight for his feud with a rival rapper Yungeen Ace.

Julio Foolio was born on June 21, 1998, in Jacksonville, Florida. He was named Charles Jones. Information about his parents isn’t available. He has a younger brother whose name isn’t disclosed. Foolio also revealed in an interview that he lost some of his family members in Jacksonville.

One was his cousin Zion Brown, who was shot by their rivals in Jacksonville. He had a troubled childhood and had a tough time growing up in Jacksonville, as many killings were going on. Julio attended high school but didn’t graduate. He dropped out in 9th grade when he was shot in the leg. He later said that he was afraid of becoming an easy target if he attended school. Foolio started rapping at a young age. But after quitting school, he focused more on making music.

He became a rapper. He received early recognition in 2015 when he released his song ‘Coming Up’. That song featuring Stunt and Los went on receiving thousands of streams. After being a hit among the locals, he started getting offers at the local nightclubs and venues. He established himself as a rising rapper in 2016, when he released another single ‘Reach The Top’. That year, he also collaborated with Soulja K and released the song ‘Dirty Socks’. That year-end he released another single ‘Just Talk’ which earned over 371k views on YouTube.

As he released a few more songs, he started getting good responses on streaming platforms like Spotify and SoundCloud. In 2017, he released a new song ‘Feel It’ which was a hit and garnered 1.4 million views on YouTube. 2018 turned out to be his most successful year as he had his biggest hits. In June 2018, he dropped a song ‘Crooks’ which received over 3.8 million views on YouTube and was a massive hit.

His other song ‘Slide’ was viewed more than 2 million times and ‘Voodoo’ received more than 4 million views. His popularity increased when all three songs were featured on WorldStarHipHop. In July 2018, he released the mixtape 6Toven which had 12 tracks. In January 2019, he dropped another mixtape, ‘Never Wanted Fame’. Throughout his music career, he collaborated with various artists like 9lokkNine, Uk Osiris, and the producer Zaytoven. His most recent songs are ‘Back in Blood’ and ‘Double That’ which became massive hits. He also released ‘Beatbox Remix/Bibbly Flow’ as a diss song against his Rival rapper Yungeen Ace and his gang.

He is majorly known for his feud with the rapper Yungeen Ace, who is the star rapper of ‘ATK’. Jacksonville is quite notable for its gang activities and rivalries. The rivalry between them went from bad to deadly in May 2017, when Foolio’s cousin Zion Brown was shot to death by a member of ‘ATK’. In June 2018, Yungeen Ace’s brother and two others were killed, while Ace himself was shot. Foolio made several posts on his Instagram glorifying their death and mocking them. Recently Yungeen Ace made a diss video “Who I smoke” against Julio Foolio and his gang. And Foolio in response released his own diss track “When I See You”.

Foolio is currently in a relationship with a girl named Buban Babby. His ex-girlfriend was shot in 2020, which Buban mentioned in one of her YouTube videos. Foolio also said that in his Instagram live.

Foolio has certainly made a name for himself. As of 2021, it is estimated that Foolio has earned a fortune of $500 thousand. He earns through his YouTube channel and his songs.