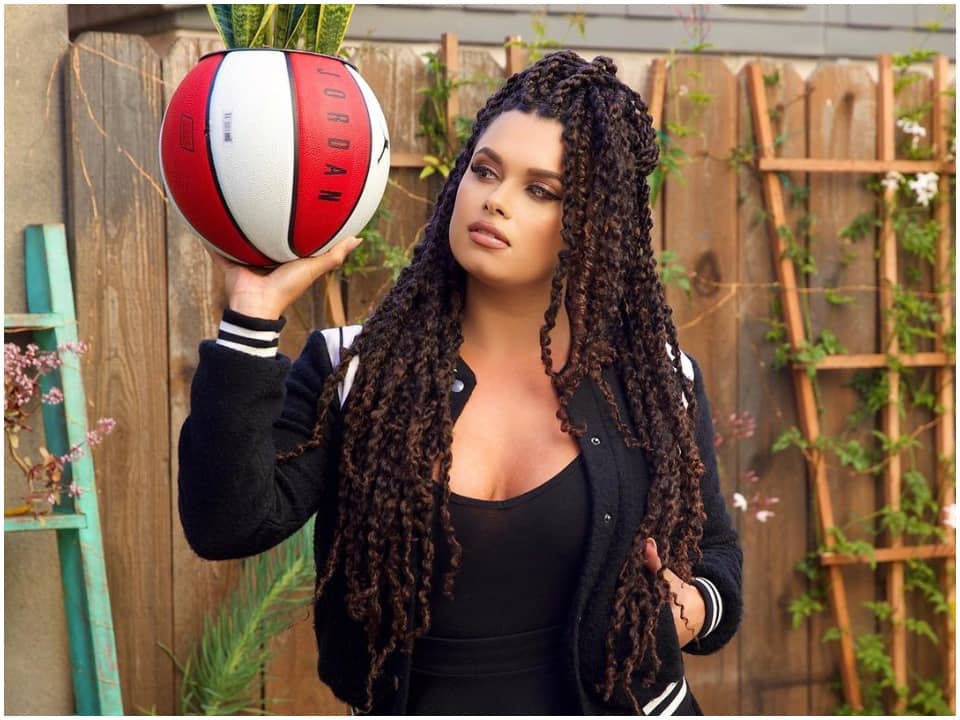 Joy Taylor is an American radio host and television personality famously known as a host for Fox Sports 1 show “The Herd with Colin Cowherd”. She has been working at the Fox channel for years and is well-known for her strong and amiable personality.

Joy was born on January 17th, 1978 in Pittsburgh, Pennsylvania, USA. She grew up in a Christian African-American family but has not shared the names of her parents. She grew up in Pittsburgh with her brother Jason Taylor who is a former NFL player and her four sisters whose names have not been shared.

Joy has completed her high school graduation from a local school in Pittsburgh and later attended the Barry University for college studies. She graduated with a Bachelor of Arts degree in broadcast and Communication in 2009.

In 2016, she joined the Fox Sports channel and started off as a temporary replacement for Kristine Leahy for a few episodes on the show “The Herd with Colin Cowherd”. The same year, she appeared as a moderator on the debate show “Skip and Shannon: Undisputed”. In 2018 she started appearing on the show “The Herd with Colin Cowherd” as a permanent host. She currently hosts a live show named “the Hang” on Facebook and also regularly holds a podcast named “Maybe I’m crazy”. She also an active blogger on her website Joytaylortalks.com where she posts about entertainment, fashion, and lifestyle.

Joy and Colin Cowherd in the recent episode of “The Herd with Colin Coward” spoke surprisingly and doubtfully about how the viewership of the NBA on television had increased by a significant 39% percent when the public had planned on boycotting due to political reasons. Moreover, they also jokingly stated contradictory facts heard from conservative groups about the ratings. They also pointed out the fact that this has been the highest rating for NBA in the last 19 years.

Joy has not shared much about her personal life and is currently believed to be single although she was previously known to be engaged to former NBA player and coach Earl Watson in 2018 the relationship didn’t last long and the couple broke up soon in 2019. Before Earl, she was married to Richard Gianotti, a former basketball player whom she divorced in 2017 after only a year of marriage.

Joy has been active in her profession as a host and radio personality for several years and has earned a lot of wealth through it. although her monthly income cannot be assessed exactly, her net worth is estimated to be around $2million as of 2021.

Joy is a hard-working, strong, and independent woman who does not let anyone set boundaries for her and instead believes in growing. She has highly supportive people by her side which gives her strength to make progress and she is not discouraged by any mishaps of her past. Her sense of humor and her strong personality go well together and she has a bright future ahead of her.