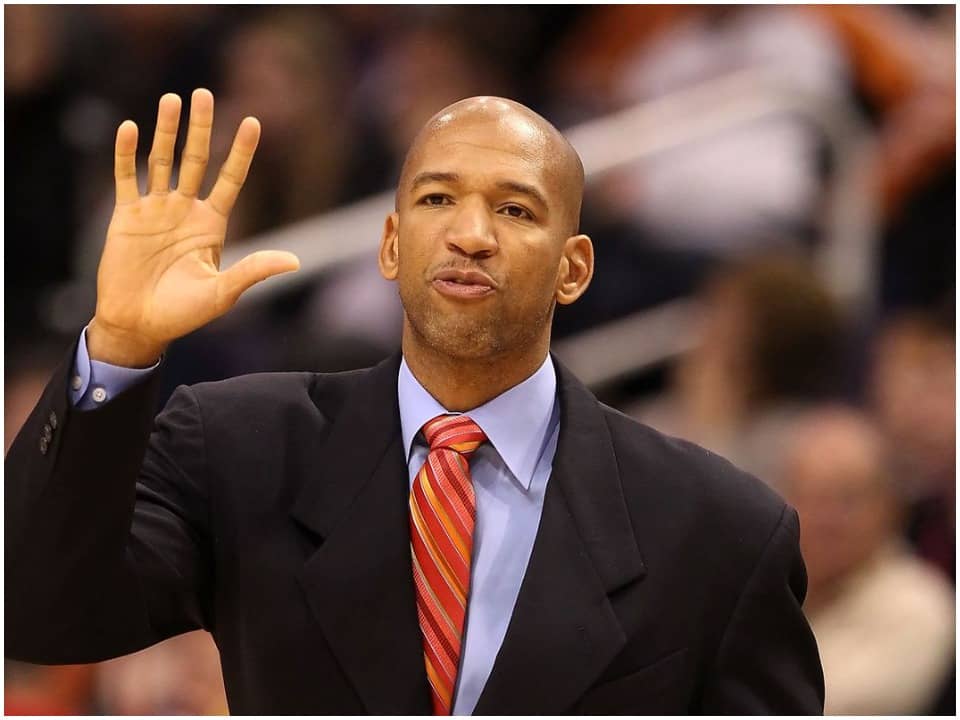 Monty Williams is a head coach for the Phoenix Suns who reached the finals of the NBA. Apart from this, he was a professional American basketball player who played during the 1990s for teams like Knicks, San Antonio Spurs, Denver Nuggets, Orlando Magic, and Philadelphia 76ers. Currently, he is a coach who trying hard to nurture his team with strict discipline.

Monty was born on 8th October 1971 in Fredericksburg, Virginia, United States. Currently, no information about his parents is available. He grew up in his hometown Virginia and went to Potomac High School, Oxon Hill, Maryland for basic studies while finishing his graduation in 1994 from Notre Dame. He started playing basketball for his college’s team where he showed great potential as a college player. During his senior year, he was an honorable mention all-America, with 22.4 points and 8.4 rebounds.

Williams started his career in college. Williams was drafted in the first round of the NBA, in spite of having a pre-existing heart condition. In the first round (24th overall) of the 1994 NBA draft, the New York Knicks selected him. From the year 1994 to the year 2003, Monty appeared in nine NBA seasons. He was a member of the New York Knicks, the San Antonio Spurs, the Denver Nuggets, the Orlando Magic, and the Philadelphia 76ers.

As a coaching intern at San Antonio Spurs, William won an NBA championship in the spring of 2005. Later William was hired as an assistant coach for the Portland Trail Blazers By the new head coach in the fall of 2005, Nate McMillan. Williams was offered a three-year contract to be the head coach of the New Orleans Hornets on June 7, 2010. Later, the Pelicans approached him with a job opportunity. In the year 2013, he joined the US national basketball team as an assistant coach under Mike Krzyzewski, the head coach for the Rio Olympics.

In the year 2015 Williams was the Oklahoma City Thunder’s associate head coach. However, it was announced in June 2016 that he would not be coming back to work. Williams then led the Suns to a six-game Western Conference Finals victory over the Los Angeles Clippers, advancing the team to the NBA Finals for the first time since the year 1993. Williams is also going to make his first Finals appearance as a coach after being a player.

It was quite unfortunate for him because his ex-wife died in a car accident. Currently, he is bearing the responsibility of raising five children Micah, Faith, Elijah, Janna, and Lael. Ingrid died from injuries sustained in a car crash in Oklahoma City on the 10th of February, 2016, after her car was hit head-on by a vehicle that crossed lanes after losing control. The couple had a total of five children. Williams met another wonderful woman named Lisa Keeth. After dating for a while, the couple officially tied the knot and are together ever since.

As of 2021 Williams’ net worth is estimated to be 9 million dollars, with a monthly salary of approximately 2.7 million dollars. The main source of his income would be his profession as a basketball coach and former basketball player. He is not active on any social media platforms, there are 1000 posts with his hashtag on Instagram.