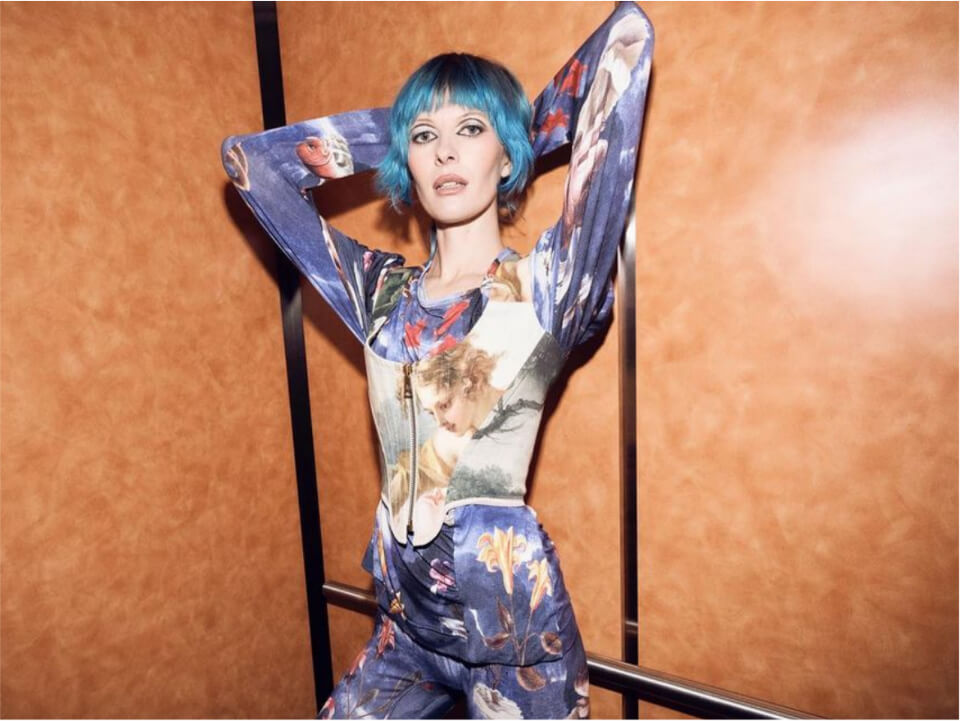 Joy Downer is a rising singer, songwriter, and vocalist. She is famous for creating an indie-rock discography that ranges from psychedelic to pop, with beautifully constructed tunes. She recorded her first song inside the dwelling studio in Los Angeles alongside her husband.

Joy Downer was born in the 1980s in a music-oriented family and she is living in her early forties. Her parents were fond of instruments which also influenced Joy to pursue music as a career. Her mother used to play piano and her father played drums. She was raised along with her 9 siblings inside the LDS church in Jamal, CA. Her maiden name is Joy Bishop. She did her schooling at a local school until her Senior Year of high school. In her senior year, she was homeschooled as she wanted to focus on her modeling career. No other information about her educational background is available.

Joy was always passionate about music but she began her career as a model. She focused on her modeling career when she was a high school student. This career gave her a chance to travel across the world. Her music career path was unveiled when she came to New York to meet her brother, Jon Bishop. When she moved to Los Angeles with Jeffery, her brother’s best friend, they had to do multiple jobs to meet their daily needs as the city proved to be very expensive for them. Later, in 2015, she left all her jobs and chose music as her livelihood.

After working on some songs for three years, she finally released her debut EP, Radio Dreamer, which is available on Amazon and Spotify. It was produced by Rob Kolar. Over the next two years, she released songs like Plastic Wrap and Getaway Car that gained the audience’s attention. On New Year’s day 2020, She gave the theme song, In the Waters, for the Netflix series, Spinning Out. Later, in June 2020, her self-produced full-length debut album, Paper Moon came out. Her other songs include Neon turns, A Song You’d Never Want to Hear, Over & Out, Good & Bad, Go, The Fool, etc. Her latest single, Chain Reactions featuring Beck, was released in April 2022.

Joy seems to use social media both professionally and personally. She has a verified Instagram account with over 11.7k followers. She posts fun pictures with her family and also behind the scenes from her tours and concerts. Joy is also active on Twitter which she joined in October 2006 and she frequently retweets several posts and gained 300+ followers.

Joy Downer met the love of her life because of music. It was her brother who introduced her and Jeffery Downer as he thought they would be good musical buddies. Joy, then moved in with Jeffery. They moved to Los Angeles together. After working on Joy’s debut EP together, they developed a romantic relationship and now they are both life and music partners. Recently they became parents, giving birth to a daughter, Hazel who is 11 years old now. Joy has a very hectic schedule as she balances her career and motherhood together.

She has managed to earn quite well for herself and her family over the years. Joy has various sources of income such as her album product sales and social media engagement. She has worked with several brands and has been featured on the cover of assorted magazines. Though she never revealed her net worth, it is estimated to be around $5 million – $ 8 million.