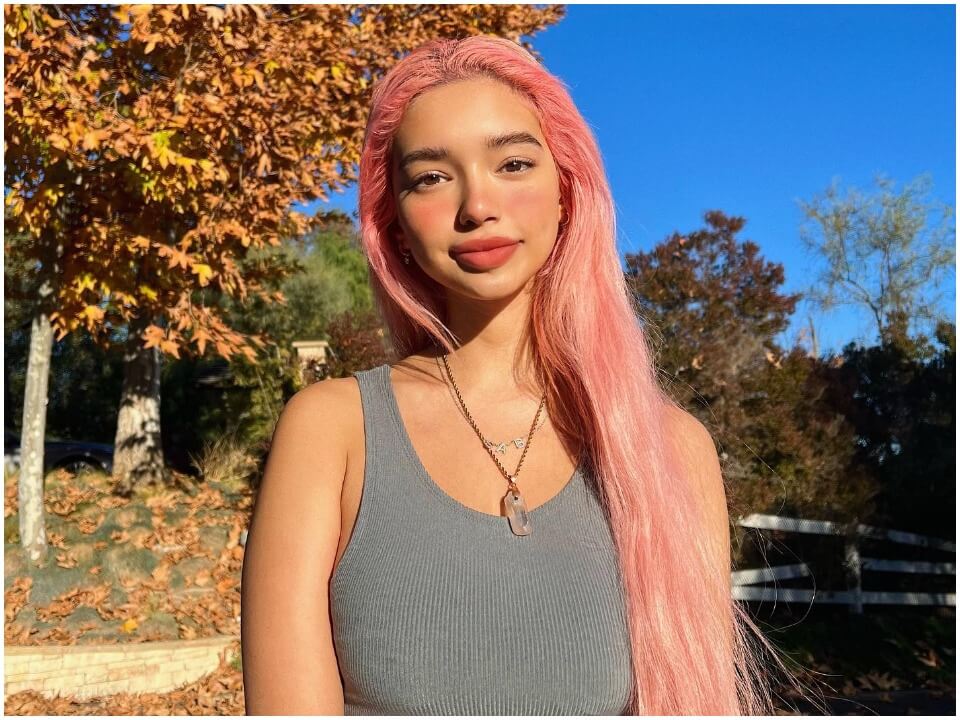 Sab Zada, goes by the name Pasabist on Instagram is a young social media sensattion who works as a social media influencer and model. She has got immense talent on social media and is rumored to be linked with the youngster Jaden Smith. Sabrina is a social media celebrity who has developed herself into an Instagram model and is found on various social media platforms. She also owes her YouTube channel, where she often used to post various life-based routines, vlogs, travels, and fun videos.

Sabrina was born on 18th June 1999 and is just 23 years old young girl who calls herself a social media influencer. She was born in Houston, Texas, and goes by the zodiac sign Gemini. She has rarely shared anything or any detail regarding her life story. However, it is known that she is a graduate student of high school with a degree in associates. She is recently catching the limelight because of being spotted with Jaden Smith.

On her social media, she goes by the name Sab Zada despite her full name Sabrina Zada. She is the recipient of a high school diploma and has earned an associate’s degree. She is also earning her education degree from Texas State University and is known to reside in Los Angeles, as evident by her social media profiles. Sab Zada is very active on her social media profiles including Instagram, which she updates timely and often. She rarely talks about her family details and she has a wonderful lifestyle even without mentioning her parents’ names or siblings’ identities.

Sab Zada appeared to produce her elegant selfies on the timeline of her Instagram profile for the first time in July 2017. Soon, her trend grew and she became a sensational star on social media. She has grown to nearly 470K followers on Instagram. She often receives positive feedback from many of her fans and followers even on her YouTube channel, which she launched back in April 2014 and now has grown to around 49.6K subscribers.

Zada has got 881 posts on her Instagram timeline and goes by the user name “pasabist'”, where she often remains active while interacting with her followers. She is working as a social media influencer and owns a YouTube channel where she is often seen filming the videos of make-up tutorials and boasting a fan following of around 49K subscribers. She has got herself landed with the signing contract to Select Modeling agency in Los Angeles. Sabrina earns money through her website-based media stages and product affiliation content that she posts on her profiles.

Sab Zada is in a relationship with an American rapper and actor named Jaden Smith. Jaden Smith is the son of the controversial pair of actors named Jaden Pinkett Smith and Will Smith. Sab Zada and Jaden Smith were recently spotted at Coachella while holding each other’s hand, making all of their fans believe that they are romantically involved with each other. The pair was pictured while making their way in the crowd on day two of the music festival in Indio, California. It is said that the pair (Jaden and Zada) have been involved with each other since September 2020 when they together were first spotted on a dinner date.

Most recently, the pair was seen together enjoying a date at Disneyland on the occasion of Valentine’s Day. Jaden Smith who is 23 years old came into the spotlight after the controversy around his father Will Smith arose. During the 94th Academy Awards, Will Smith slapped Chris Rock while Chris joked over Smith’s wife who was having a clean shaved head. The shocking incident took place in March when Chris appeared on the stage to introduce the best documentary category. It is said that Jaden is trying to have the shoulder of his girlfriend over the controversy and taking the eye of the media over his actions.

Sab Zada is only 23 years old. She is young, aspiring and an inspirational personality for many of her fans, declaring her success to the people and how far she has achieved in her life. Although she never revealed her net worth, it is known that Zada’s estimated net worth is somewhere around $500K.