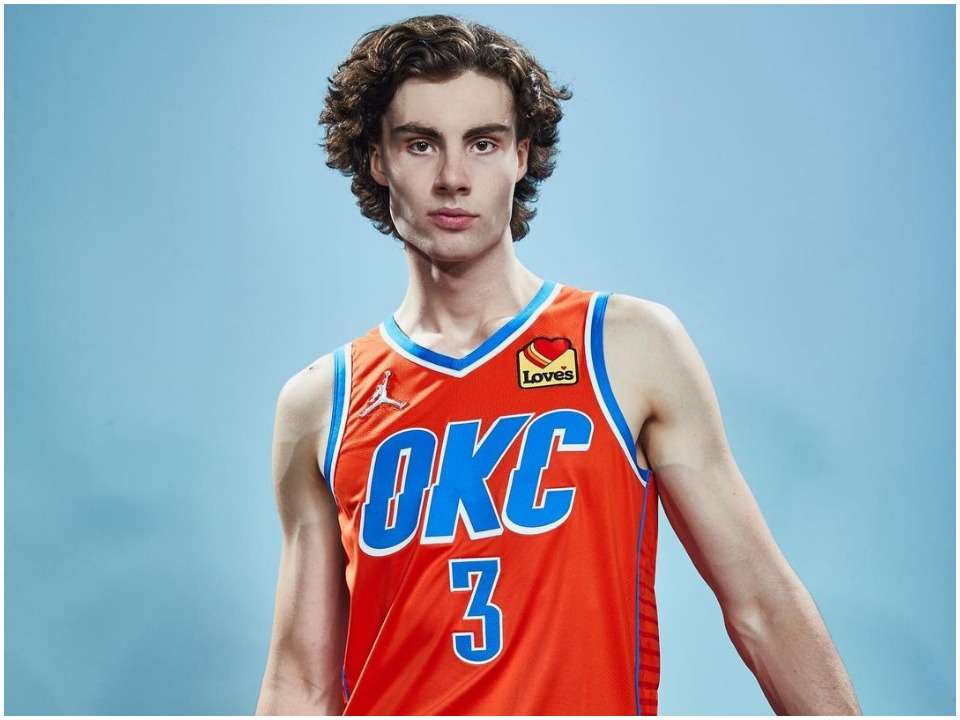 Josh Giddey is an Australian personality who plays basketball for the Oklahoma City Thunder of the NBA (National Basketball Association). He made his debut with Thunder when he was selected by the team as the sixth overall pick in NBA Draft 2021.

Josh Giddey was born on 10th October 2002 in Australia. He went to St Kevin’s College in Melbourne and later, started playing for the NBA Global Academy and became one of the emerging stars to play basketball at a young age. At the Australian Under-18 Championships that was held in April 2019, he rushed for an average of 20 points with 8.3 rebounds and six assists per game. With this particular performance, he became the leading VIC Metro. In January 2020, he led the NBA Global Academy to win the Torneo Junior Ciutat de L’Hospitalet in Barcelona which further made him earn the title of “most valuable player (MVP)” honors. In the following month of NBA All-Star Weekend in Chicago, he participated in Basketball without Border and earned the honor of all-star of the camp.

Giddey’s father, Warrick was a basketball professional player who played basketball for a long time and was one of the players of the Melbourne Tigers in Australia. His mother, Kim was also a basketball player who used to play for the Tigers in the Women’s National Basketball League. Giddey’s sister, Hannah used to play forward for the Oral Roberts Golden Eagle. His father Warrick Giddey was also the head coach of the basketball team at St. Kevin’s College, Melbourne in which Josh participated. His father stepped down from his role as a coach and started supporting his son for NBA.

On 12th March 2020, Giddey made a contract with the Adelaide 36ers of the NBA and became the first Australian to be a part of the Next Stars Program to develop an NBA draft. He refused many offers from NCAA Division I program including Arizona to continue with his commitments with Adelaide 36ers. On 26th April 2021, he scored 12 points, 10 rebounds, and 10 assists with total scores of 93-77 while losing to the New Zealand Breakers. He became the youngest Australian in NBA history to make a record of a triple-double.

On 27th April 2021, Giddey was declared to be participating in the 2021 NBA draft where he was a member of the NBA draft lottery. Later, on 29th July, he was drafted as the sixth overall pick by Oklahoma City Thunder, and thereafter on 8th August he made a contract with Thunder and that same day, he had to suffer an ankle injury while being playing with his NBA Summer League debut due to which he was ruled out for the rest of competition as a part of a precautionary measure. Recently, on 20th October 2021, he made his NBA debut with Thunder where he put four points with 10 rebounds and three assists with 107-86 loss to Utah Jazz.

It is not known whether Josh Giddey is committed or not. He has not revealed much about his personal life or past love affairs. However, we will soon update this section.

Josh Giddey has recently started with his professional life. He has just entered the NBA with his first debut in March 2020. He is the youngest Australian player who is on the way to becoming a national star. Soon, he will be able to grab the high names and titles. For now, his net worth is estimated to be around $1 million. However, we will keep entertaining our fans.