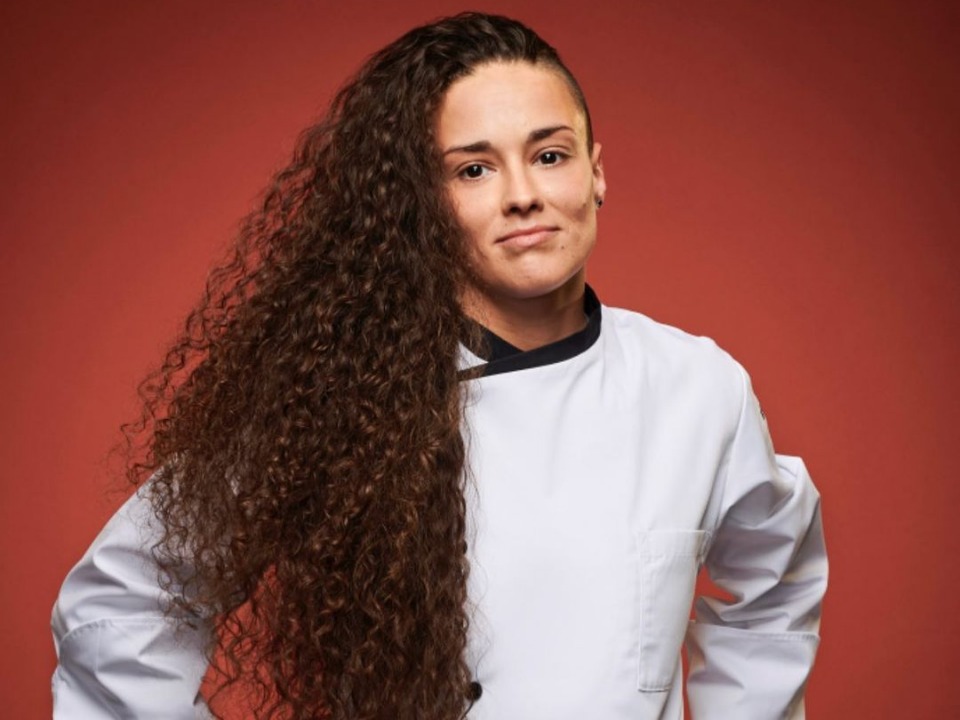 Jordan Savell was born in Fort Worth, TX, United States of America. She keeps her family life private and never mentioned any kind of details about her family. In fact, she didn’t even reveal the number of siblings she has. Talking about her likes and dislikes, she has a great passion for cooking and plans to grow her future in it. As Jordan is not quite famous right now, and not gained her worldwide fame yet, she never had a chance to talk about the school she studied in or the University from which she graduated. She has not even mentioned the subject or field she has majored in but according to her cooking and kitchen skills, she is expected to have majored in the same field.

Jordan once mentioned that she wanted to become a chef right out of high school but her parents did not allow her and told her to find something else and then she went to the fire school and was an EMT for several years and worked for MedStar. Then she decided to be a chef again and went to work at Blue Sushi in Fort Worth as a line cook. Jordan started her career by appearing in season 19 of the Hell’s Kitchen. As her first impression, she was heavily courageous, risk-taking, and a strong fighter. She had a light-hearted personality and an upbeat vibe outside of the kitchen but while inside, she was focused and headstrong, if a bit scattered at some points.

She also has a short temper and would get pissed easily, especially when she messed up during a challenge or when her teammates didn’t perform well. In the kitchen, she proved herself to be a strong link to the red and was a strong motivator to boot, being able to put her creativity to mind even if it didn’t always end up well while she had a mediocre start and had an inconsistent run overall, most notably being weak on the meat station, However, her overall downfall was her lack of leadership, which led to her elimination. She developed friendships with Kori, Mary Lou, Amber, Syann, Fabiola, and Nikki.

In that season, she scored 3 out of 5 in the signature dish challenge score, 2 out of 4 in the blind taste test. She won 4 challenges and was nominated 5 times before getting nominated. She is the first contestant to be nominated for a challenge twice. After her appearance on the show, Jordan launched her sandwich trailer named Bullish foods, which provides catering services and its opening took place on January 16, 2021. She currently runs that food truck and is up for bringing it up. She even mentioned that it will be difficult to bring it up due to the covid 19 pandemic but she will try her best for it.

Jordan has been quite secretive about her personal life. She has never talked about her relationship with anyone. However, there is a chance of her being married as once she mentioned that her husband was quite addicted to drugs and alcohol. She has not mentioned anything about having kids. The controversies in which Jordan has been involved was when she was the contestant of the Hell’s Kitchen and all the contestants had to impress Gordan Ramsey and at that them Jordan was successful in impressing him and also complimented that she was no less than a soldier. Apart from that, there have been no controversies regarding her.

Jordan is running a food truck on her own which was recently launched and she might be earning a quite good sum of money. Though she is being interviewed by many media, she has never revealed her net worth or has not even given a hint of an estimated figure of her earnings. Currently, it is just known that she earns through her food truck and her cooking skills.