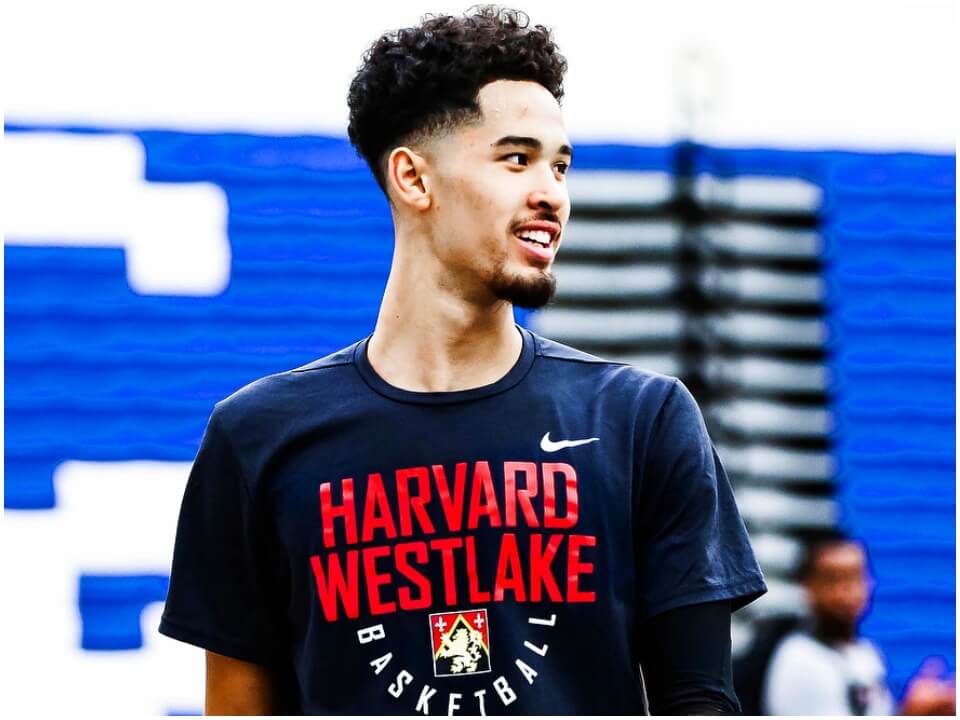 An American basketball player, Johnny Juzang plays for the UCLA Bruins of the Pac-12 Conference. The 18-year-old shooting guard is pursuing his professional career in a basketball game. His moves are astonishing and min-bending, through which he has generated a huge fanbase. He is longing to initiate his career in the NBA league and is projected to be picked in the first round.

Jonathan Anh Juzang popularly known as Johnny Juzang was born on 17th March 2001 and was raised in the arms of Los Angeles, California, United States. His father, Maxie Juzang, and mother Hanh Payton Juzang are an immigrant couple who came from Vietnam. Currently, his father is serving as a CEO in a Healthcare Staffing Company, wherever his mother is a financial advisor. Johnny grew up with his elder brother Christian and younger sister Lauren. His love for basketball is ever since he was a toddler. However, his parents were always supportive to pursue basketball professionally.

He studied at Harvard-Westlake High School in Los Angeles, California. He played as a point guard with the Harvard basketball team. In 2019-20, he studied at Kentucky and decided to play college basketball for Kentucky over Virginia. Later Juzang decided to shift to UCLA under coach Mick Cronin, and he was granted to play immediately instead of the usual requirement to sit out a season.

On 8th February 2020, he scored a season-high 13 points with three-three pointers in a 77-64 win over Tennessee. After committing to UCLA, he was unable to play the first four matches due to a stress reaction in his right foot. In his first game, he secured 10 points off the bench in a win over San Diego. On January 14th, 2021, Juzang had a blowout win over Washington State. He scored a career-high 32 points in a 64-61 win. He was the first Bruin to score at least half of his team’s points in a game since Reggie Miller.

Later in the year, he joined Miller and Lew Alcindor for the 2021 NCAA Tournament, to become the third player in UCLA history to score at least 20 points in their first two NCAA Tournament games.

The fantastic player has earned tons of followers through his overwhelming basketball moves. He enjoyed around 53.7k followers on his verified Instagram handle @jsilky5 and around 11.1k followers on his Twitter account @JohnnyJuzang.

Johhny is in a relationship with his girlfriend Emma Smith and usually, she remains in the crowd for cheering her sweetheart. Recently when UCLA runs in the NCAA came to an end, she even posted a story about him and said,

“GOOD RUN TO MY BABY. i love you. i’m so proud of you. you are incredible,”

The shooting guard is not receiving any salary from his playing career. However. He is getting a full scholarship from Kentucky University, which is worth around $45,000 to 55,000. The mainstream players of the college team roughly get benefits worth between $100,000 to $150,000 per year as per NCC policy. If he gets picked at NBA league, then he will enjoy an enormous amount of money with the contract worth millions. His net worth is estimated to be around $3 million,