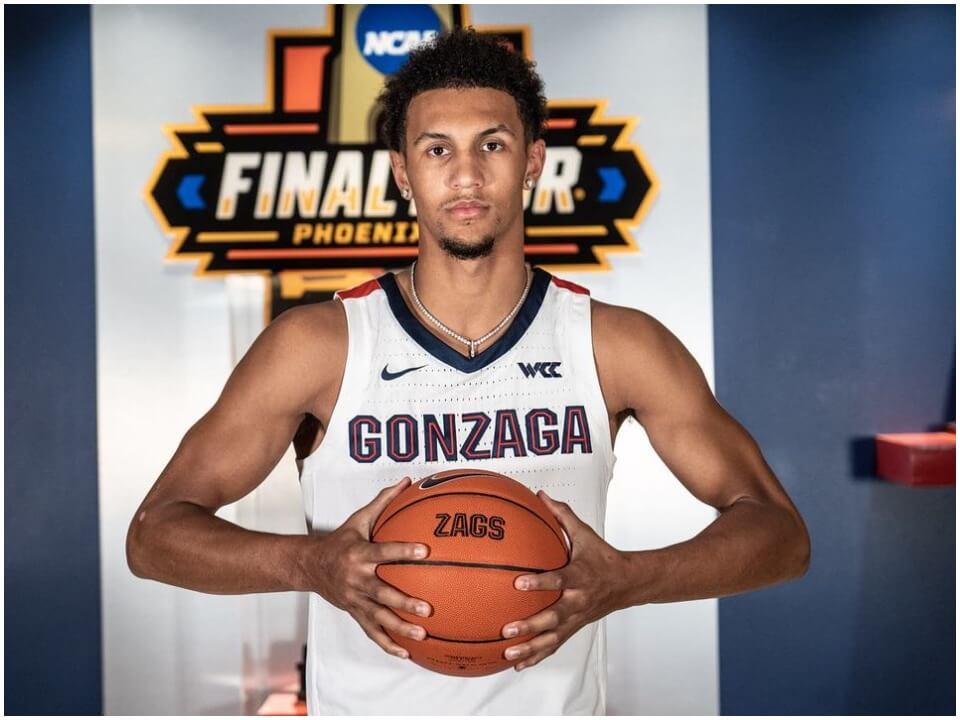 Jalen Suggs is an American Professional Basketball Player who plays for Gonzaga Bulldogs. He is positioned as Point Guard/ Shooting guard.  Earlier he used to play Basketball for Minnehaha Academy in Minnesota. Over there he was also highlighted as Minnesota Mr. Football in 2019 as he used to play both the games. He has 417 thousand followers on his Instagram account and 28.5 thousand followers on Twitter.

Jalen was born on 3rd June 2001 in Saint Paul, Minnesota, United States of America. The names of his parents are Larry Suggs and Molly Manley. He has two younger sisters named Jennica and Jaella. His cousin Eddie Jones and Terrell Suggs is active sports player. He played games like Football and Basketball since he was young. He went to Minnehaha Academy which is a private school located in Minnesota. For his further and higher studies, he went to Gonzaga University to play Basketball. He decided to focus his career on playing Basketball.

Even in Football, he was considered as a four-star recruit by ESPN as a dual-threat quarterback. In his college year, he played matches against Kansas, Auburn, West Virginia, Iowa, and many more. He ended the game with a score of 4 points, 6 rebounds, and 5 assists. His participation was also seen in national matches like FIBA Under 16, 17, and 19 world cup. Recently in 2021, the NCAA Tournament stage final four was won by his team against UCLA with a score of 93-90. They will now play the upcoming championship round which will be held soon. He will also be seen giving post and pre-game interviews and will update his fan about his game through his social media account.

Jalen is all over the news for his game with UCLA. The game was the best buzzer-beater ever as the shot went into the basket, the horn goes off. Later his team won and was qualified for the next round. He is a very professional player and likes to act as one. His interest is more towards the game and so has not been a part of any controversy or rumor yet.

Jalen is currently single according to sources but he shares a good friendship with Paige Bueckers who is also a Basketball player. Some people assume that they are in a relationship, but in reality, they are not. He likes to keep his personal life private and away from the limelight. His focus also seems more towards the upcoming matches.

Jalen earns a lot from playing professional Basketball matches. He also participates in playing football games and also earns from the same. His net worth has not been shared with the media yet but he does earn a lot enough to satisfy his needs. The other sources of his income can be from his sponsors and event appearances.