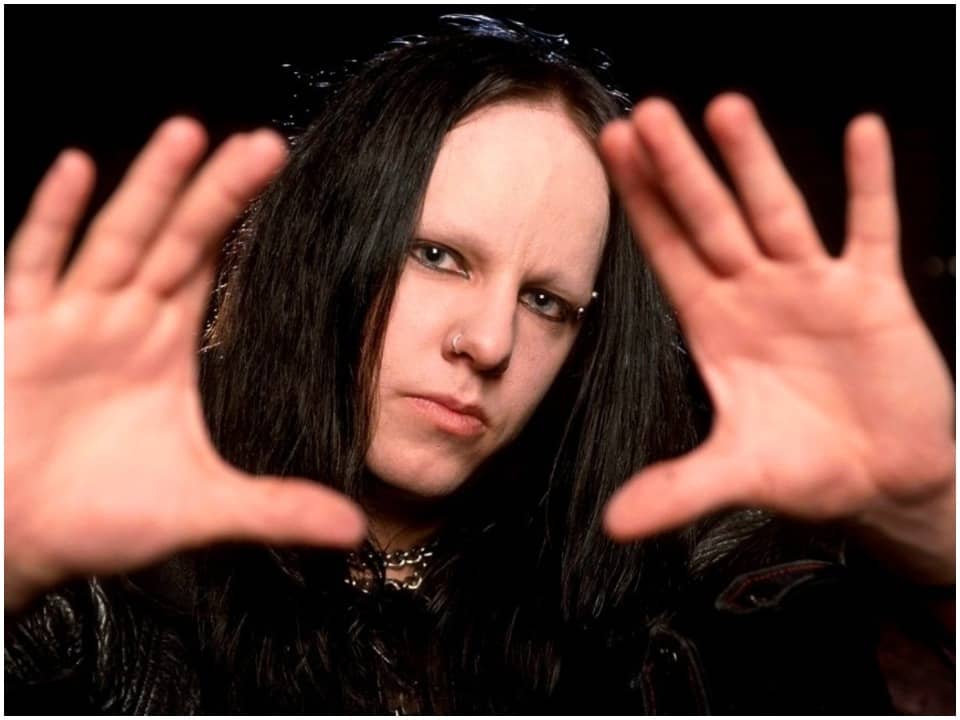 Joey Jordison was an American musician and composer best known for his work as the drummer for the metal band Slipknot and as the guitarist for the horror punk band Murderdolls. He possessed extraordinary abilities in his field, which had won him notoriety and financial success.

Nathan Jonas “Joey” Jordison was born on April 26, 1975, in Des Moines, Iowa, United States of America, to Steve and Jackie Jordison. He is the son of Steve and Jackie Jordison. He was the older of two younger sisters. The majority of his childhood was spent in a rural location outside of Waukee, where he used to enjoy playing basketball on the street in front of his house. He became interested in music at a young age, which he owes to his parents’ influence: “They always set me down in front of the radio rather than in front of the television.” Joey played the guitar until he was eight years old when he received his first drum equipment as a gift from his parents.

He then formed his first band while still in elementary school. Jordison’s parents divorced when he was young and his mother set up a funeral parlor. In the initial phase, he started his spectacular journey from a local band called “The Reject” as a guitarist. Although, it didn’t last long and he just performed for a couple of shows and left the band to find further opportunities. In March 1994, he got a job at a Sinclair garage because of a new friend’s recommendation in Urbandale. He worked the night shift, which he preferred, as it allowed him to spend time with his friends and listen to music while working.

Joey Jordison joined Slipknot in 1995 after he was approached by a new project called The Pale Ones. Jordison worked night shifts at Sinclair’s garage while the band members were working on their early development. In 2008, Slipknot has to cancel some English tours because Joey broke his ankle and he had to undergo emergency treatment for the same. In June 2016, Jordison revealed that he suffered from transverse myelitis, a neurological disease that cost him the ability to play the drums toward the end of his time with the band. The Murderdolls made their first appearance on an episode of Dawson’s Creek entitled “Living Dead Girl” in October 2002.

In 2010, Joey came back to his old lads and reunited with Wednesday 13 original lineup. They released their second studio album Women & Children Last on August 31, 2010. In April 2013 details emerged of a new band featuring Jordison, Jed Simon, and Kris Norris. On May 5, 2016, Jordison announced that he had launched a new extreme metal band called Vimic. Jordison has played with several different bands, solely as a touring member. In 2004, he was called the band’s “hero of the day” when Metallica drummer Lars Ulrich was hospitalized for an unknown illness. Jordison joined Ministry in 2006 and appeared in the music video for their single “Lies Lies Lies”.

In 2010, he toured with Rob Zombie after Tommy Clufetos withdrew from the band. He also performed on eight of the 13 songs that made up the set at the Download Festival in 2004.  Jordison suffered from acute transverse myelitis with symptoms starting in 2010, but not being diagnosed for a long time. The disease had temporarily cost him the use of his legs and caused him to be unable to play the drums before rehabilitation. He recovered with the aid of medical help and intensive work in the gym. Jordison endorsed Pearl drums, hardware, rack system, pedals and percussion, Paiste cymbals, Remo drumheads, Pro-Mark drumsticks, ddrum triggers, and Roland electronics.

In the months leading up to his death, Joey Jordison was not in a relationship. He had never been married and, of course, he had never been the father of children. He was completely devoted to his work and his passion for music, and he never wavered in his commitment. His supporters referred to him as a “living legend.” Joey Jordison was a social media presence on both Instagram and Facebook. On Instagram, he had 318K followers and 10 followings with 152 posts, whilst on Facebook, he had 1.9M followers and 10 followings with 102 posts. Since October 2013, he has also been active on Twitter, where he has 68.9K followers and 7 followings, according to Twitter.

A total of 5 million dollars has been amassed by Joey Jordison, an American singer, composer, and record producer whose success has been entirely fueled by his love of the music industry and dedication to his craft.