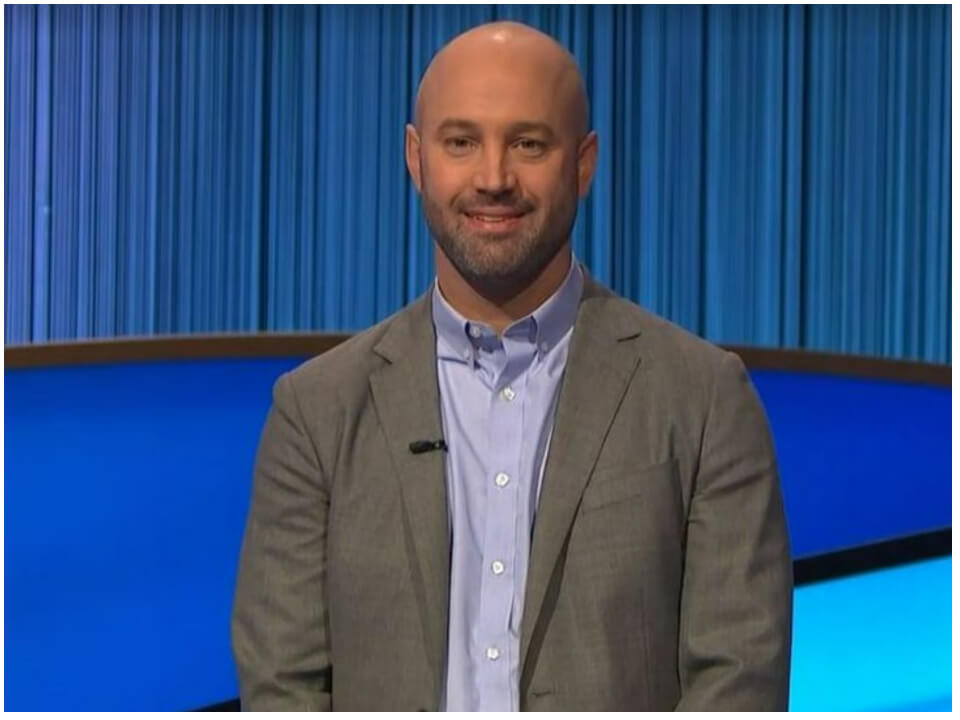 Joe Feldmann is an American personality who is the new contestant on the show Jeopardy. He came on the show on Friday night, 24th June 2022, and won the hearts of many with his intelligence and smartness. He qualified for the test after a long time and appeared on the television having his first television appearance in his life. On his first day of the game, he defeated the long-running Jeff Weinstock, who appeared for his third game on 24th June 2022.

Joe Feldmann, who goes by the full name Joseph Feldmann on LinkedIn, seems to be around 30 to 40 years old as he completed his college education in 2004 and began hustling for professional life in the same year, according to his LinkedIn. He went to the University of Maryland where he received his bachelor’s degree in Economics with a grade of 3.7.

From April 2009 to September 2009, Joe worked with QED Group LLC and later had a shift from this job to another office named FI Consulting, where he spent more than 7 years in the positions of manager and senior analyst. Since October 2017, he is now working with Capital One, where he was first hired at the position of senior manager and later promoted to director in March 2019.

On his first appearance, Feldmann defeated another long-running contestant Jeff and became the first winner, where he had a total earning of around $22,900. After appearing for the first episode, he became confident about his position and started showing more strength in his body language. On the 27th of June 2022, Monday, Joe played his 2nd game while standing against his opposition Armand Sanchez and Emma Henke. Joe is a technology professional and belongs to Maryland. He is recently in the news because of his new record-making gaming journey. His last victory on Friday night on 24th June 2022 made him earn a one-day total of $22,900.

While playing the first round, Feldmann led the streak with a total winning of $6,600 and followed closely by Sanchez with $6,000, and lastly by Henke with a winning amount of $4,600. During the time of double jeopardy, things went a little tight between the contestants with Joe earning a lead place with $11,800 and Henke jumping into second with $11,000 followed by Sanchez with $6,800. In the ending hours of the show, Feldmann gave the correct answer and became the big wager paid off with a two-day total of $45,000.

Joe Feldmann has not given any clue on the set of the game regarding his private life story. However, it seems as if he is married because he is around 35 years old and it would be unfair to say that the young and dynamic personality is not married.