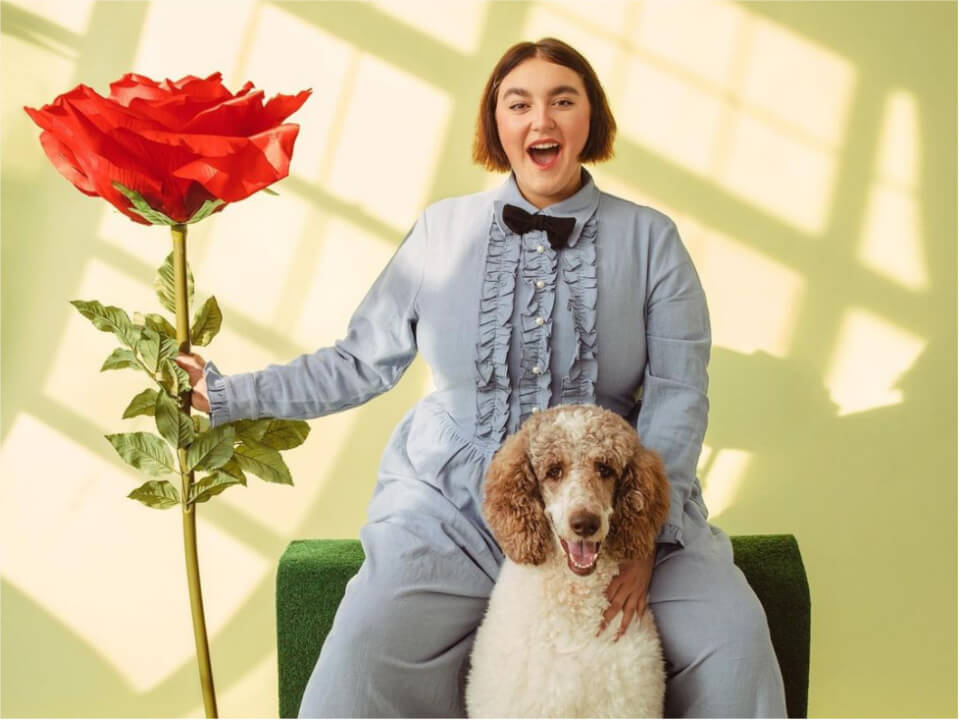 Gracie McGraw is an American personality famously known as the celebrity star kid of the singers Tim McGraw and Faith Hill. She is in the news because of her appearance on social media where she showed her singing talent to the public. She sang the song “I’m Not That Girl” from the hit musical “Wicked” and amazed the fans that she has instilled singing in her blood through the genes of her singer parents. Gracie is also being speculated about in the media because of her simple look; she wore a simple oversized sweater and posted the video on Instagram with the caption, “…..Wicked will always remain the top 5…”

Gracie McGraw was born on 5th May 1997, making her around 25 years old as of 2022. She follows the Christian religion and shares her childhood with her other siblings, probably known to be two sisters- both younger than her. She has been interested in singing since her childhood stage and is the daughter of professional singers named Tim McGraw (father) and Faith Hill (mother). Gracie has completed her education at a local school and later enrolled herself at the New York University, from where she completed her higher education and later started her prime focus on her singing career.

Gracie’s father is a famous country singer and songwriter. Her mother is a singer and held the position of a record producer. She has two younger sisters in her family, named Maggie Elizabeth McGraw (born on 12th August 1998) and Audrey Caroline McGraw (born on 6th December 2001). Gracie seems to be a friendly traveler seeing her images on her Instagram feed, where she has posted a lot of her pictures along with her younger sisters, friends, and the families while roaming the roads and sharing traveling destinations.

She is famous as the eldest daughter of her singer parents. Despite being a star kid, she is a social media influencer and has gathered a lot of fan following on Instagram with several friends, girlfriends, and boyfriends who have posted pictures with her. As of December 2021, she has accumulated around 42.8K followers on her Instagram profile. Seeing her singing talent on social media, it seems as if she is interested in singing and pursuing her career in the same field as her parents. On Gracie’s Instagram profile, you will find many videos and photos of her family and friends. One of her videos includes her father Tim singing with her while going on a road trip in a car.

On the other hand, her father posted the video with the caption- Dang, this girl can sing! Gracie is a music lover and has grown around it, she has spent most of her childhood years singing and playing guitar. She has got a great voice and during her childhood, she used to spend her time with her friends while singing in the basement of her house. The father Tim has brought his daughters on the stage while performing and having the live concert. One while going through “Shotgun Rider Tour” in 2015, he brought his then-18 years old daughter on the stage to accompany him while singing the song “Here Tonight”. Despite this, he has got his daughters featured on his albums many times.

For the moment, there is no information on Gracie’s private life story and her romantic relationships. It is not known whether she is committed to anyone romantically or not, although she is seen on her Instagram feed along with her friends including girls and boys. Seeing her Instagram feed, it seems that she is very close to her one friend named Joshua (Josh).

Although Gracie McGraw has not revealed his name, her father once revealed that she made her boyfriend come to the house to meet the parents and the family. During the first meeting, the father Tim was dressed in an apron, holding a knife, with meat juice dripping down the apron. Tim called the boy a poor guy who went to meet the parents in such a condition.

There is no such information as the net worth in Gracie’s biography. This is because she belongs to a rich family of singing personalities. Her dad Tim is an honorary personality and has won 3 Grammy Awards, 10 American Music Awards, and 11 Country Music Awards. He has worked on several duets with his wife Faith and one of their highest-grossing country music tours was “soul 2 soul tour” giving successful hits in 2006. Gracie’s mother Faith is also an individual singer with 6 American Music Awards, 5 Grammy Awards, and 15 Music Country Awards. The family enjoys their spare time in the house in Franklin, Tennessee.