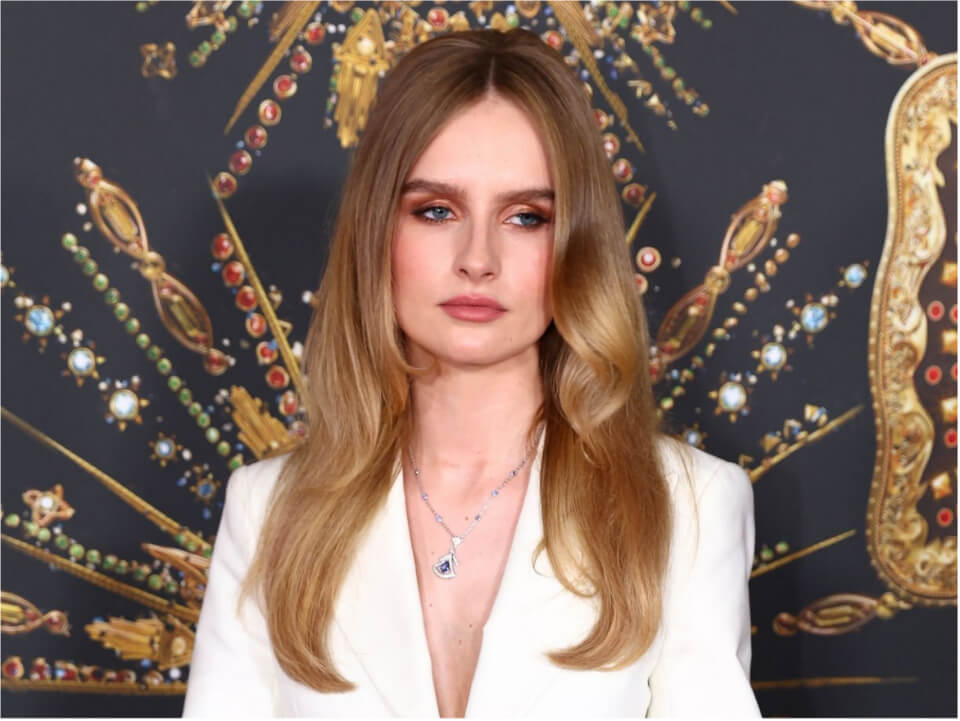 Olivia DeJonge is a dedicated professional actor from Australia. She is well-known for her unrivaled talent and rose to prominence after starring as Tara Swift/Shaneen Quigg in ABC1’s Hiding and as Becca in the film The Visit (2015). She recently landed her breakout role as Priscilla Presley in “Elvis” alongside Austin Butler and she is gaining a huge fan following as well.

Robyn and the businessman Rob DeJonge welcomed their daughter Olivia into the world in 1998 in Melbourne, Victoria. When she was five years old, she and her parents relocated to Perth, Western Australia, where she spent her childhood in Peppermint Grove along with her younger. Olivia has not revealed anything about her past life yet. Despite her fame, there is no data regarding her school and school life. We just know that she attended the Perth campus of the Presbyterian Ladies’ College.

Olivia made her film debut in 2014 with a role in Sisterhood of Night, which was released on 10 April 2015 after receiving a premiere in October 2014. She started going to professional auditions by the age of 12, and she quickly proved that she had some talent, according to Vogue Australia. My parents needed to take this more seriously, my agent had to sit them down and tell them, she recalled. She shared the screen with Kal Penn, Kara Hayward, and Georgie Henley. She made an appearance in the Australian ABC television drama series Hiding in 2015, where she played Tara Swift/Shaneen Quigg, one of the main characters.

Olivia played Becca, a young woman who is filming a documentary about her family when things start to get a little strange, in Mr. M. Night Shyamalan’s famous horror movie “The Visit” from starting of 2015. DeJonge had no idea what to anticipate from the role when she originally acquired it. She and Ed Oxenbould were chosen to co-star in the horror movie The Visit in the role of Becca. The movie, which was directed by M. Night Shyamalan, had its premiere on August 31, 2015, and Universal Pictures released it on September 11, 2015. DeJonge played Alice Burbage in the TNT series Will in 2017.

Olivia now has 380k followers, 892 followings, and 43 posts on Instagram with the handle @olivia_dejonge. She does not use any other social media channels. Even if she is, she hasn’t revealed it because of a few factors.

Olivia DeJonge hasn’t made her boyfriend’s identity known to the public or the media. She is allegedly dating actor Austin Butler, according to speculations. On the set of Elvis, a biographical musical drama movie about Elvis Presley, the two people got acquainted. Austin will play Elvis, while Olivia DeJonge, who plays Priscilla Presley, will be his love interest in the movie.

American actor Austin Butler, 29, rose to fame after playing a well-known role in the drama series Switched at Birth. Austin was previously linked to Olivia after a nine-year, widely publicized relationship with Vanessa Hudgens. According to rumors, Olivia and her purported lover were seen eating together at a diner by an unreliable eyewitness. While they were dining, Austin and Olivia were reported “extremely close,” with his hand always “on her leg.”

Olivia DeJonge’s net worth is estimated to be $1 million. This includes her possessions, funds, and earnings. She manages to earn this amount all by her talent, passion, and hard work she puts into her profession as an actress. She has been able to amass riches through her different sources of income, yet she wants to live simply.