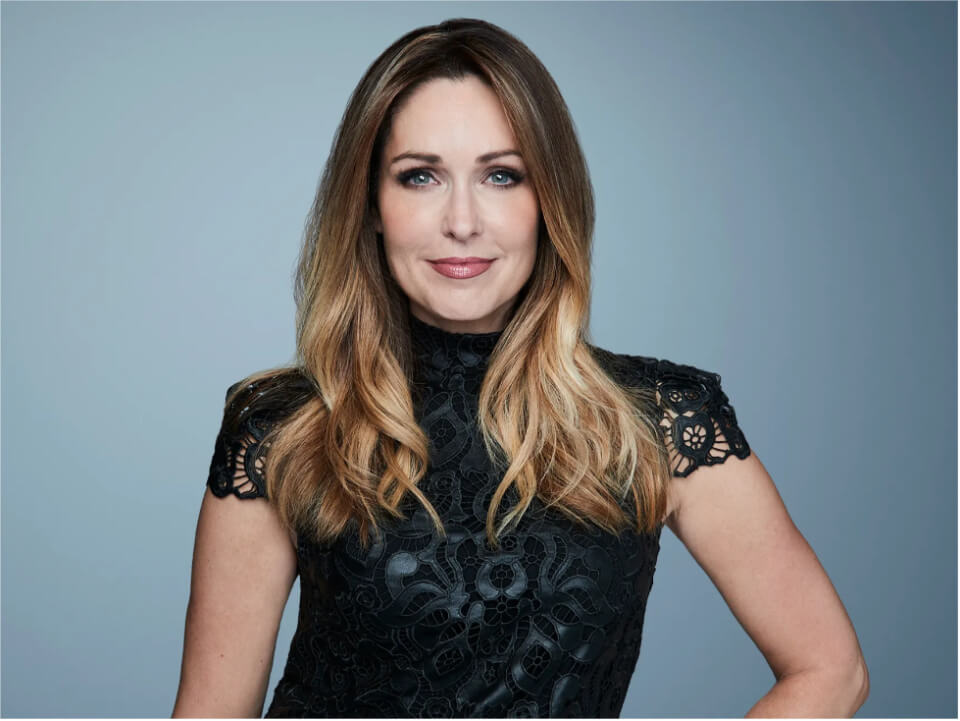 Christi Paul is an American personality famously known for her former position of weekday news anchor for HLN and weekend news anchor for CNN’s New Day. She called it her last day on the channel and announced her tearful retirement on 26th June 2022.

Christi Paul was born in 1969, making her 53 years old as of 2022. She was brought up in a Christian family in Bellevue, Ohio. She went to the University of Toledo where she earned her degree in broadcast journalism.

After completing her education, Christi got the start of her professional life in the field of broadcast journalism in Clarksburg, West Virginia, where she got her first job at WDTV and where she held the position of a news anchor, photographer, reporter, and editor. She then had to move to different places because of her other profile as a reporter and anchor, based in Boise, Idaho, and Phoenix. She worked with the channel KTVB based in Idaho where she was honored by Idaho Press Club, for her combined work, stories, and news on Julianne Prudhomme, who was a 4 years old girl during that time and went through 5 organ transplants.

Paul earned her job at CNN in 2003. During her tenure at CNN, she worked as an anchor for the sister station allied HLN and became the substitute host for the program Morning Express with Robin Meade. She also worked as the weekend anchor for the show New Day on CNN for 9 consecutive years. On 26th June 2022, she announced her departure from the channel and had her signing off from the show New Day Weekend. Despite holding the position of a former journalist, she has developed herself into an author after publishing the book called “Love Isn’t Supposed to Hurt”, which was published back in 2012. It is a marriage memoir in which she described her marriage with her previous husband and the abuse she used to get out of the relationship from Koebel- her previous husband named Justin in the book.

Christi has also achieved the title of Miss Mansfield (Ohio). She was Miss Greater Cleveland from 1991 to 1992 and then held the title of runner-up to Miss Ohio back in 1993. She appeared in the competition back in 1992 to succeed the winner Robin Meade, who would be her co-worker on CNN. Christi has also remained a stage performer and got the chance to perform the national anthem before the Atlanta Braves vs. Florida Marlins game on 6th June 2007 and has also performed on the stage on the occasion of National Hockey League game on 24th February 2009 between the Colorado Avalanche and the Atlanta Thrashers.

Announcement of Leaving the Channel

On 26th June 2022, Christi Paul, who remained the longtime weekend anchor for CNN, announced that she would be leaving the channel. Christi spent nearly 20 years with HLN – the sister station of CNN and CNN and worked for New Day Weekend. She bid farewell to all of her colleagues calling it the “great resignation”- the type of resignation that employers take to steadily move for other opportunities. She said that after the resignation, she would be moving to her home back in Ohio. Christi had a tearful goodbye and said that she already decided to leave the channel back in January, claiming that her schedule with the channel used to keep her away from her family. She said to her co-host Boris Sanchez that she has become tired of getting tired.

Christi Paul has married twice in her life. Earlier, she was married to Rob Koebel, with whom she had a stressful relationship and somewhere it was abuse also, which she has described in her book. Later, she married another long-time partner named Peter Wurm, with whom she shares three daughters.

Christi Paul, who is 53 years old and is famously known as the former journalist at CNN, is surely earning well because of her only profession of journalism and her association with various private companies. For the moment, Christi’s estimated net worth is somewhere around $5 million, which she has gathered from her previous positions and her work at HLN and CNN.