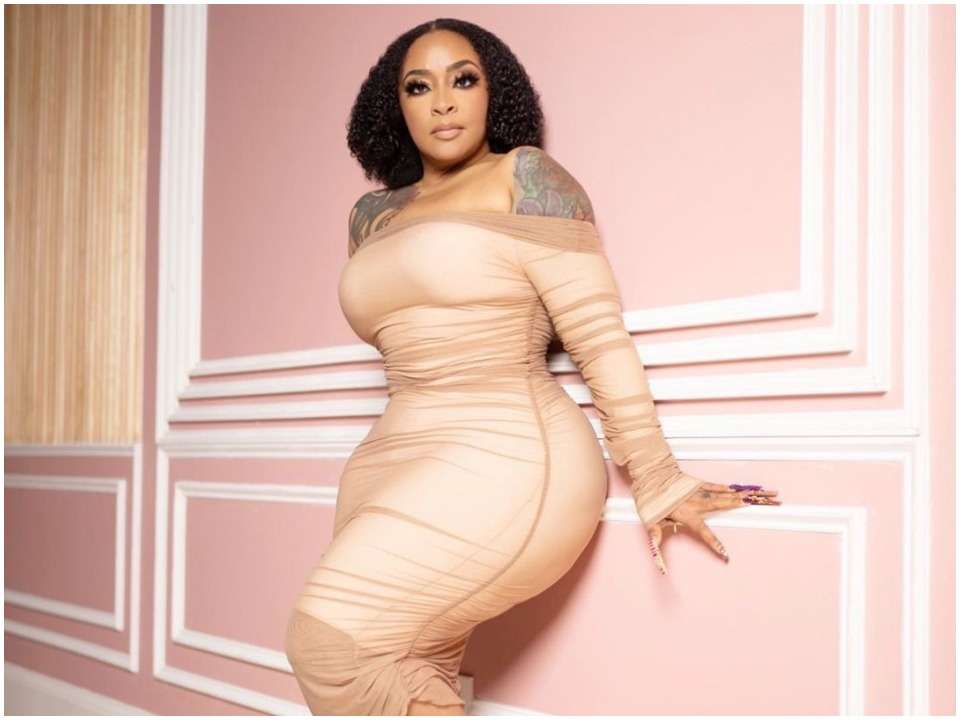 Jesseca Dupart is an American citizen who is an entrepreneur by profession. She is popular and came to the limelight after she became committed to her fiance Da Brat. Currently, the couple is too happy and probably busy in preparation to welcome a new member to their life. They announced that they are getting married and also expecting a baby so it’s a double celebration for them.

Jesseca Dupart was born on 12th February 1982 and as of 2022, she is 40 years old. Dupart is the founder and CEO of her self-made company by the name Kaleidoscope Hair Products. The 40-year-old lady was born and raised in New Orleans, Louisiana. She was sparked with the idea of opening her hair product sales studio in 2013 in New Orleans. Despite her work, she is a single mother in real life.

Once Dupart caught herself in a tragedy when her studio got burned down in December 2013. But, she did not lose her heart and opened it again in July 2014 and introduced the theme of hair products with the name Kaleidoscope Hair Products. In 2018, Dupart’s studio gained huge popularity because of her business. Her studio made an average sale of $100,000 a month to $1 million by the end of March of the same year when it was started.

In 2019, Dupart was honored with the Key to the City of New Orleans by the mayor of New Orleans, LaToya Cantrell. She was honored with the award after she got recognized for her business and her contribution to the area. Her business gained the limelight and was featured in various magazines like The Real, Essence, Allure, and Marie Claire. Her studio cum shop started selling hairstyle products for the kids. The products included gummy bears, shampoos, and sprays. Jesseca Dupart has gained huge limelight after her business came into the limelight of various magazines. She started appearing as an Instagram personality with over 2 million followers.

Among those who follow Dupart and her business strategies include Cardi B and Keke Palmer. Dupart reportedly gave birth to her first child at the age of 15. Two years later, she went to have her second child. After she had her second child from an unknown personality, Dupart was forced to become independent. Her family abandoned her through her pregnancy for the second time and made her pursue an independent lifestyle. With the flow of life, Dupart came to become a hairstylist. She opened her shop and by the end of 2016, she boasted around 43,000 customers. Within two years, she started having a hold over her small business and became popular.

Jesseca Dupart is an African-American personality. She has three children. In March 2020, musician Da Brat announced that she came across the love of her life and found her love in the form of Dupart. On 31st January 2022. Da Brat announced that she and Jesseca are expecting their first together. Till now, the couple is engaged together and has shared many photos on their Instagram timeline.

Da Brat is nearly 47 years old. She is currently a GRammy-nominated rapper and is going to marry Dupart soon in February 2022. This is Da Brat’s first child with Jesseca. On the other hand, Jesseca has three children from her previous relationship. However, she has not given details regarding her previous relationship or the father of her children. The couple shared sweet memories or pictures of their togetherness. Da Brat wrapped her hands while making a heart with fingers around the stomach of Dupart. She captioned the pictures as “we are extending the family”.

Da Brat and Jesseca got engaged last year and announced in August that they will be getting married on 22nd February this year. The couple announced their pregnancy a month before their marriage. Dupart possesses three children from her previous marriage while this would be Brat’s first child. Da Brat is a singer and the two fell in touch with each other back in 2019. After dealing with the turmoil of hiding their relationship from the public, they went public in 2020 and revealed on Instagram that they are together.

Dupart is known to be a businesswoman with reportedly $12 million in sales annually. Dupart is estimated to earn a net worth of around $5 million.