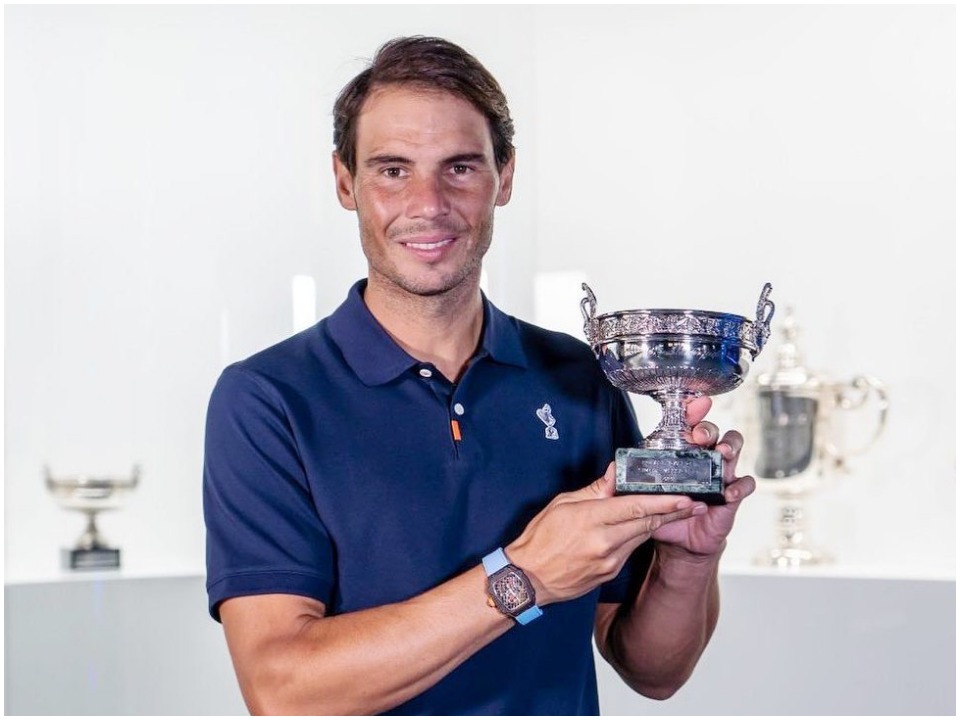 Rafael Nadal is one of the most successful tennis professional players of not only the current generation but also of all time. He is currently ranked 5th by the Association of tennis professionals. Popularly known for holding several Grand slam titles, he has built a glorious career and reputation over the years.

Rafael was born on 3rd June 1986 in Manacor, Balearic Islands, Spain to his parents Ana Maria Parera Femenias and Sebastian Nadal Homar. He grew up in a business family and his father is also an owner of an Insurance company, a restaurant, and a glass company. He grew up with his sister Maria Isabel and his Uncles are known to be associated with football and tennis. Rafael has not shared much about his education but is believed to have completed his high school education from a local school in Manacor. He got several offers to move to Barcelona or USA but he stayed back to complete his education.

Rafael started playing tennis at the age of 8 when he first participated in the under 12 regional tennis championship and soon at the age of 12 he won the Spanish and European tennis titles. Along with tennis he also played Football and is an avid fan of the Real Madrid club.  He turned professional at the age of 15 and won his first ATP match while at the age of 18 he became the youngest player to register a singles win at the Davis Cup. Rafael won his first grand slam title in 2005 in French Open against Mariano Puerta and continued to win 3 consecutive French Open titles the following years.

He lost his first-ever Wimbledon season in 2006 but recorded a win in the 2008 season against world number 1 Rodger Federer. Over the years, he kept recording several wins in the Australian Open, Wimbledon, US open as well as in French Open tournaments. Rafael currently holds 1 Australian open title, 13 French Open titles, 2 Wimbledon titles, and 4 US Open titles. He holds the title for most men’s singles title at a single event for his performance at Monte Carlo masters as well.

Nadal has also represented Spain in the 2008 Beijing Olympics in the singles event and secured gold. Later, in the 2016 Rio Olympics, he again recorded gold in the doubles event. He has also won 5 Davis club championships. Rafael also runs a training center as Rafa Nadal Sports Center in his hometown where he provided training in different sports and in health and fitness. He also has an academy in Greece, Kuwait, and Mexico.

Recently in the 2020 French Open, he won another win and stood on to his title of the king of the clay court. Moreover, in the 2022 Australian Open, he managed to record a win against Russian player Daniil Medvedev by winning two sets taking his grand slam tally to the count of 21 and 89 in ATP singles. He has now surpassed his contemporaries Novak Djokovic and Roger Federer and become the player with the most titles of all time.

Rafael currently has 15.6k followers on Twitter since he joined back in 2011 and also has an active Instagram account with 13.1million followers on the platform. He is highly active on social media and likes to post about his career, practice, and experiences.

Rafael is currently married to his long-term girlfriend Maria Francisca whom he dated back in 2005 and got engaged in 2019. The couple got married in 2019 and has been together for several years. Other than this, he is known to be an agnostic atheist and a huge fan of Japanese animation.

Rafael Nadal has been a professional since he was 15 and has since been winning several major ATP titles as well as Grand slams. He has earned a lot of income over the years and his net worth has been reported to be around $200million.