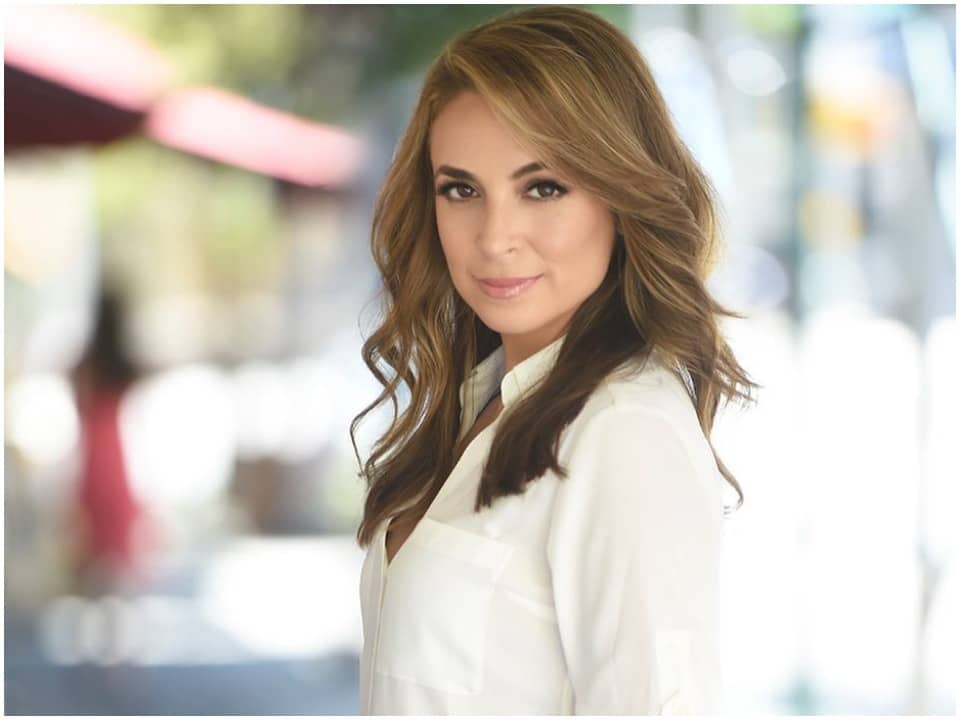 Jedediah Bila is an American television personality, author, and columnist. She is best known for her hosting as well as her decent looks. Jedediah came into notice and was well-known after being a co-host of ABC’s The View (2016-17). She is praised for being an anchor on the weekend edition of Fox & Friends. Although, she recently announced her departure from the channel, and this news was confirmed by the Fox News spokesperson. She an ambitious and independent woman, who knows her worth and lives her life on her own.

Jedediah Louisa Bila was born on 29th January 1979 in Brooklyn, New York, USA. She lived with her mom, dad, and cat named Scungilli. Her father had a small stamp and coin business while her mother used to teach acting for their living. She was exposed to political discourse amongst her family from a very early age. She donates her free time to exercise, eating healthy, and be outdoors as much as possible. Bila went to Wagner College, where she graduated as Valedictorian with a BA in Spanish in 2000. Later on, attended Columbia University for her further education and got graduated with a degree in MA in Spanish Literature.

Bila initiated her professional career when she got noticed for her online writing in march 2010. Soon she started appearing regularly on MSNBC, Fox News, CNBC and national radio shows for and informs the public while discussing education, pop culture, health, politics, and media. In 2012, Glenn Beck allowed her to join him on GBTV’s Real News as a regular panelist.

In 2013, she was offered a position of network contributor and signed with Fox News. While being a part of Fox News, she regularly co-hosted Outnumbered, The Five, and guest-hosted Red Eye. While working for Fox News, she guest-hosted for the 19th season of ABC’s The View. Moreover, in 2017, she got a chance to anchor a lifetime special, Abby Tells All.  Bila is currently working on her next book which is to be published by Hachette in November 2021. Bila recently decided to leave the Fox News channel and move forward with her journey however, no reason was mentioned. The spokesperson of the channel said,

“We have mutually and amicably parted ways with Jedediah Bila and wish her all the best,”

Jedediah also made a statement in which she said,

“Thank you to the Fox News reporters, anchors, contributors, and producers who have been an absolute pleasure to work with these last few years. To the viewers who supported me throughout my journey there — I’m deeply grateful for you and hopeful you’ll join me on my next adventure. I’m really excited for what’s to come.”

Bila got married to Jeremy Scher in February 2018. They refer each other as a partner in crime and laughs together through life’s twist and turns. Soon after their marriage in November 2019, they were blessed with a baby boy and named him Hartly.

Gorgeous Bila gets a whole lot of love on her social media from her fans. Day to day, her fan following is breaking the records. She has earned around 123k followers on Instagram @jedediahbila which is a verified account. Bila usually posts her stunning pictures and reels with her family and friends. She also posts adorable moments of her son. While on her Twitter account, she enjoys a huge fan base of 255.3k followers under the username @Jedediahbila.

Being a professional Host at Fox News, she has been able to gather a decent sum of income through her successful career. She receives a salary of over $200 thousand annually and her estimated net worth as a Fox News Contributor is around $1.5 million. She is currently leading a happy life full of luxuries with her small family.