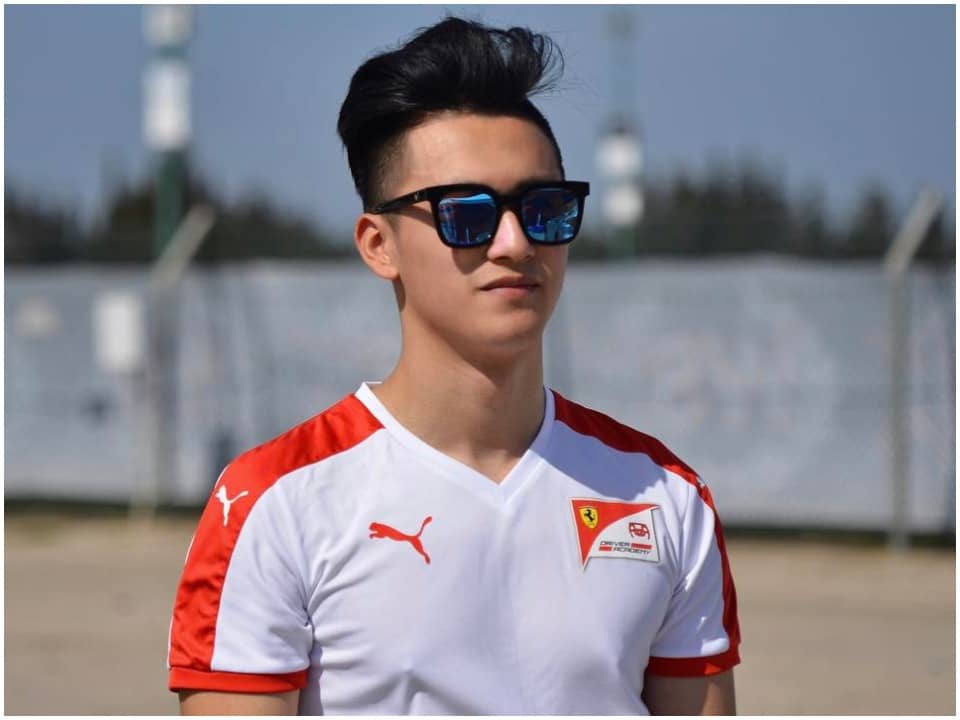 Guanyu Zhou is a Chinese Racing driver. With his sporting spirit, he keeps up to achieve what he dreams and never lets go of what he is destined for. Currently, he serves as the Test driver for the Alpine F1 Team, as being a member of the Alpine Academy. Prior to that, he was a part of Ferrari Driver Academy and served as a Development Driver for Formula E team DS Techeetah.

Guanyu Zhou was born on 30th May 1999, in Shanghai, China. He stayed in Shanghai until he was 12 and later on, moved to the UK with his family. According to the reports, Guanyu belongs to a rich family, as they are into the car business. Talking about Guanyu’s education, he studied at a boarding school in China. After shifting to England, he went to the high school in the Yorkshire city of Sheffield.

At that time, he only knew the Chinese language, so he faced difficulties communicating with people around him. After joining the Ferrari Driver Academy, he was unable to cope up with his studies and racing at the same time. So, he decided to discontinue his formal education.

Guanyu discovered his love for racing since he was a toddler and was able to fulfill his desire to be the best racing driver ever. When he was 8, he started karting in China. In 2012, after moving to the UK, he raised his level to a more competitive environment. At a very young age, he proved his talent to the people around him by winning all eight races in the Chinese Junior Kart championship. Later, he used to compete at the weekends in Britain and Europe in the Rotax Kart Championships. In 2013, he used to race with the Sheffield-based Strawberry Racing team.

He then joined the Italian F4 championship in 2015 and got great success by winning a hat trick in round 2 Monza. Later in 2016, he joined the German auto racing team Moto-park. At the initial round of the season, he had a successful open. However, he had to struggle during the second half of the season.  Alongside Luca Ghiotto, he joined UNI-Virtuosi Racing in the 2019 FIA Formula 2 Championship. During the 2020 season, he remained with the team, partnering with Ferrari Driver Academy member Callum Ilott.

Despite being a popular personality and acquiring amazing talent, he prefers to keep his personal life private. He might be single, as there have been no rumors around about Guanyu dating someone, which can bring our notice. We shall wait for the athlete to find his perfect one. Handsome hunk Guanyu has been able to gather a decent number of followers. He is very famous on social media and has around 56.6k followers on his Instagram account @gyzhou_33. While on his Twitter under the username @gyzhou_33, the boy enjoys 16.6k followers.

Given his accomplishments, Guanyu has achieved tremendous success in the racing world and is expecting more. He amassed his wealth mostly from the tournaments and championships that he participates in. His average salary is around $40,904 annually while his estimated net worth is around $5 million. Due to his fame, he is endorsed by various brands like Puma, Hublot, Fanatec, Playseat, and many more. His endorsements are an add-on to his total net worth. As he is still in his adolescence, there’s no doubt that his fortune might increase in the future.