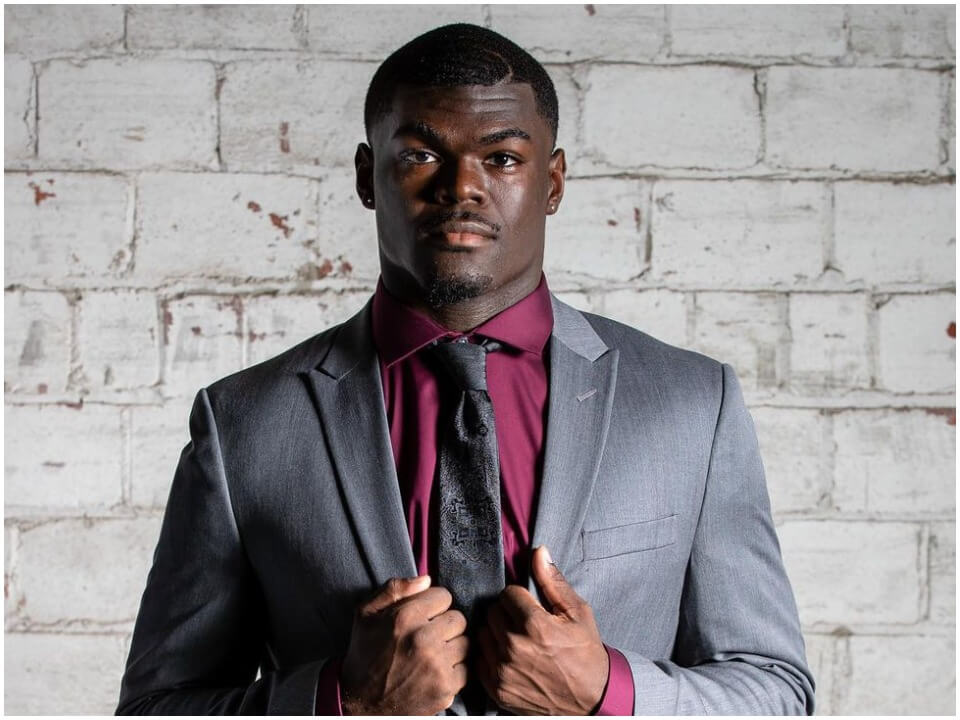 Jamin Davis is an American football player who plays as the linebacker for the Washington Football Team (Washington Redskins). Previously he played college football for the University of Kentucky and was drafted in round 1 of the 2021 NFL Draft.

Jamin was born on December 12, 1998, in Honolulu, Hawaii. He is the son of Tanga Davis and James Davis both of them are army veterans and have two siblings Tryon Davis and Tenisah Davis. His father, James, played football at Bethune-Cookman, while a cousin, Attiyah Henderson, played football at San Diego State. His brother, Tryon is signed with the University of Mount Union and starts in the spring. Before attending high school, he mainly grew up in Hinesville, Georgia.

Jamin mainly grew up in Georgia and went to Long County High School in Ludowici, Georgia. Then for further education, he received offers from schools including Purdue, NC State, Georgia Tech, and Louisville but ended up playing for the University of Kentucky, majoring in community and leadership development.

Jamin started his football career when he was still enrolled in high school. As a junior, he has 131 tackles and 45 tackles as a sophomore, totaling 302 career tackles in his prep career. He had 126 total tackles on defense as a senior while also rushing 11 times for 50 yards and was named Class AAA All-State honorable mention by the Atlanta Journal-Constitution. He finished the season with 126 tackles, with an impressive 89 solo tackles while being considered as one of the nation’s top 50 outside line-backers by 247Sports. Davis started a semester early while being enrolled at Kentucky in January 2017. As a freshman, he was seen in all 13 games finishing with 10 tackles.

In 2019, Jamin had 32 tackles, 1.0 sack, two quarterback hurries, and an interception. In 2020, he witnessed a massive improvement in his game and was also an All-America Honourable Mention. By his last year, Jamin was the only player in the FBS in 2020 with at least 100 tackles and three interceptions as he totaled 144 tackles with 2.5 sacks and five interceptions. Following his performance, Davis announced that he would enter the 2021 NFL Draft and subsequently was selected by the Washington Football Team in the first round, 19th overall, in the 2021 NFL Draft.

There are no details regarding Jamin’s personal life or who is he currently dating. As of 2021, he seems to be focused on building his career rather than a relationship. However, he could be dating someone in private away from the limelight. Jamin is active on all social media platforms including Instagram and Twitter through which he is often seen posting pictures from his previous matches or insights from his personal life. He goes by the username @itzshadow and has 14.1k followers with a verified Instagram account. Davis is also a user on Twitter with over 6k followers.

There are no accurate reports of Jamin’s net worth or salary as it has not been published and he has just started his professional NFL career. But the average salary of an NFL rookie player has a minimum salary of $435,000 US Dollars.