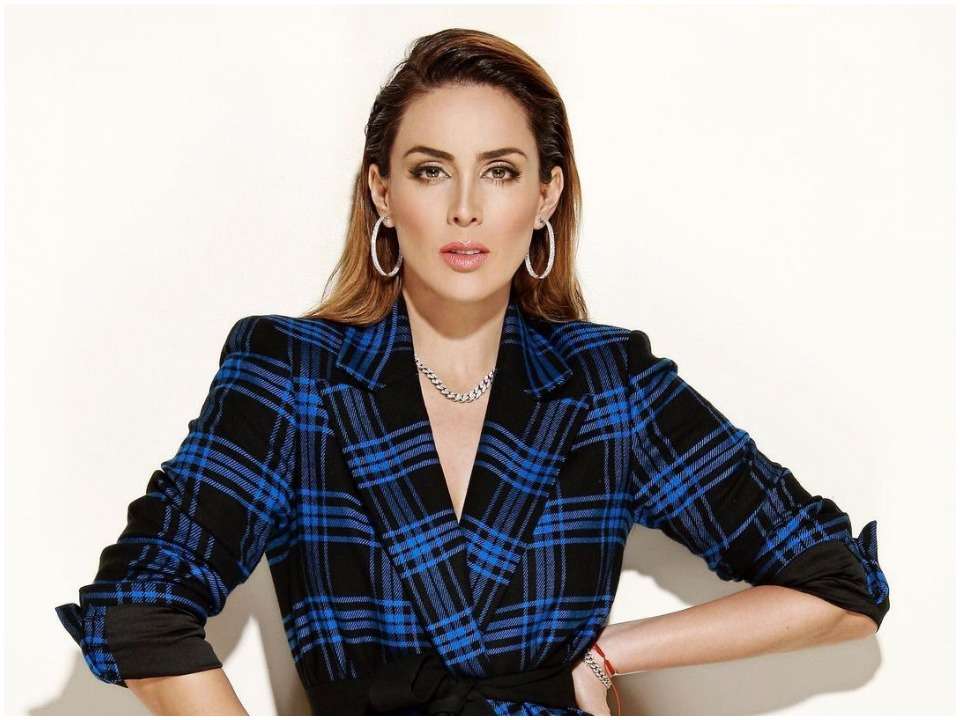 Jacqueline Bracamontes, a Mexican actress, model, and pageant holder is famously known to have won the Nuestra Belleza Mexico 2000 and for having represented her country at the Miss universe 2001. She is known for her immense talent in the field of acting and also for her charming and striking personality. Her performance in the Netflix comedy “The Patriarch” once again led her name in the trending personalities across the world.

Jacqueline Bracamontes was born on 23rd December 1979 in Guadalajara, Mexico to her parents Jesus Bracamontes and Jacqueline Van Hoorde. She grew up in her hometown with her siblings Jesus Bracamontes jr and Alina. Her father was the coach of the Mexican football team Chivas Rayadas del Guadalajara who later worked as a football analyst on Univision channel. She is known to have pursued her studies in the French language after high school and also pursued her degree in Communication Science from Instituto Technologico de Estudios Superiores de Occidente.

Jacqueline started her career as a model and started appearing in several advertisements and magazines. She then decided to venture into pageants and went ahead to join the Nuestra Belleza Jalisco in the year 2000 which she ended up winning. She then followed the success to Nuestra Belleza Mexico. After representing the country on the national level, she was then qualified to represent on the international level. She went to participate in the Miss universe 2001 pageant but could not place among the top 3. She then directed her career towards acting and started hosting various shows and programs. In 2008, she became the host of the Mexican radio show on Vision AM and later at Univision for the 2002 FIFA world cup.

In 2002, she started her career as an actress and earned her first role as Joslyn in Complices al rescate and as Leonela I Entre el amor y el odio. She also appeared in shows like ivivan los ninos, Alegrijes y rebujos, Rubi etc. Her career in films and tv shows flourished and she appeared in movies and shows like Unexpected things, Sortilegio, The Patriarch, and many others. Recently in 2021, she was cast in the show Loli’s Luck in the role of Marina Torres for which she received great appreciation. She was also the host of the Latin American Music Awards. Other than this, she also starred in the recent Christmas movie titled Grumpy Christmas in the role of Alma.

Jacqueline is currently married to Martin Fuentes, a racetrack racer and businessman. The couple first met in 2010 and after a year of dating, they got married in 2011. A year hence, Jacqueline was pregnant with twins Martin and Jacqueline but she lost Martin soon after his birth. She then had Carolina, Renata, Emilia, and Paula they all live together in their family home.

Jacqueline Bracamontes has been working as an actress for the past decade and has earned enormous wealth over the years. She has been part of a number of movies and tv shows through which she sourced her income. Her estimated net worth as of 2021 is around $4 million, however, the information has not been confirmed.