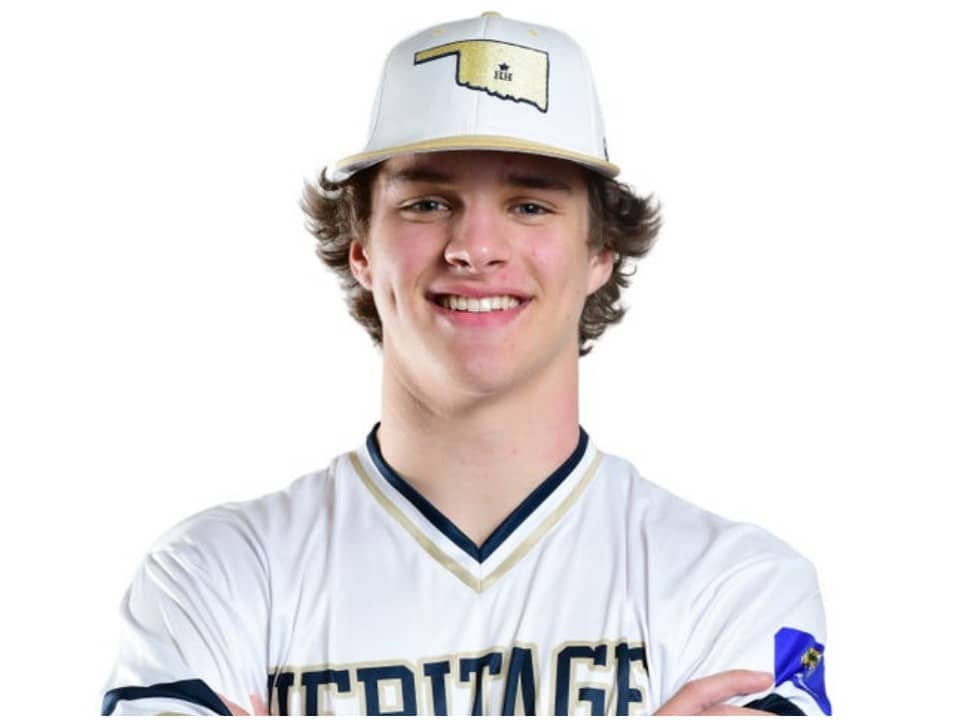 Jackson Jobe is an American baseball player who was recently selected by the Detroit Tigers as a pitcher in the 2021 MLB draft. He earlier played high school baseball and had maintained a great record.

18 years old Jackson was born on 30th July 2002 in Oklahoma City in an athletic family as his father Brandt Jobe is a well-known Golf player but much is not known about his mother. He is also known to have a sibling sister named Britten Jobe who is also an athlete. He believes in Christianity and is of white Caucasian ethnicity. Jackson attended the heritage hall school in Oklahoma City, Oklahoma, and was part of the school baseball team, and graduated in 2020. He did not pursue college studies and college baseball and instead went on for MLB draft2021.

Jackson started his baseball career in high school where he was part of the school team as a shortstop and also as a pitcher. He played with great form in his freshman and sophomore year and later in 2020, his highly skilled pitching earned him a position of right-hand pitcher in the team and he played at Perfect Game All-American classic with the team.

In his senior year in 2021, he pitched in 52.5 innings and scored 122 strikeouts which led his team to the State Championship, and was named the Oklahoma Gatorade player of the year 2021.

He then went on to become a prospect in the 2021 MLB draft and became the top high school pitcher and 7th overall prospect making a place among other top 10 prospects. Jackson was the best slider among the prospects and also the number one pitcher with the fastest speed of 99mph and an average of 96mph.  He was finally selected by Detroit Tigers in the third overall pick as a right-hand pitcher.

Jackson has not shared much about his personal life and relationships and is currently believed to be single. He is not known to have had any girlfriends in past and has also not posted anything on his social media. He is currently focused on his career and is settled in New York. Jackson is on Twitter since 2017 where he currently has 1907 followers. He also has an Instagram account where he only has 4 posts and 6363 followers.

Jackson did not earn much as he was a high school baseball player but now as he has entered the professional sport, he is ensured regular earning. His net worth as of 2021 is estimated to be around $1 million including that of his family.

Jackson is a highly skilled and hardworking pitcher who likes to give his best for the team and help to reach great results. He has been under the constant support of his father and learned how to balance life, sports, and studies. His willingness to learn and improve earned him a spot as a pitcher at the Detroit Tigers and his constant efforts and great skills will surely help the team reach heights and achieve various milestones.