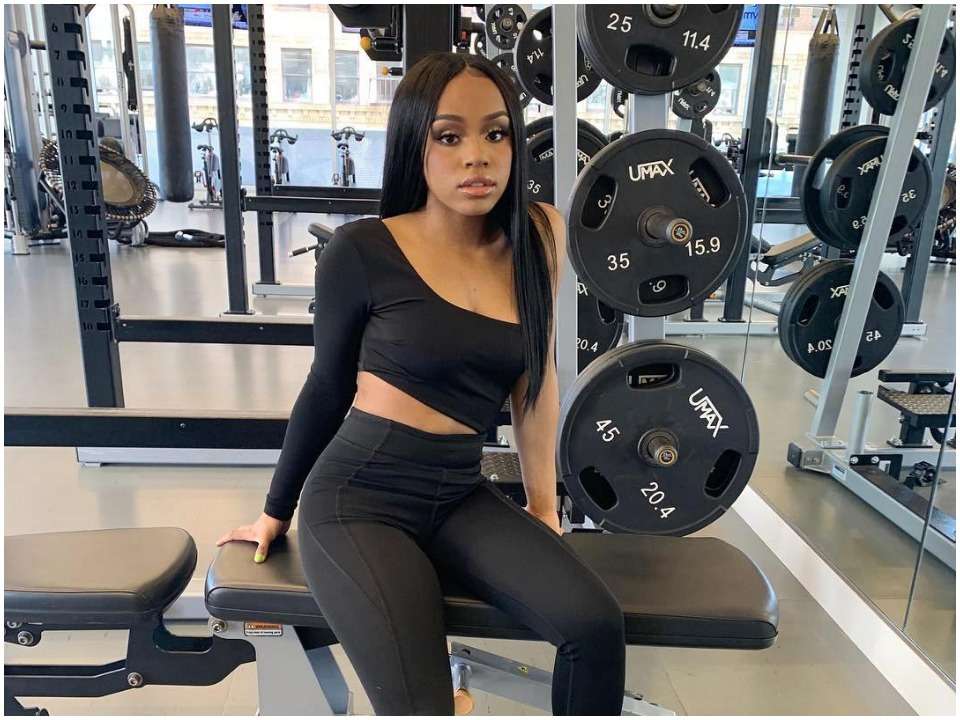 Iyanna Mayweather is an American personality who is the daughter of famous boxing legend Floyd Mayweather, Jr. and his former girlfriend, Melissa Brim. Her mother Melissa is the owner of a boutique in Las Vegas, while her father owes three other children from his other girlfriend, Josie Harris. Summing up the number of siblings she has, Iyanna is the half-sister of three siblings born to Floyd from his previous relationships and is also the sibling of one half-brother from her mother’s side. Iyanna is famous for receiving expensive gifts from her father’s side on all her birthdays to date. She often admits that she is being spoilt by her father.

Iyanna, who was born on 20th May 2000 in Nevada, Las Vegas, is one of the four children born to her biological father and the boxing legend Floyd Mayweather Jr. Due to her relationship with her father, she has two half-brothers, Koraun and Zion and one younger half-sister Jirah- all born to her father Floyd and his former girlfriend Josi Harris. Despite this, she is having another half-brother from her mother’s side. Iyanna is a graduate student of her high school, which she completed back in 2015 and later received a diploma certificate at the age of 18. She has posted a few of her pictures of her graduation ceremony on her Instagram account.

Iyanna’s parents often had to go through on-and-off relationships. After a few years when Iyanna was born, Floyd came back to Melissa, giving her a second chance in the relationship. Floyd helped Melissa raise the daughter, bought her a house, and gifted her one of her cars. Back in 2009, Floyd helped Melissa in setting up a boutique for her in Las Vegas, which was given the name Devanna Love Boutique- the parts of both of her children from different relationships. Unfortunately, Iyanna’s parents parted ways in 2012, later to which Melissa accused Floyd of assaulting her verbally and physically. She explained that in one of the incidents, Floyd hit Melissa in front of Iyanna, and because of this Floyd was arrested for two days after he was found relaxing in his house.

Iyannna’s parents started dating each other back in the late 1990s at the time when her biological mother Melissa Brim was just 16. Melissa met Floyd for the first time at the lounge of a Las Vegas casino. Soon after meeting each other, the two started dating. While Melissa was pregnant with Floyd’s child, Floyd reportedly had a conflict with his previous girlfriend, Josie. This caused both Floyd and Melissa to grow apart. However, Floyd never backed out with the responsibility of his children born through any of his girlfriends.

On the other side, Melissa started dating another man in her life. The relationship between Melissa and Floyd ended once Floyd came in touch with Melissa and apologized for traumatizing her in the past. By then, Melissa had delivered her child, shared with Floyd.

Iyanna Mayweather has worked as a singer for a short time. Back in October 2018, she released one of her song’s videos called Oh Okay Remix on YouTube. The video was made with a mix of rapping and singing, which later received mixed reviews. Despite this making-of video, Iyanna often remains active on her social media profiles. She has got nearly 762K followers on her Instagram profile and is also an impressive figure on her Twitter account having a huge fanbase. She has gathered nearly 27K followers on Twitter and also owes a YouTube channel where she often posts the videos to date.

Iyanna Mayweather is famous for being the celebrity girlfriend of the rapper NBA YoungBoy, who goes by the real name Kentrell DeSean Gaulden. Iyanna also shares a son with her boyfriend named Kentrell Gaulden Jr. born on 9th January 2021. On the other hand, NBA YoungBoy is the father of seven children born to six different women. Back in April 2021, he was reported to have an eighth child from his seventh girlfriend, Jazlyn Mychelle.

Iyanna Mayweather, the daughter of Floyd Mayweather, pleaded guilty because of stabbing Lapattra Jacobs, the mother of the rapper YoungBoy NBA’s children. The incident took place back in 2020 because of which she would be facing six years of probation. She was originally going to face criminal imprisonment of 20 years but it was waved off. Now, she is going to face a court hearing in June 2022.

Iyanna Mayweather has been known to have expensive gifts on her birthday since her birth. On her 18th birthday, she is known to receive a gift from her biological father Floyd that was an 18-carat ring worth $5 million. Floyd even organized a grand birthday party for her daughter on her 16th birthday, where singers Drake and Future performed. On her 14th birthday, Floyd was known to organize the party for his daughter where Justin Beiber was called and performed.