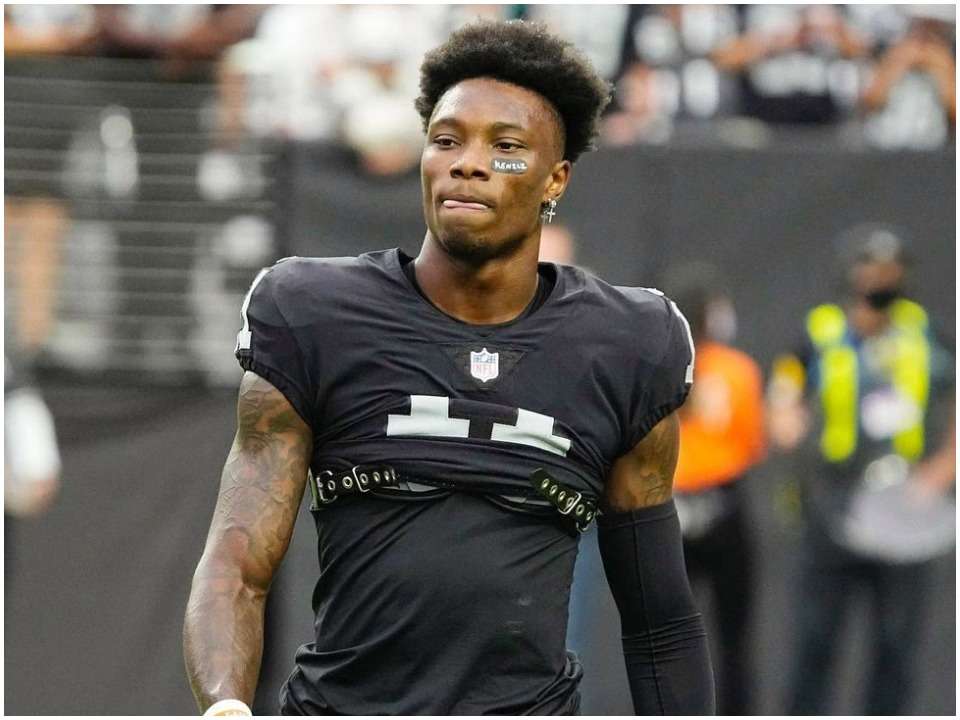 Henry Ruggs III is a free agent in the National Football League. In high school, he was a three-sport athlete who went on to play college football in Alabama. Ruggs was the fastest player at the 2020 NFL combine, and he was taken in the 1st round of the draft by the Las Vegas Raiders.

Henry Ruggs was born on January 24th, 1999 in Alabama, the US, and his father’s name is Henry Ruggs Jr. while his mother is Nataki Ruggs. Kevontae Ruggs, his younger brother, played college football for Ole Miss before transferring to Eastern Mississippi Community College in 2019. Ruggs went to school at Robert E. Lee High School whereas went to The University of Alabama for higher education. Ruggs was promoted to the varsity football squad for the final two games of the season in eighth grade. Robert E. Lee High School was his alma mater.  Ruggs didn’t start playing high school football till his junior year, and he received his first-ever scholarship offer after only his second game.

In 9 games as a senior, he had a record of 38 catches for 639 yards and 20 total touchdowns. There were nine catches, seven rushes, three passes, and one kick return among the 20 touchdowns. Ruggs also played basketball and ran track in high school, breaking the Alabama High School Athletic Association’s Class 7A record with a 10.58-second 100-meter sprint mark. Ruggs was named the second-best high school football player in Alabama by 247Sports.com in 2017. He earned football scholarship offers from over 20 institutions but chose to attend the University of Alabama.

Ruggs has 12 receptions for 229 yards and six touchdowns as a true freshman at Alabama in 2017.  He has 46 receptions for 741 yards and 11 touchdowns as a sophomore in 2018. He recorded 40 receptions for 746 yards and seven receiving touchdowns as a junior in 2019. Henry Ruggs was also the team’s primary kick returner during his junior year, averaging 23.8 yards per return. With 24 career receiving touchdowns, he ranks third all-time in Alabama history. Ruggs revealed on January 6, 2020, that he would forego his senior year and join the NFL Draft in 2020.  He ran a 4.27-second 40-yard sprint at the 2020 NFL Combine, which was the quickest by any candidate by.08 seconds and tied for fourth fastest since electronic timing began in 1999.

Ruggs’ vertical jump at the 2020 combine was 42 inches, which was tied for second-best among wide receivers. In the 2020 NFL Draft, the Las Vegas Raiders selected Ruggs with the 12th overall choice, making him the first wide receiver drafted. Ruggs became the Raiders’ first-ever draught pick after the team relocated from Oakland earlier in the 2020 offseason. He joins 2019 first-round running back Josh Jacobs as the Raiders’ second consecutive first-round pick from the University of Alabama. Ruggs and the Raiders agreed to terms on a four-year, $16.67 million contract on July 21, 2020, with a team option for a fifth year.

Ruggs made his NFL debut against the Carolina Panthers on September 13, 2020, finishing with three receptions for 55 yards in a 34–30 win. Ruggs had 118 receiving yards on his two receptions in Week 5 against the Kansas City Chiefs, including a 72-yard score, his first NFL career touchdown, as the Raiders won 40–32. He had three catches for 84 yards in Week 13 against the New York Jets, including a 46-yard touchdown reception with 5 seconds left in the game to help the Raiders win 31–28.  On December 15, 2020, the team placed him on the reserve/COVID-19 list, and he was activated on December 24.

Rudy Washington, his girlfriend, is the love of his life. She is a YouTuber and a volleyball player. They’ve been together since high school and have since had one child together. They live in the state of Nevada in the United States. Ruggs welcomed her daughter Kenzli on May 7, 2020.

On November 2nd, 2021, at 3:39 a.m., the LVMPD responded to a traffic collision between a Chevrolet Corvette and a Toyota Rav4 near the intersection of South Rainbow Boulevard and South Spring Valley Parkway. The Toyota was on fire when first responders arrived, with a deceased victim inside. According to a preliminary search, the front of the Chevrolet collided with the back of the Toyota. Ruggs, the Chevrolet’s driver, remained at the scene and “showed signs of impairment.” He was sent to UMCSN to be treated for injuries that were not life-threatening. Ruggs is likely to face charges of DUI causing death.

Ruggs is active on social media platforms Instagram he has over 450k followers with 68 posts. On Twitter, Ruggs has 117k Followers. He seems active on both platforms. Henry Ruggs inked a four-year agreement with the Raiders worth $16,671,626, including a $9,684,820 signing bonus, according to spotstrac.com. Ruggs’ compensation was totally guaranteed, with an average income of well over $4 million.