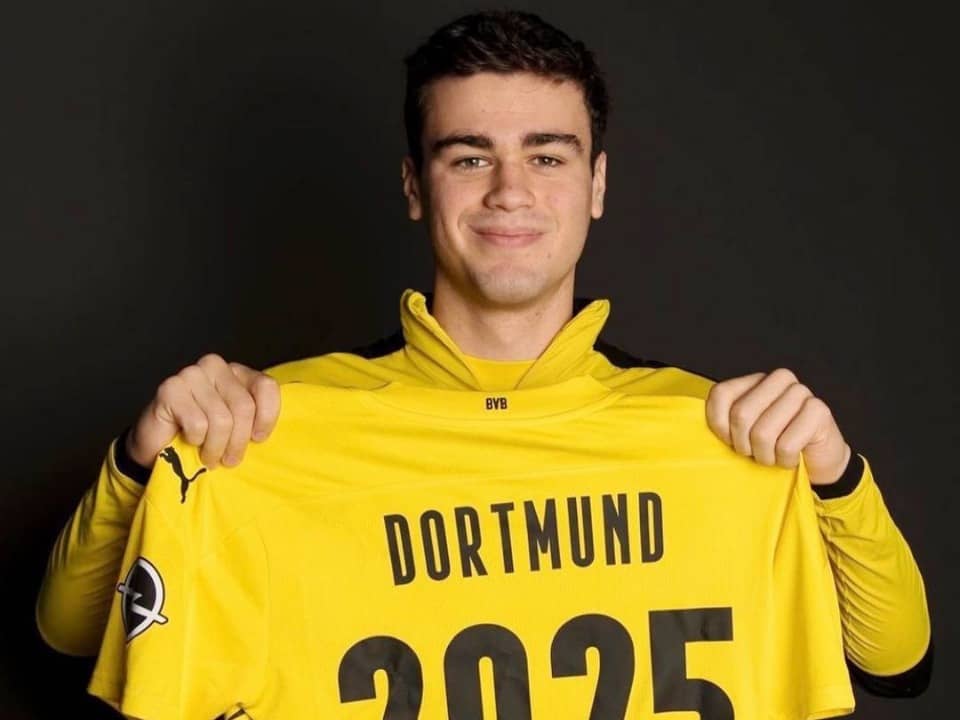 Giovanni Reyna is a Portuguese and Argentine former professional soccer player, who moves and gameplay makes his fans love and appreciate him more. The athlete plays for Bundesliga club Borussia Dortmund and the United States national team. He plays at the position of attacking midfielder. Giovanni is best known for being included in ‘The Guardian’s Next Generation 2019’. He has reserved his place in the list of best players of history and is proud to represent his country.

Giovanni Alejandro Reyna was born on 13th November 2002 in his hometown Sunderland, England to parents Claudio and Daniella Egan Reyna. He grew up alongside his siblings namely, Jack, Joah, Carolina Reyna. His older brother Jack died due to brain cancer at the age of 13. His father is a former Rangers, Sunderland Manchester City, New York City Red Bulls, and the United States player while his mother is a former member of the United States women’s national soccer team.

The family has to shift from England when Giovanni was at a young age because of his father, who decided to sign for the New York Red Bulls. Following his father’s footprints, Reyna joined the New York City FC Youth Academy. He spent his teenage days with the academy, gradually becoming an expert at his gameplay. There are no details available regarding his education and qualification.

The sports personality, Reyna grew up playing soccer and initiated his professional career by playing with the United States’ youth teams in 2019, where he took experience and improved his game. Later in 2019, moved to Germany and joined Borussia Dortmund’s academy. Where he amazed the coach and the teammates through his play. A year later, he got promoted to the club’s first team. He made his professional and Bundesliga debut in January 2020. In his debut, he played as a substitute in the 72nd minute against FC Augsburg breaking the record and became the youngest American ever to appear in Bundesliga.

He scored the first goal on 4th February 2020 of his entire career till then in the DFB-Pokal Round of 16Fixture against Werder Bremen. On 18th February, he made it to UEFA Champions League against PSG, where he set up Erling Haaland’s game-winning goal for Borussia Dortmund. In his Bundesliga debut, he set up a goal against Borussia Monchengladbach. Later in November 2020, he signed a long-term contract with Dortmund till 2025. Reyna scored his first international goal in a win over Panama.

The player has raised the stakes high by gaining a huge buzz from his fans over social media. He is famous in the field as well as on virtual platforms. On his Instagram @gioareyna, he has earned 422k followers, where he posts his victories and accomplishments. He also shares fun pictures with his friends, teammates, and family. On his Twitter, there are many fan pages where his fans post his videos playing soccer and flaunt his wins.

The handsome athlete is not found linked with anyone yet. Nor there are any details available about his past relationships. He is too young to get married. It is not known if the player has a secret girlfriend or not. So, for time being, we assume that he is still single and soon find his partner in the upcoming years.

The young soccer player, Giovanni Reyna is a rising talent. Alongside his profession, he earns income from bonuses and endorsements. His estimated salary is around 1 million Euros while his salary being a Dortmund player is 2.5 million. In near future, he will surely land lucrative offers from the top clubs in Europe. However, his market value is set at 30 million Euros. He will soon raise his worth and live more lavishly and lead a successful career ahead.