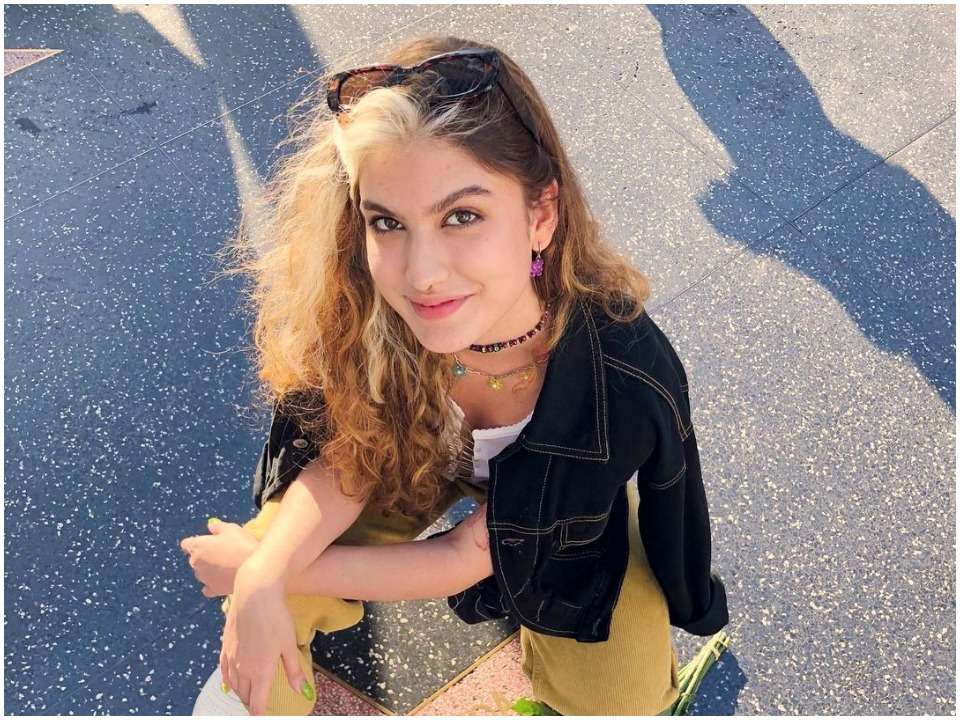 Giovanna Grigio, in full, Giovanna Grigio dos Santos is an actress, singer, and Brazilian personality. She began her career as a child actress with the television appearance for the program “O Melhor do Brasil”. Later, she gained her popularity in 2013 when she became the protagonist in the Brazilian remake of telenovela Chiquititas. In 2017, she became even more popular when she was brought to the role of character Samantha Lambertini in “Malação: Viva a Diferença”. In 2022, she gained international success when she came to join the cast series called Rebel from Netflix.

Giovanna Grigio was born on 19th January 1998 and as of 2022, she is 24 years old. Grigio was six months old when she first started appearing on television. She participated in television commercials and advertising campaigns and also worked for different magazines. In 2007, when she was nine years old, she began studying at the theater- Fundação das Artes in São Caetano do Sul (SP), where she got busy for another five years of her life. Later in 2019, Grigio started studying animation design in São Paulo. Although she developed her passion for acting skills later in life, she says that she was a big fan of making drawings especially when it comes to self-portraits. She says that drawing is like a therapeutic session for her. She likes to portrait herself and consider herself an inspiration for her skills.

In 2007, at the age of nine, Grigio debuted for the program O Melhor do Brasil that used to be telecast on Record TV. In the same year, she was provided with another role for the film Sol Para Few. Later in 2009, she was hired for the Band Kids, for which she became the presenter. She stayed with the band until 15th March 2010 when the program was redesigned. At the age of 14 in 2012, Grigio auditioned for the telenovela Chiquititas , on SBT. Later, she received the information that she had been approved (based on her audition) and would be given the role of protagonist Mili that was earlier in the hands of Fernanda Souza in the first version. Grigio also recorded the soundtrack for SBT Music which included the three studio albums.

In 2014, the telenovela was renewed for another year and was telecasted until 14th August 2015 but Grigio didn’t get her contract renewed with SBT. On 18th January 2016, Grigio landed a role in the soap opera Êta Mundo Bom! Where she played the role of Gerusa who was being raised by her grandmother and was deeply in love with her fiance. Her character rose to have many health problems resulting from leukemia. Thereafter, in April 2017, she joined the cast of the soap opera Malhação: Viva a Diferença. The soap opera featured two teen girls kissing each other.

While celebrating the repercussions of the scene on the internet, the actress wrote “No one will be able to tell us how to love”. In February 2019, Giovanna starred in the film Cinderella Pop. She was highly appreciated for this particular role where her character tries to make out the things for her best friend. On 1st March 2021, it was announced that Netflix would be streaming with the remake of the Mexican telenovela Rebelde and Grigio would be given the leading role for the series. The series was filmed in Mexico and the actress is said to play the character Emilia who is a teenage personality. The series will be released on 5th January 2022.

In June 2016, at the age of 18, Giovanna Grigio stated that she never dated anyone in her life. She said that she has yet not found her first love, nothing has happened in her life and she never dated any boy of course. Later in the same year in October, she was rumored to be dating actor and singer Johnny Baroli. Johnny Baroli is the lead singer of the band Trio Yeah. The pair have together worked on the musical Meninos e Meninas. But, their relationship lasted six months and they ended up in January 2017.

No doubt, Grigio has done hard work in her entire professional life. She became a child actress and when she was six months old, she started appearing on television. Her exact net worth is not known. However, it is assumed she might be earning a net worth of around $1 million. She has gathered a huge fan following.