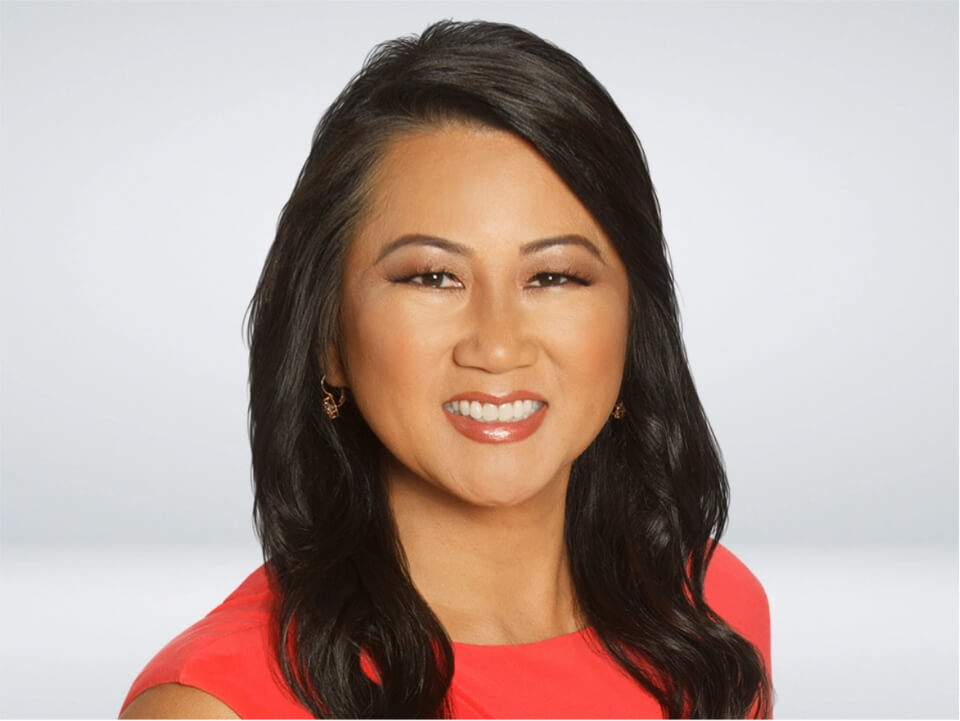 Ginger Chan is an American reporter who works for KTLA 5, in Los Angeles. Her experience includes work in the marketing and public relations industry.

Ginger Chan was born on 21 August (the year is unknown, and she appears to be somewhere around her 40s). She shared her childhood with other siblings and was brought up in Los Angeles. Ginger’s father was an architect engineer, and her mother was a junior math school teacher. Ginger graduated from the University of Southern California with a degree in broadcast journalism and political science.

Ginger rise to fame through her hard work as a TV anchor and news reporter in Orange County and Huntsville, Ala., where she hunted tornadoes in the city. She went on her first helicopter ride with the sheriff’s department. During that time, she was a famous news personality found on television.

Ginger Chan began her professional work at 102.7 KIIS-FM with Ryan Seacrest as a college intern. She reports the traffic and covers the news as a fill-in for Ellen K. She spent her mornings and afternoons soaring over the skies of Southern California flying in a Cessna 172, covering traffic for shows on KLAC-AM. Additionally, she worked with well-known figures such as Fred Roggin, T.J. Simers, Petros Papadakis, and Matt. In addition to her traffic duties, she anchored the weekend news for the top-rated talk radio station, KFI-AM, a nationally recognized talk radio station.

She has also worked as a radio personality, “jockeying” for California stations in Redlands, Bakersfield, and San Diego. She also serves as a Senior Vice president of communications with the Endeavor company. In March 2008, she joined the KTLA family, the traffic and news reporter from the helicopter, Sky5. Currently, she assists commuters in steering clear of collisions and construction projects in the morning every weekday from 4 a.m. to 10 a.m.

Ginger is a huge supporter of Firecracker. On 26 February 2021, she shared her emotions and revealed on Instagram that she had the honor of being a part of the #firecracker10k for over 13 years to benefit the #losangeles community & #lachinatown charities.

Ginger Chan is a married woman. She is married to Mark Kono. Her husband is a Sky5 helicopter pilot and a well-known reporter for KTLA-TV Morning News. The couple has a son and a set of twin girls. The son’s name is Ryder Kono, he turned 11 years old in December 2021. She says one of the first words her son could say was “helicopter.” In May 2011, the couple welcomed twin daughters, adding more happiness to their lives. The two daughters’ names are Devyn Rose Kono & Alyssa Doris Kono. On 2 July 2021, she shared her family pictures on Instagram with msg –

“I’m honored to celebrate the 30th anniversary with my family & friends this & next week.”

Ginger Chan is a talented and hard-working American journalist. It is safe to say that Ginger Chan earned an estimated net worth between $3 – $5 million due to her work experience in the marketing and public relations industry.