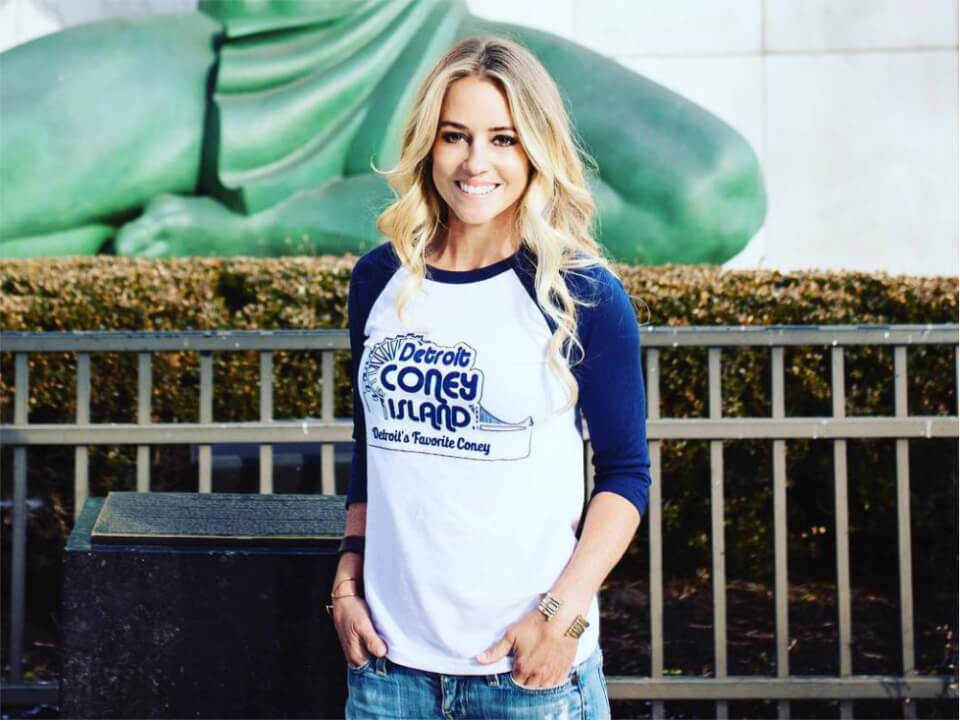 Nicole Curtis is an American Television presenter, realtor, and author famously known for hosting the show Rehab Addict on HGTV. She is well-known for her passion for designing and rehabilitating and is now back with another show “Lake House Rescue” this year.

Nicole Curtis was born on 20th August 1976 in Lake Orion, Michigan, USA. She grew up with her parents Rod and Curtis, Joanie Curtis, and her brother Ryan Curtis. Nicole has not shared much about her early life in fact she committed to marriage at the early age of 20 after which she moved on to build her career as a single mother. She is believed to be Christian. Nicole is known to have completed her college education at the University of Michigan but has not shared the details about her graduation, her subject majors, and her experience. She has also not shared much about her other qualifications.

Nicole Curtis started her career in real estate and house restoration. She became a licensed realtor with Keller Williams. Meanwhile, she also started working towards rehabilitating old houses and designing them after which she was offered the show Rehab Addict the on HGTV network. She has been appearing on the show since its debut in 2010. Her show was initially shot in Minneapolis and later after 4th season, Nicole started rehabilitating houses in Detroit. The show ran for 8 seasons which did wonders for Nicole’s career.

She became a household name and people loved how she designed and rehabilitated old houses. The show was stopped in 2018 after Nicole pulled out of the show due to personal reasons but has now returned back on the HGTV network with more in store for the viewers. The same crew is also set to film new shows on the channel. The show is back with a spin-off titled “Lake House Rescue” which started airing on 3rd November 2022. Nicole is also an author and has authored the book titled Better Than New: Lessons I’ve learned from saving old homes (& how they saved me).

Nichole is a divorced single mother of two sons Ethan and Harper. She was earlier married to her ex-husband Steve Lane whom she divorced in 2009. She was only 20 years old when she had her older son Ethan and struggled as a single mother while trying to build her career on HGTV. Her younger son Harper was born in 2015 in secret wither her ex-boyfriend Shane Maguire. Nichole’s long-term friend and collaborator Bobby Prothero had a daughter named Tessa. She was immensely loved by Nichole and the whole of the crew. She died due to cancer at a very young age which left a huge impact on Nichole as well.

Nicole Curtis has been in the television industry for the past several years and has earned a lot of income as the presenter of one of the most famous shows. She is believed to lead a lavish lifestyle and her net worth is estimated to be around $5 million.