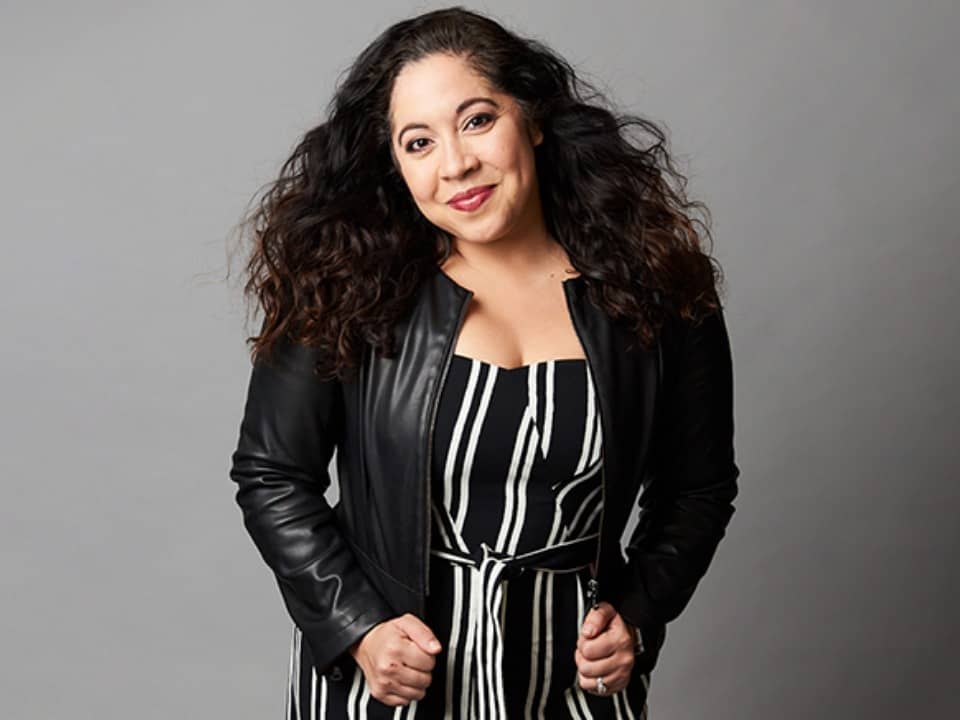 Gina Brillon is America based comedian, writer, and actress. She is well-known for her work on the show named Gina Brillon: Pacifically Speaking (comedy special) and Gina Brillon: The Floor is Lava (comedy special). She attended the audition of season 16 of America’s Got Talent and later received verified votes for her performance. Currently, she has secured her place in the finals of the show which will be aired live on 14th September 2021.

Gina Brillon was born on 7th April 1980 and nurtured in Bronx, New York. She has been a well-known stand-up comic since she was 17 years old. In 2012, she appeared on NBC’s reality show named Stand-Up for Diversity Showcase where she hosted as the primary public figure. Later, she was selected as a “New Face” at the “Montreal Just For Laughs” festival. In 2015, she released her first-ever film called “Gina Brillon: Pacifically Speaking” which was further produced by Gabriel Iglesias.

She released a podcast that was named Mess In Progress: A Homegirls Guide To Self-Help and co-hosted by Katherine G. Mendoza. Brillon’s Television series that was based on a comedy special and named Gina Brillon: The Floor is Lava won a Gracie Award in 2021 and was nominated for an Imagen Awards. Brillon also appeared on the different shows and to name some, it included Kevin Can Wait, The Conners, The Art of Comedy, and Jimmy Kimmel Live. The sixteenth season of AGT is about to approach the finals.

Comedian Gina who impressed the judges with her outstanding performance in auditions, then in the quarterfinals; has earned a hilarious and pretty good image or slot in the finals. The judges had a lot of things to say about her and her performance in the show. Out of all judges, Howie Mandel seems to be particularly enthusiastic about Brillon’s performance. Howie Mandel called her performances to be “Legendary” to which Brillon commented that it was hard for her to accept that she has reached the finals. Seeing the beginning of her performances, Brillon earned two golden buzzers and was made for one time in the risk position.

She said that she was always inspired and encouraged by the judges who all gave her a standing ovation after her recent performance. Howie Mandel who is a well-known and well-established comedian in the panel of judges not only commended Brillon for her performances but also praised her after her semi-finals performance and used to consider himself to be a big fan of her. He divulged that his wife is also a big fan of her and is one of her favorites who used to call her “superstar”. He further added that the time when he saw the semi-finals’ performance of Brillon, he was highly esteemed and praised her for what a performance should be meant for a comedian.

Not only this, but Howie Mandel also praised Brillon for working the clubs in between AGT performances. On the other hand, Gina explained that the comments from the side of Howie Mandel (even any advice, feedback, or praise) means a lot for her which further makes a good background for her being as a comedian. Her performances and spirit made her gain consistent praise from Mandel will continue to light a fire inside her. She said that she will continuously push herself to be a part of her great performances not for only Mandel’s praise but for herself.

Gina and her husband Jeremy Oren is living a happy married life for more than three years now. During this span of time, their love grew stronger each passing year reached a level that they can’t imagine a life without each other. Jeremy is a freelance pianist who supports his wife in every situation of her life. From this marriage, the couple is blessed with an adorable and charming boy named Jayden Oren.