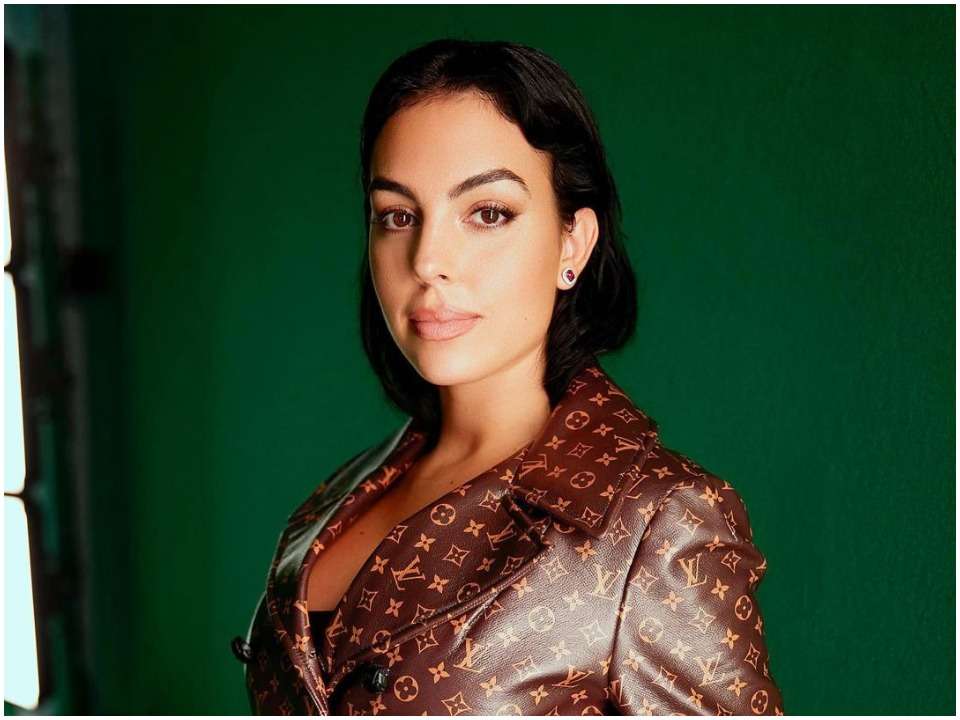 Georgina Rodríguez Hernández is a Spanish model and businesswoman. She was born in Argentina and brought up in Jaca. She became known to the famous soccer player Cristiano Ronaldo in 2017. The couple together attended many events and remained popular on the news channels coming as famous highlights. Since then, Georgina has starred in many catwalks, reports, magazine fashion shows, and TV shows.

Georgina Rodriguez was born on 27th January 1994 in Buenos Aires, Argentina but she spent her life in the north of Spain in Jaca, Aragon. She is the daughter of her loving and caring parents named Jorge Rodríguez (who is Argentinian) and Ana María Hernández (who is a Spanish personality). Her mother Ana confessed in one of her interviews that she is the daughter of an Argentinian father and a Murcian mother. Ana Rodriguez moved and lived in Jaca. She was an employee in a Gucci store in Madrid for a few months and later switched her job to the Prada store in EL Corte Ingles.

Georgina made her commitment to modeling with the UNO Models modeling agency in 2017. She has worked with a few of the branded and high-profile names in her career like Grazia, Men’s Health, Glamorous, and Yamamay and has also remained an ambassador for the bikini brand Pretty Little Things. Georgina has got herself covered in national-level magazines such as Vogue or La Gazzetta Dello Sport. She has worked as a model and became one of the most followed Spanish girls in 2018. Georgina became the limelight of social media networks including Instagram from where she began her career as a social media influencer. In the subsequent years, she managed to gather around 27 million followers on social media and became an overnight phenomenon.

In November 2019, she was spotted at the MTV Europe Music Awards gala and presented an award to the Spanish singer Rosalia. Later in February 2020, she made her debut as a presenter at the Sanremo Song Festival. Afterward, she started appearing in several films, and music festivals as a celebrity guest. She attended a few of the festivals such as the Venice International Film Festival in its 77th and 78th editions in 1920 or the Cannes Film Festival in 2021. In February 2021, she debuted her clothing brand called “OM By G”. In the same year, she got signed by Netflix to make a documentary film on her own life. The recording started back in May and had its first presentation at the festival de Vitoria. The show will be released on 27th January 2022 through Netflix.

Georgina came into a love affair with Cristiano Ronaldo in mid-2016. However, they officially confirmed their relationship after a year. The couple together had their first daughter named Alana Martina in November 2017. Alana is the first daughter of Georgina and Ronaldo’s fourth daughter. The couple is blessed with their second child Bella Esmeralda on 18th April 2022. Georgina and Cristiano are now fulfilling their duties of raising five children together.

How did Georgina Rodríguez meet Cristiano Ronaldo back in 2016?

Before meeting Ronaldo, Georgina was working at a Gucci store in the Spanish capital of Madrid. It is believed that the Spanish beauty caught the eye of Ronaldo while being at the VIP area of a Dolce & Gabbana event. The couple appeared to date each other a few months after. At that time, the famous soccer player Ronaldo was dating the fitness model Cassandre Davis in August 2016. Although it was difficult for Ronaldo and Georgina to come together, their first public date was in mid-November 2016. On 23rd February 2017, Ronaldo joked to one of his friends telling him to “be careful” when he uploaded one of his pictures with Georgina. Despite all secrecy maintained by the couple, the Italian magazine Chi was able to identify Ronaldo while being in a love interest with Georgina.

On 12th November 2017, Georgina gave birth to a daughter named Alana Marina with Ronaldo. She posted one of the pictures on Instagram expressing her love saying that they both are happy together with the baby. Just after two years, the pair were forced into the rumors that they had been hitched in a low-key ceremony in Morocco. On 28th October 2021, Ronaldo and Georgina confirmed to the public through social media that they will be welcoming twins next year. This week in January 2022, Georgina will be highlighted in the new show on Netflix called “I am Georgina” which is all set to premiere on the streaming site.

Georgina is the partner of the great soccer player Ronaldo, who is one of the highest-paid footballers of the season. On the other hand, the Spanish model is also having a highly valuable professional career. Georgina Rodriguez is estimated to earn a net worth of around $10 million.