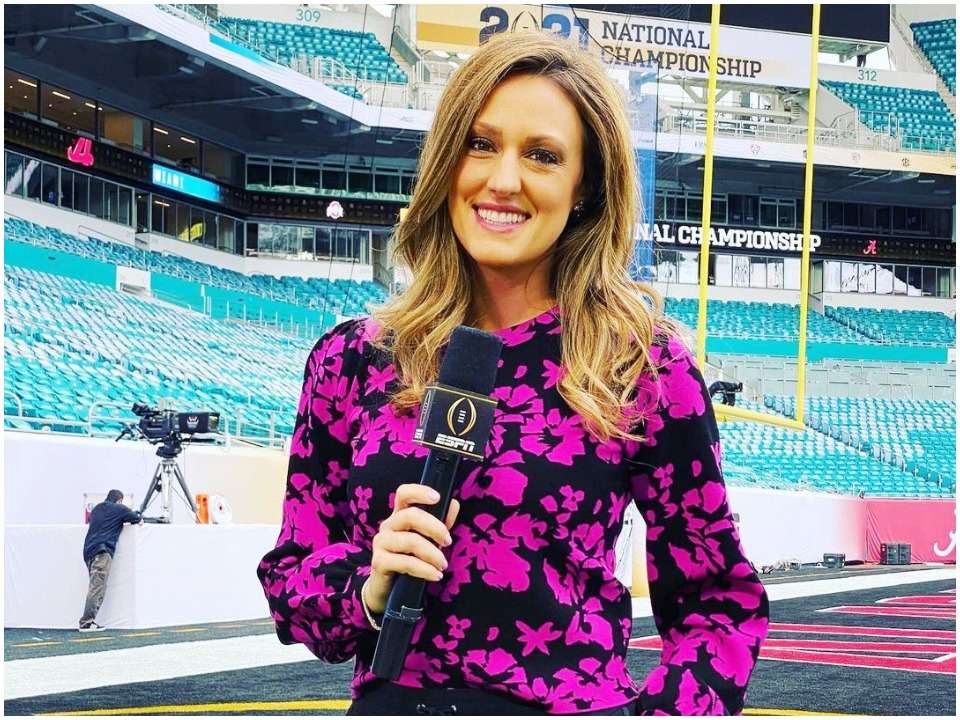 Allison Williams is a former sportscaster who has worked with ESPN for years. She has dedicated a part of her life to doing pregame/postgame shows for Marlins live. She also used to do field reporting along with the color commentator Tommy Hutton.

Allison Williams was born on 18th January 1984. She was brought up in Michigan where she also received her education during her childhood stage. She went to the University of Miami in 2006 and graduated with a degree in broadcast journalism.

Williams used to work as a sideline reporter. She worked on “Marlins Live” for Miami Merlins and hosted pregame and postgame shows. Previously, she did reporting on Florida Panthers along with a play-by-play man named Steve Goldstein and a color analyst named Bill Lindsay. In addition, Williams worked as a sideline reporter for college football and basketball shows for ESPN.

The long-time reporter named Allison Williams decided to leave ESPN after it was made a mandate by the company that all employees should get vaccinated against the pandemic COVID-19. She has devoted 15 years of her life to ESPN. In the last 15 years, she decided last month and announced the same for the first time that she would be leaving her position as sideline reporter. She used to work for a college football broadcast for ESPN. She has declined the vaccine. The network made some mandate regulations regarding the vaccine and made it compulsory that all employees should get vaccinated at the beginning of August. Since then, Williams has decided to leave the network. The mandate regulations were first limited to staffers which later got extended to everyone in the network.

On Friday, i.e. 15th October 2021, she posted a five-minute video on her social media platform where she explained her decision of leaving the network. She said that the decision ethically and morally is not aligned with her own decision as she and her husband are looking forward to having another child in their family. Williams cited a piece of evidence while saying that getting vaccinated is one of the main reasons behind getting unfit for health and is one of the major reasons she is choosing to decline the company’s mandate regulations. On the other hand, the Centers for Disease Control have confirmed that currently, there is no complication evidence due to the COVID vaccine and it does not imitate any infertility in men and women.

Allison is the wife and mother of a son. However, she has not shared the details of her husband and her child with the media outlet. She has kept her life private from the public’s eye. Williams is the perfect example of great looks and a charming personality who has devoted many years while working on-field and off-field for ESPN. She has gained an attractive appearance on the show of ESPN.

Allison is the ideal mix of a stunning personality with the ability to break through the odds. She is fortifying personality and is great to watch when filmed on screen. Allison guarantees to draw the consideration of the crowd with super-rich looks and magnificent or trademark class. She hardly shares anything about her love or married life. It is confirmed that she is married but there would hardly be any detail available on her husband and other family members.

A journalist earns an annual salary within the range of $24,000 to $72,000 with an hourly average wage of $10.15 to $31.32. Allison Williams is estimated to earn somewhere between this range. Likewise, it is confirmed that she can accumulate a lavish lifestyle as she has been a great television performer who is appearing on the screen for many years. She has enjoyed a long-term journalism career. She has proceeded with the work of a sportscaster and can catch good fortune as her estimated net worth is around $1 million.