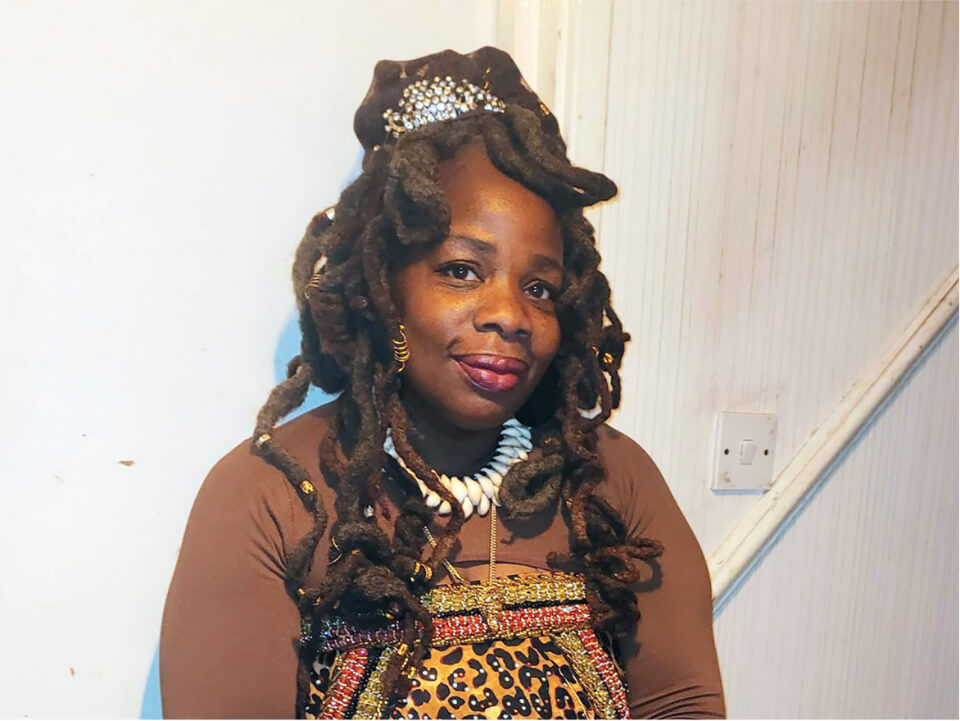 Ngozi Fulani is a well-reputable British entrepreneur and social personality in the United Kingdom. Her full name is Ngozi Headley Fulani. She served as Independent British Domestic Violence Advisor. She represents the domestic violence charity Sistah Space. Fulani is the founder and serves as the CEO of Sistah Space in London.

Ngozi Fulani was born on 27th February 1965 in London. As of 2022, she is 57 years old now. She holds British nationality and belongs to women of African and Caribbean heritage. Her father’s name was Gladstone Headley, and her mother’s name was Mildred. She completed her education at South Kilburn High School. She did her Master in Arts from SOAS University of London, the School of Oriental and African Studies and majored in African Film, Music, and Performance.

At the age of eighteen years old, she left her family and adjusted herself in a small apartment and then relocated to Hackney. Later, she acquired her postgraduate degree from the Royal Central School of Speech And Drama and majored in Secondary Education and teaching.

She started her dancing career at 23 and also served as a traditional African dance teacher in Hackney for 20 years. Ngozi is successfully running the Emashi Dance ensemble for many years. Presently, she is working as Independent Domestic and Sexual Violence advisor at Sistah Space. Sistah Space is a community-based non-profit founded in November 2015. The community provides a safe space and support network for black women and African and Caribbean heritage women who have experienced violence or sexual harassment.  She helps women of African and Caribbean heritage across the UK who have faced domestic and sexual abuse. Her work experience includes providing safety and support for African and Caribbean women. She also supports young girls who suffer from domestic or sexual abuse. Apart from this, she is a professional African dancer.

Ngozi was humiliated and racially abused at Buckingham palace by Prince William’s godmother Lazy Susan Hussey. Ngozi was asked about her background and later she revealed that the way she was asked about her belongings was humiliating. Lady Hussey also asked to see her badge asking repeatedly and challenging her or questioning her about where she belonged to. She was racially profiled at the palace which has truly been painful. This is the same palace that bullied Meghan a biracial black woman throughout her pregnancy. Ngozi said that she visited the United States for the purpose of attending the Earth shot Prize Awards, but this event ruined her experiences.

Ngozi Fulani is a married woman. She is married to Mr. Headley. The couple is blessed with three children and their names are Kas Headley, Adwa Headley Stushie, and Djan Headley.

Ngozi is a philanthropist and prefers a simple lifestyle. She earns her income from her profession as Independent Domestic and Sexual Violence advisor at Sistah Space. Since 2015, mostly she gave her income away to charity. It is safe to say that Ngozi Fulani estimated net worth is around $3 million dollars in 2022.